When their father became the first man to walk on the moon, Rick Armstrong was 12 years old and his little brother Mark was six. As the two men walk into the room at NASA's Kennedy Space Centre, it isn't hard to see in their faces an echo of their younger selves.

Life after the moon landing was perhaps a little out of the ordinary, but both recall their shared childhood as mostly ordinary, despite the fact that their dad was working for NASA and, in 1969, wrote himself into the history books, taking one small step, and one giant leap for mankind.

"I don't think dad was any different when he came back," recalls Rick Armstrong. "What changed was the attention from the outside, from people that wanted his autograph or a photo or whatever. That went up quite a bit and we didn't really know how to handle that. We kind of had to make it up as we went along.

"He was getting 10,000 pieces of mail a day or something like that for a while after the flight," Rick recalls. "You just can't even comprehend how someone could deal with that. He had a number of secretaries to help him. But we tried to be as normal as we could. It took a while to figure out." 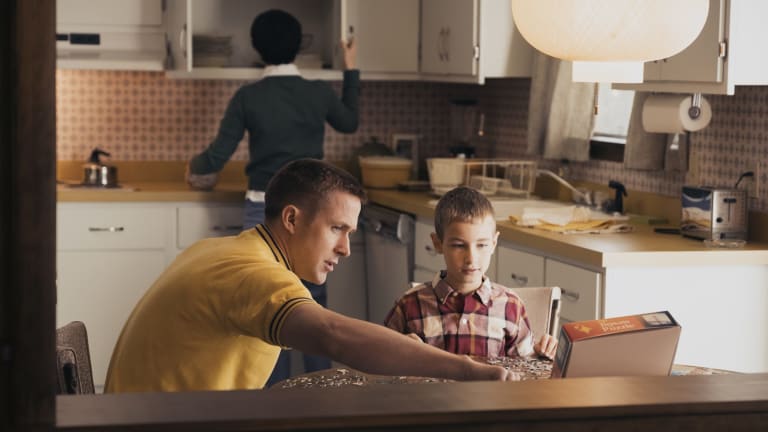 The pair were among the army of consultants who worked on First Man with Damien Chazelle and Ryan Gosling, offering their insights into a man who, his two sons say, was to some extent misunderstood.

"I think one of the things that this film does is kind of eradicates some gross mis-characterisations of our father," Mark Armstrong says. "He was not reclusive, that's a ridiculous notion for anybody that knew him. Private man, yeah. Quiet, yeah. But he would open up, too, and he was fun loving and he had a sense of humour.

"I think it's nice to see a movie show him as a hard-working guy, kind of quiet but with a sense of humour," Mark adds. "That was dad. Part of me wishes the movie were five times longer because there's so many other facets of him that you just can't show in a two-hour movie."

One of the most poignant scenes in the film is when Neil Armstrong (Ryan Gosling), compelled by his wife Janet (Claire Foy), sits his two sons down to explain to them that he may not return from the Apollo 11 mission. 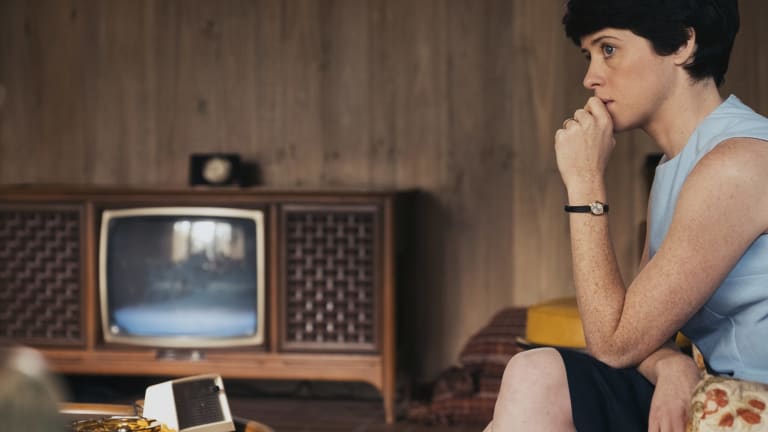 The scene, as it is played out in the film, is "pretty much" how it happened, Rick recalls.

"The lines that Ryan has came from me as best as I remember exactly what he said," Rick says. "The only sort of difference in reality is that I don't think I asked him, are you coming back? Because I didn't have any doubt that he was coming back. It wouldn't have been anything that I was worried about. I knew he was coming back." 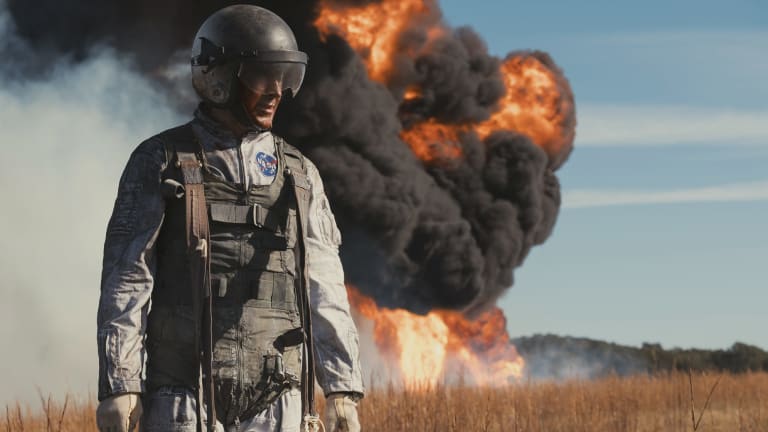 Gosling as Armstrong in First Man.

Mark gives credit to the strength of his late mother, Janet.

"The amazing thing in retrospect is that neither one of us left that meeting with any worry, with any concern," Mark recalls. "Mum must have been terrified, just terrified. Especially after seeing Pat White and what happened to her husband and her family and to Pat emotionally. It's a heroic feat that she hid that concern and the terror she must have felt from us."

First Man is released on October 11