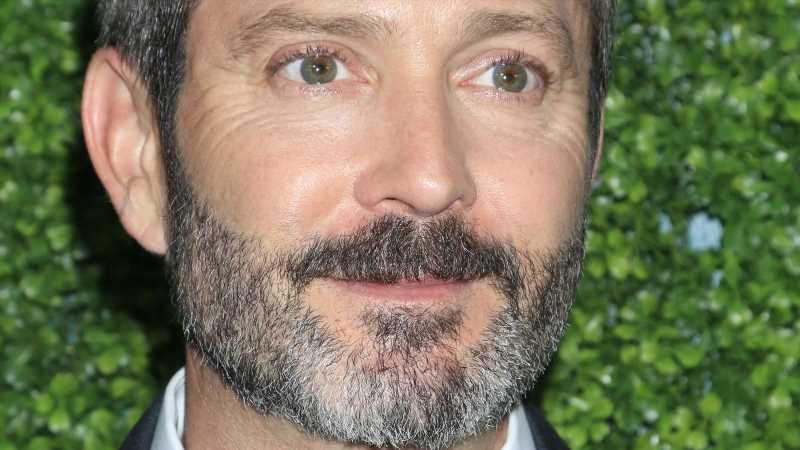 Thomas Lennon is perhaps best known for starring as Lieutenant Jim Dangle on Comedy Central’s “Reno 911!,” which ran from 2003 until 2009. He also cracked up audiences as Thayer in “How to Lose a Guy in 10 Days” and as Boyle in “Brooklyn Nine-Nine.” In fact, he’s popped up in more places than you probably realize!

But before the fame, Lennon was just another teenager learning the ropes of comedy at Northwestern University’s theater camp, according to Celebrity Net Worth. Lennon went on to attend New York University, and joined The New Group comedy troupe with Kerri Kenney where they performed in dining halls, parks, and basically anywhere to attract attention. Lennon’s hard work paid off as he starred in his first feature film, 1991’s “Aisle Six” which was directed by David Wain.

The New Group later called themselves The State, and they worked on the MTV show “You Wrote It, You Watch It,” which starred John Stewart. The comedy troupe also made classics like Comedy Central’s “Stella” and much more. In other words, Lennon was in good company. The figure has continued to make his mark on comedy over the years, but fans might be curious as to how much money he really has. Keep reading for more details.

Thomas Lennon is worth an estimated $8 million, according to Celebrity Net Worth. His IMDb is nothing short of impressive, with more than 170 acting credits to his name. He’s starred on “Archer,” “Bob’s Burgers,” “Santa Clarita Diet,” “The Odd Couple,” “Don’t Trust the B*** in Apartment 23,” “How I Met Your Mother” and even appeared on a few episodes of “Friends.” He’s also lent his talents to movies like “I Love You, Man,” “Balls of Fury,” “The Divorce” and “17 Again,” among others.

Lennon reportedly spends his hard-earned cash on real estate. According to the Los Angeles Times, in 2009, he and his wife Jenny Robertson purchased a house in the Hancock Park neighborhood of Los Angeles, Calif. for $2,175,000. The four-bedroom home is equipped with a pool, spa, and outdoor fireplace.

Lennon spoke to Deadline in August 2020 about reviving “Reno 911” on the (now axed) Quibi, which earned him an Emmy nomination (he also did those funny announcements at the 2020 awards show). “I know not that many people have the new episodes yet, but with absolutely no irony, I think the 25 six-to-eight minute episodes we did for Quibi are by far the strongest work we’ve ever done. And I actually think there’s a good chance that the super-short format just makes it better,” he said.