The director Eric Appel narrates a scene from the film. 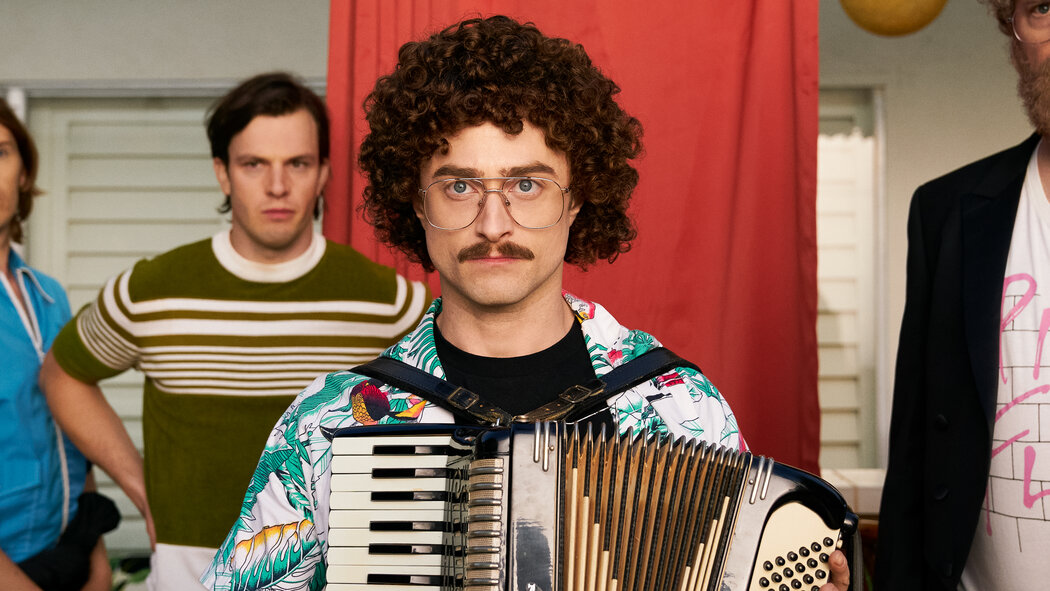 You know that moment in biopics when artists find inspiration for the songs that will go on to become giant hits? You might see just a little bit of it in a movie like “Respect,” or in a scene from “Ray” that may lead one to hit the road.

The makers of the new (mostly faux) biopic “Weird: The Al Yankovic Story” play off those moments with this scene, featuring Daniel Radcliffe as a college-age Al Yankovic who just wants to fulfill his dream of making up lyrics to a song that already exists.

He finds inspiration in a package of bologna, as the song “My Sharona” by the Knack plays on the radio. (In this film, like in Weird Al's song, bologna is pronounced in the way that rhymes with Sharona).

Narrating the scene, the director Eric Appel (who co-wrote the screenplay with Yankovic), discussed how he wanted to capture the comedy of the moment.

“All of our actors, we had this conversation with them,” Appel said: “Don’t try to go for jokes. The straighter you play it, the funnier it’s going to be.”

Appel incorporated big-swing movie moments like slow zooms and a sweeping score to create this a-ha moment where Weird Al comes up with his first parody hit, “My Bologna.”

“Where the comedy comes from in a moment like this,” Appel said, “is pushing it past what you’re expecting to see and going into this really bizarre, unexpected heightened emotional version.”