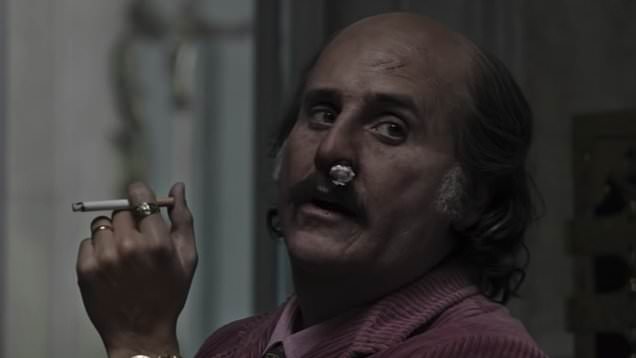 The House Of Gucci trailer has finally arrived with Lady Gaga and Adam Driving becoming Patrizia Reggiani and Maurizio Gucci.

The two-minute teaser dropped just hours after the official posters showing Jared Leto’s dramatic transformation as Paolo Gucci arrived, and it didn’t disappoint with drama at every turn.

Set to Blondie’s Heart of Glass, viewers are transported to Italy with the power couple’s love story quickly unravelling.

‘It was a name that sounded so sweet, so seductive, synonymous with worth, style, power, but that name was a curse, too,’ Gaga’s Patrizia announces, with the words ‘betrayal’, ‘scandal’ and ‘murder’ soon flashing on the screen.

The trailer has been praised online, with many fans applauding Lady Gaga’s accent and already tipping it to sweep the Oscars.

‘Lady Gaga’s Italian accent is on POINT!’ enthused one. ‘All of the cast sound absolutely mind-blowing! This is definitely an Oscar-worthy movie.’

‘Lady Gaga is getting another Oscar,’ another added.

House of Gucci follows the true story of Patrizia Regianni, who was convicted of plotting the 1995 murder of her ex-husband Maurizio Gucci (Driver).

The film, directed by Sir Ridley Scott, is based on the book of the same name by Sara Gay Forden has been slated to be released later this year.

Gaga is getting her acting Oscar this year! #HouseOfGucci #LadyGaga

Lady Gagaâs italian accent is on POINT! All of the cast sound absolutely mind blowing! This is definitely an oscar worthy movie. #HouseOfGucci

Lady Gaga is getting another Oscar

Maurizio was the grandson of Gucci’s founder and was murdered by a hitman hired by his former spouse.

Patrizia, a socialite and high fashion personality, was convicted and was jailed in 1998. She was eventually freed in 2016.

In an attempt to get the verdict overturned, her two daughters argued a brain tumour had affected her behaviour.

House Of Gucci is Gaga’s first film since her Oscar-nominated turn in 2018’s A Star Is Born.