The eagerly awaited new Halloween movie is killing it at the box office, setting weekend records in America for the popular slasher genre of horror films.

Reuniting Jamie Lee Curtis and the world created by horror filmmaker John Carpenter, the film has collected an estimated $US77.5 million ($109 million) in theatres in the US and Canada. That easily beat the old record for a slasher movie, set in 2009 by a reboot of the Friday the 13th series, and keeps the industry on a record path for October.

Outside the US, Halloween generated $USS14.3 million from 23 markets for a global start of $91.8 million. "Halloween" cost just $US10 million, marking another win for Jason Blum and Blumhouse Productions, who co-financed the film with Miramax. 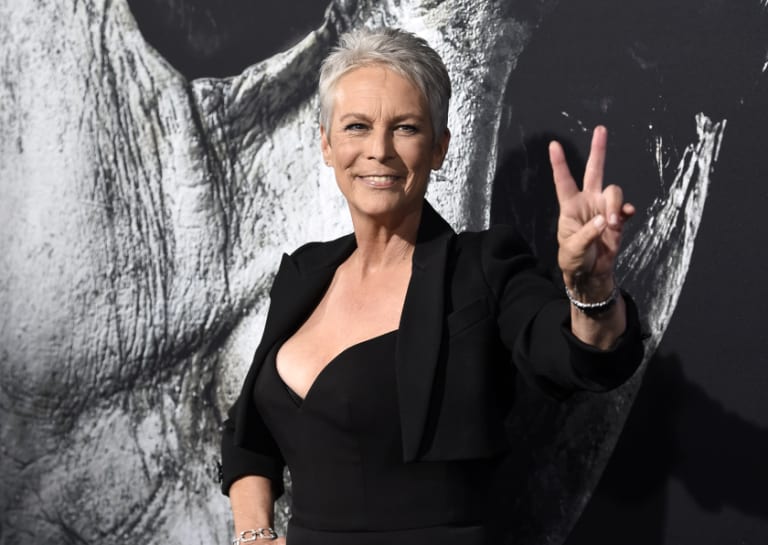 Halloween surpassed Paranormal Activity 3 ($US52.5 million) for the best debut to date for Blumhouse.

"I am enormously proud of this film," Jason Blum said. "Halloween brings the franchise back to life in a fresh, relevant and fun way that is winning over fans and critics alike."

Universal's Halloween is the 11th installment in the series, five of which have starred Curtis as iconic avenging babysitter Laurie Strode, who is now a grandmother in the newest take.

Halloween was one of the most anticipated films of the year because it featured well-known figures from the 1978 original.

The horror genre is one of the most enduring in Hollywood, even as the box office has become more challenging, with titles regularly breaching expectations.

The picture represents another win for Blumhouse Productions and its distributor, Comcast's Universal Pictures.

In Halloween, Curtis plays Laurie Strode, reprising the role that made her famous in a final face-off with Michael Myers.

The sequel picks up four decades after she narrowly escaped the masked murderer's killing spree from the first installment. The film focuses on Strode dealing with the fallout from the trauma of those events, having become a recluse.

The movie cost just $10 million to make, before marketing costs, and was projected to debut to as much as $70 million. The studio had expected an opening north of $50 million.

Earlier in the month, superhero movie Venom was the biggest-ever October debut, with $80.3 million.

Halloween is released in Australia on October 25.