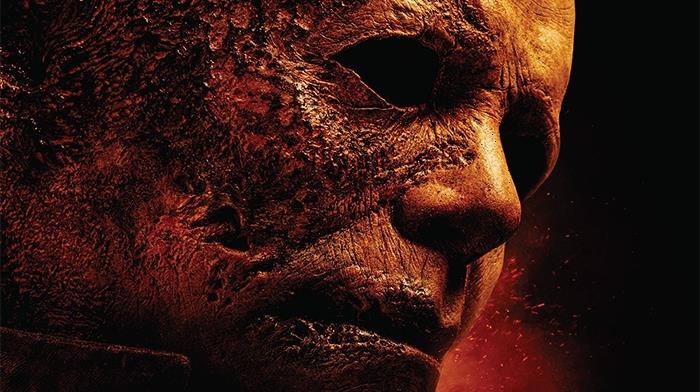 Halloween Kills is bringing Michael Myers back to the big screen this fall, and with him will be a whole new soundtrack composed by John Carpenter, his son Cody Carpenter, and godson Daniel Davies. The soundtrack will be getting a myriad of special edition vinyl releases, but not until the film arrives in theaters in the middle of October. Thankfully, Sacred Bones Records has debuted a pulsing track from the score that you can listen to right now.

“Unkillable” is the first track released from the Halloween Kills soundtrack, and it has quite a menacing sound. The first half of the track sounds like the kind of music we’re used to hearing when Michael Myers is in pursuit of a victim. However, much like Halloween II leaned more into a synth sound for the score instead of the original piano, there’s an electronic element to the score here as well, which includes what sounds like slightly distorted piano keys.

Surprisingly, this track is from closer to the end of the soundtrack, so we’re likely in climax territory here, perhaps with Laurie Strode facing off with Michael Myers yet again. Remember, the slasher is no longer her brother because the franchise canon was wiped when Halloween (2018) ignored the mythology of all the sequels that followed the original Halloween from 1978. Plus, this is only the first of two sequels on the way, with Halloween Ends slated to arrive next year, so we’re very curious to see how this one is going to wrap up.

The entire Halloween Kills soundtrack will be getting a vinyl soundtrack release from Sacred Bones Records. Here’s what they had to say about the upcoming score, which will be released on October 15, 2021, the same day the movie hits theaters:

In 2018, Carpenter returned to the franchise his iconic creation spawned for the first time since 1982’s Halloween III: Season of the Witch, erasing the 40 years of sequels and reboots that happened under other filmmakers, and returning the story to his original vision. While directing duties for the new Halloween and its sequels have been turned over to David Gordon Green, Carpenter has stayed on to provide them with their unmistakable sonic identity, as integral to Halloween as Michael Meyers’ death’s-face mask and glimmering butcher knife.

Like the film itself, Carpenter’s score to the second installment of the new Halloween trilogy, Halloween Kills, stays true to the spirit of what made the 1978 original great while bringing it firmly into the present. The music is unmistakably Carpenter: the sinister vintage synth tones, the breath-stealing sense of menace that he conjures with just a few dissonant notes. But with a broader sonic palette, new digital techniques at his disposal, and a deeper sense of musicality, the Halloween Kills score is the work of a master artist who nearly 50 years into his career continues to push his creative limits and find new ways to thrill and terrify his fans.

Pre-orders for the Halloween Kills vinyl soundtracks are open right now, and you’ll have a variety of options to choose from at Sacred Bones Records. Along with the standard black vinyl, there are also four colored LP variations.

The easiest Halloween Kills vinyl soundtrack to get your hands on, besides the standard black, is the plain orange color variant. Then there’s an exclusive art edition (upper right) limited to 2,000 copies that comes with different LP packaging featuring artwork by Chris Bilheimer and an LP pressed on cloudy clear vinyl with red and white splatter. Or you can grab the mail order exclusive version on molten color vinyl (bottom left), also limited to 2,000 copies.

Waxwork Records also has their own exclusive version of the Halloween Kills soundtrack, which comes with their own color variation in orange, black, and white. They’ve also offered their own impressions of the score:

Standout tracks like “Unkillable” and “Rampage” feature skittering synths over deep four on the floor bass that create a full psychosis of dread before the guitars smash into the song like a semi creating a confusion over whether to headbang, dance, or run for you life. More tragic songs like “Michael’s Legend” and “Strode’s at the Hospital” showcase exquisite and delicate piano playing and prove the range of orchestration this team is capable of executing with mastery and vision. Like all of Carpenter’s legendary soundtracks Halloween Kills features incredible standalone music that, like their Lost Themes trilogy of music made for imaginary films, can be enjoyed thoroughly with or without the context of the film.

Below you can find the full tracklist for the Halloween Kills soundtrack: