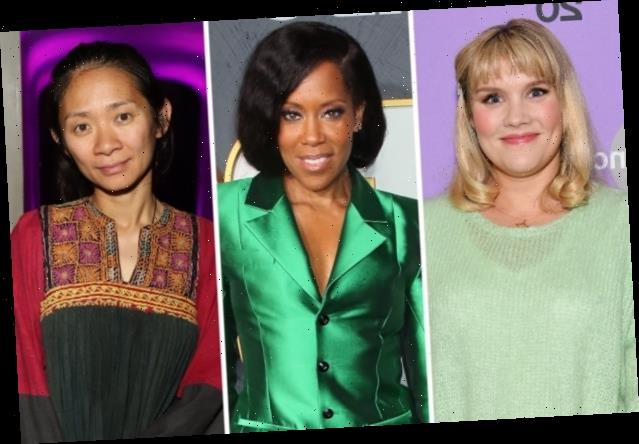 Regina King, Emerald Fennell and Chloé Zhao were nominated in the category

Chloé Zhao, Emerald Fennell and Regina King broke records in the Best Director category during the Golden Globe nominations morning — their nominations mean the first time three women have ever been nominated for directing in the same year.

In fact, there were never even two female directors nominated in the same year in this category. Also, it’s the 8th, 9th time and 10th women have been nominated in the category (Barbra Streisand and Kathryn Bigelow were nominated twice, each, plus Jane Campion, Sofia Coppola and Ava DuVernay also received nominations.)

Zhao was nominated for her film “Nomadland,” while King received a nomination for “One Night in Miami” and Fennell got a nod for “Promising Young Woman.” “Nomadland” also received a nod for Best Motion Picture Drama and for lead Frances McDormand, while “One Night in Miami” was nominated in the categories Best Supporting Actor (Leslie Odom Jr.) and Best Original Song. “Promising Young Woman” also was nominated in Best Screenplay, Best Motion Picture Drama and Best Actress (Carey Mulligan).

Hosted by Sarah Jessica Parker and Taraji P. Henson, the nominations ceremony were held bright and early on Wednesday at 5:35 a.m. PT/8:35 am ET.

The winners won’t be revealed until the Feb. 28 telecast, which will see Tina Fey and Amy Poehler return as hosts. In addition to the competitive categories, this year’s ceremony will also see Jane Fonda and Norman Lear receive lifetime achievement awards for their work in film and television, respectively.