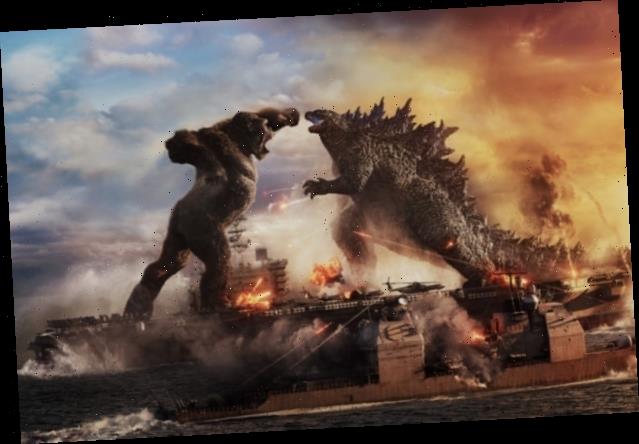 Warner Bros. monster crossover will easily score the biggest opening weekend since the start of the pandemic 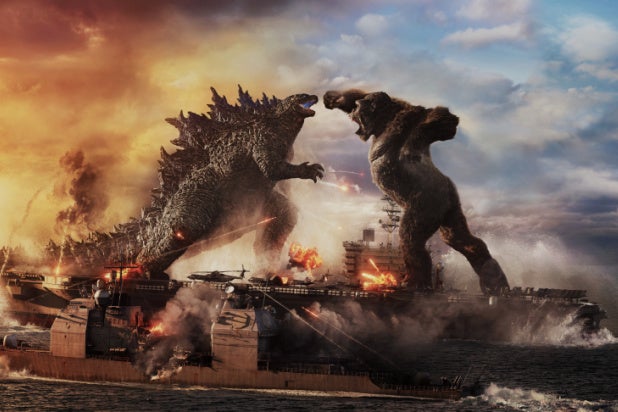 Warner Bros.’ “Godzilla vs. Kong” has provided a king-sized boost to the box office recovery effort, earning $11.6 million from 3,064 locations on Friday. Combined with the $16.3 million earned on Wednesday and Thursday, the Legendary MonsterVerse installment has earned $27.9 million so far in North America and is set for an estimated $45 million-plus 5-day launch.

That result is by far the largest opening weekend for a North American release since the start of the pandemic, topping the $20.2 million Labor Day weekend opening of “Tenet.” Despite the film’s availability on HBO Max, “Godzilla vs. Kong” has provided theaters with a major blockbuster designed for the big screen at a time when audiences are regaining confidence in going to movie theaters with the growing availability of the COVID-19 vaccine. Regal Cinemas has responded to the film’s arrival by beginning the reopening process for its nationwide circuit, joining AMC and Cinemark to bring the amount of reopened theaters in the U.S. to over 90%, though Canada lags behind with about 25% of its theaters open.

Reception for the film has also been strong, with critics giving the film a 76% on Rotten Tomatoes while audiences gave the film a 94% RT score and an A in CinemaScore exit polls. That’s a significant improvement over the film’s 2019 predecessor, “Godzilla: King of the Monsters,” which got a 42% critics RT score and a B+ on CinemaScore. Adam Wingard directed the film, which stars Alexander Skarsgård, Millie Bobby Brown, Rebecca Hall, and Brian Tyree Henry.

For the 3-day Easter weekend period, “Godzilla vs. Kong” is estimated to account for over 70% of overall revenue, with Universal’s “Nobody” in a distant second with an $2.7 million, a 59% drop from the film’s $6.8 million opening weekend. With two well-received action films now in theaters and “Mortal Kombat” set to be released in three weeks, distribution execs and industry analysts will be looking at how these films perform over the course of April and May to gauge how much interest there is in these films among casual audiences even with COVID-19 still being present throughout the country.

While 30% of Americans are at least partially vaccinated and health officials are expected to rapidly ramp up vaccine availability this month, the CDC has warned that the U.S. could see another large surge in infections if the public does not continue to adhere to social distancing and the vaccine distribution cannot outpace the spread of more infections versions of the virus. For now, the theater reopening process is moving forward with industry-standard safety protocols in place, including renovated air filtration systems, at least six feet of distance between audience groups, and a 25% audience capacity limit in several major cities, including New York. In San Francisco, infections rates have lowered enough that theaters have been allowed to increase that capacity limit to 50%, with Los Angeles being permitted to do the same starting on Monday.