A list of quality movie selections that are off the beaten path. 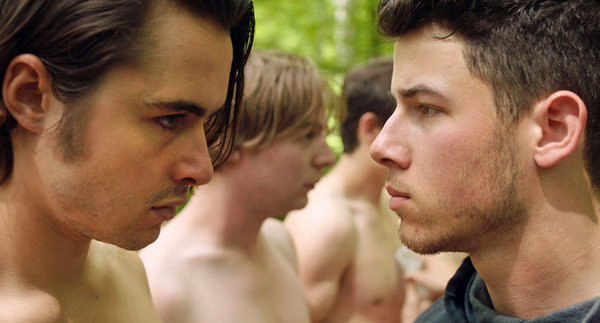 This month’s off-the-grid streaming suggestions are an even more eclectic mix than usual: a handful of indie dramas, genre treats for your late-night needs and thoughtful documentaries on movies and economics.

Harry Styles’s big acting moment is generating plenty of coverage (for good and ill) this fall, but let’s not forget the boy-band-members-turned-thespians that preceded him. One of the best, at least in recent years, is Nick Jonas, who paused his music career at its mid-2010s zenith to take on a supporting role in this adaptation of the harrowing memoir by Brad Land. Ben Schnetzer stars as a young man entering college who pledges at the same fraternity as his brother (Jonas), but finds their elaborate hazing rituals brutal and abusive. The director Andrew Neel orchestrates the action for maximum impact, making this not only Land’s story but one of the insidious influence of toxic masculinity on campuses across the country.

The writer and director Rick Famuyiwa’s “The Wood” and “Brown Sugar” were two of the most insightful snapshots of young adulthood released in the late 1990s and early 2000s. For his Sundance sensation “Dope,” the filmmaker crafts an entertaining and energetic story of three teenage friends (played with verve by the charismatic Shameik Moore, Kiersey Clemons and Tony Revolori) who still ride bikes and play in a punk band for fun yet find themselves in possession of a backpack full of stolen drugs and a loaded gun. Famuyiwa hopscotches tones with ease and moves his story like a locomotive, though he occasionally slows for a charming flirtation between the main character Moore and his dream girl, played by Zoë Kravitz.