It takes a village. That much is clear both onscreen and behind the scenes of Wonder Woman 1984, as Gal Gadot tells ET the franchise was an all-hands-on-deck effort. The sequel brings Gadot back as Diana Prince, with director Patty Jenkins once again at the helm and includes the unexpected return of love interest Steve Trevor (played by Chris Pine).

“I couldn’t imagine doing another one without him,” Gadot tells ET, crediting Pine as a key reason why the first movie was such a success. “The fact that they figured out the right way to bring him back that actually helps the story, it was delightful to work with him again and it felt like coming back home, working with Patty and with [Chris] and with our wonderful crew.”

Having completed reshoots for 2017’s Wonder Woman while five months pregnant (“That was an experience I wouldn’t go back to!”), Gadot also had both of her daughters on set with her this go-around.

“We really became family. Patty’s family and my family are really close — our husbands, our children — and we made sure to bring them all on set,” Gadot says. “The kids helped out giving away sides to everybody and sitting by the video village. And when we were shooting on locations, they were always there. They’re part of the circus, you know? We can’t do it by ourselves.” 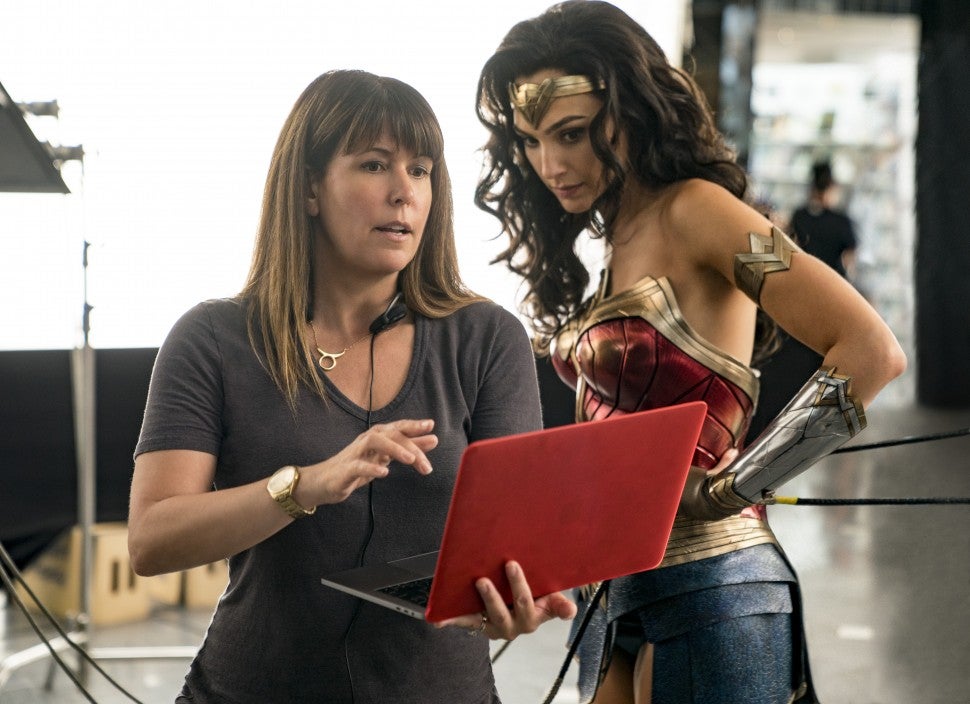 Onscreen, WW84 delves further into how Diana became the woman that she is, revealing more of her childhood raised by the women of Themyscira. An early sequence shows a young Diana receiving the wisdom of the Amazons, and Gadot shared the message she hopes to impart on her own children.

“That there are no shortcuts and there are no easy ways and there’s no free meals. You’ve got to work hard in order to enjoy the good results,” she says. “With my kids, I want them to always enjoy the process and know that it’s OK to fail and it’s great to go ahead and try again. I want them to have the motivation and the hunger to pursue whatever it is that they want to pursue.”

“Sometimes I see kids or teenagers that all they want to do is to be famous,” Gadot continues, “but it’s nonsense. You gotta do something real, that will fill you and will make you feel valuable and will keep your mind and your brain stimulated. There’s no secrets. The secret is that there’s no secrets. In order to do something great, you really have to work hard for it.”