Claire Foy might be finished with The Crown, but she’ll next be seen in awards contender First Man as Neil Armstrong’s wife Janet.

Damien Chazelle’s La La Land follow-up takes a more intimate look at the mission to land a man on the moon, focussing on the impact it has on the astronauts and their families as they undertake this dangerous mission.

And Foy noted that the human aspect of the movie was what drew her to the role.

“That was clear from the very beginning for me when I read the script and that’s why I was so interested in it,” she told Digital Spy.

“Yes, it was the story of Neil and these 10 years, but it showed the significance of his family and what role they played in his choices and decisions, and how he went about those missions.”

Janet Armstrong passed away earlier this year and Foy didn’t get a chance to speak to her, yet she was given tapes from author James R Hanson, who wrote the book on which the movie is based.

“I felt like I had lots of material to go on which was invaluable really,” she noted.

“I didn’t know anything about [Janet] beforehand. She was an extraordinary woman. She could fly a plane, her father flew and so she flew and she wanted to get a pilot’s licence, but she never got round to it. She definitely understood Neil’s fascination with flight and space travel.” 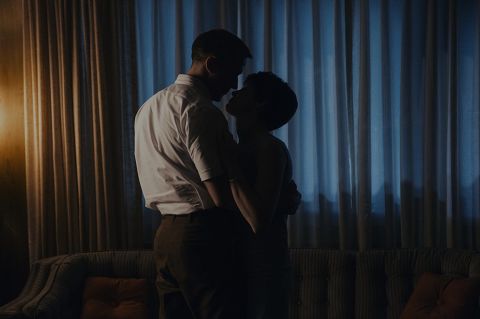 Foy’s co-star Olivia Hamilton – who plays fellow astronaut Ed White’s wife Pat – agreed that it was the movie’s treatment of the real-life events that drew her to the role.

“The way the hero’s story is often told is, ‘This person is so special and they were just the only one that could do it and it was all them’. That’s never the way it really is. Anything that is achieved by a person is supported by so many other people,” she outlined.

“I love that the film tells the real story which is that Neil was special and he was incredibly unique, but that mission in getting to the moon was something that a lot of people bore the cost of and sacrificed for.”

Hamilton has also spoken about the big event from Armstrong’s life that was cut from First Man, while we’ve got an explanation of the pre-release controversy of the movie’s use of the American flag for you here.