For decades, The Right Stuff has been the definitive movie about man’s landing on the moon. There’ve been other astronaut movies like Apollo 13 and the more in-depth miniseries From the Earth to the Moon, but now First Man takes a more individual look at the Apollo missions.

We meet Neil Armstrong (Ryan Gosling) on a flight above the atmosphere. He’s picked for the Gemini program which paves the way for Apollo, but as much as his fellow astronauts are included, it is the Neil Armstrong story. 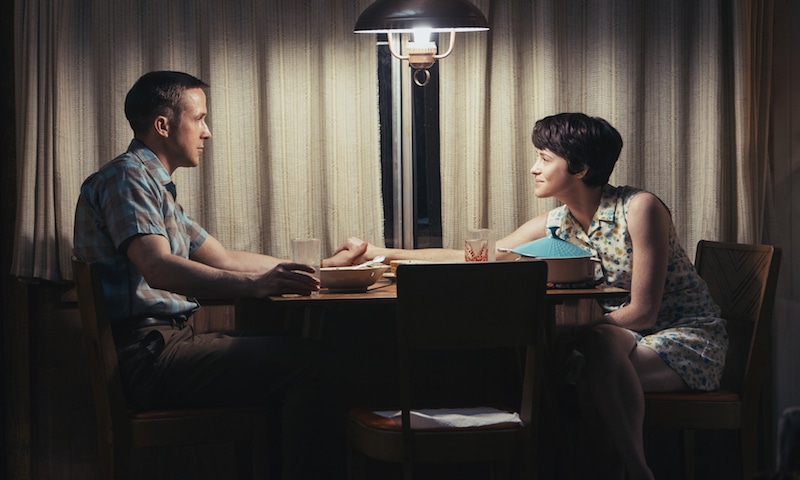 The flight sequences capture Armstrong’s point of view, trapped in a helmet, pretty much helpless while technicians fasten him in. Much of the flights are in the dark and then there are flashes of light, and sound captures the instruments and the radio from Houston.

A press conference can be just as much sensory overload, and some of the training mishaps are harrowing even when we know the outcome. 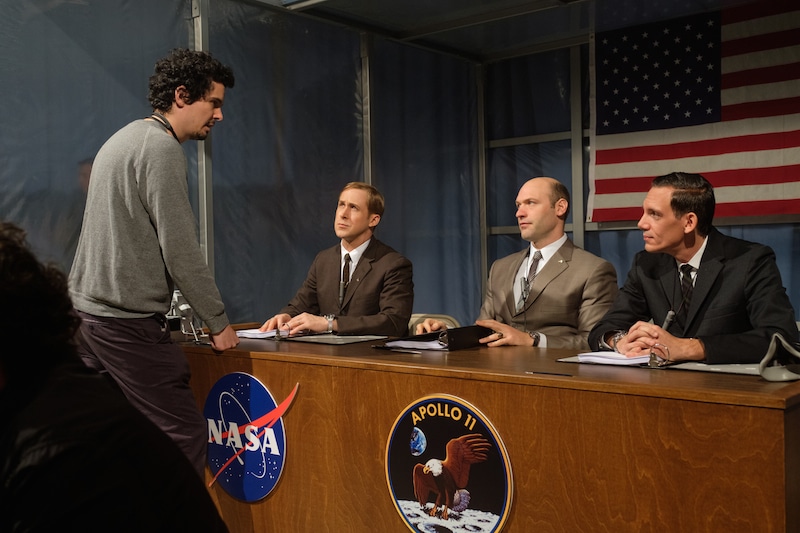 Armstrong’s emotional story is driven be the tragic loss of his young daughter Karen (Lucy Stafford), who is always in his heart. First Man respects the pressure Janet Armstrong (Claire Foy) is under. She is a partner in this, without the glory Neil will receive. 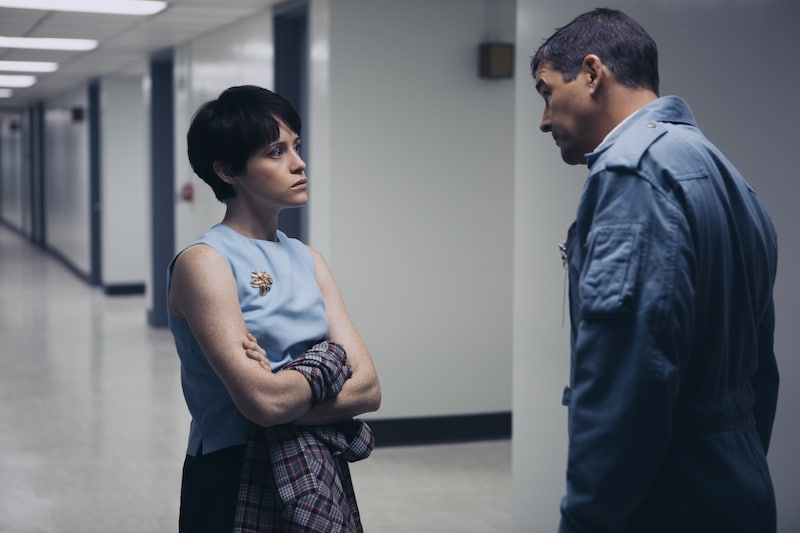 If you get to see First Man in IMAX, the final sequence landing on the moon expands to fill the entire IMAX screen. It’s enveloping, but really in any space sequence, the black on the top and bottom of the screen still looks like more infinite space.

Unfortunately, director Damian Chazelle chose to film the Earth scenes handheld. I’m just never going to like this style of filmmaking. Gosling is being still and somber and the camera’s jerking around. 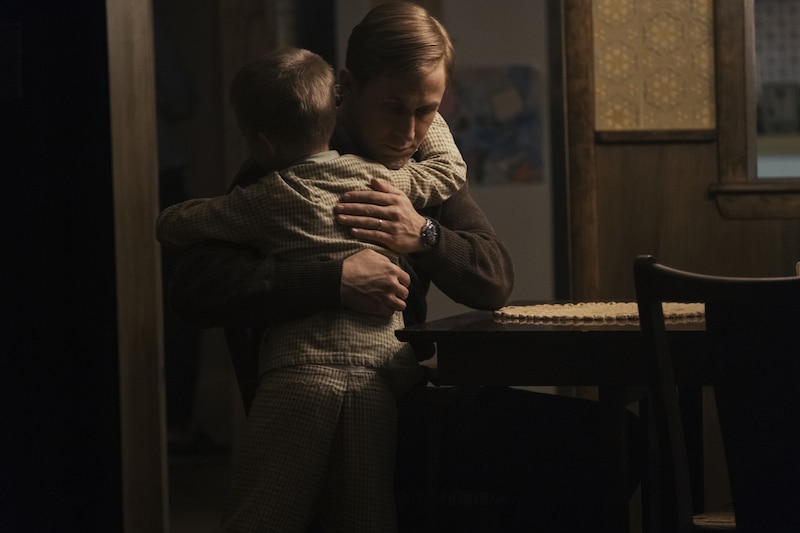 In flight, I get it. There’s no equilibrium so I bet we’re only experiencing a fraction of the shaking the real pilots get. But when they’re on the ground and it’s jittery, it just feels fake. We know it’s not a documentary because we recognize the actors (and real documentary cinematographers manage to hold the camera still).

In one scene, it turns full shaky cam when Armstrong frantically comes home after bailing out of a crash. Frankly, I don’t distinguish between mild handheld and shakycam. If the camera isn’t still, it’s shaky cam. It always takes me out of the scene. 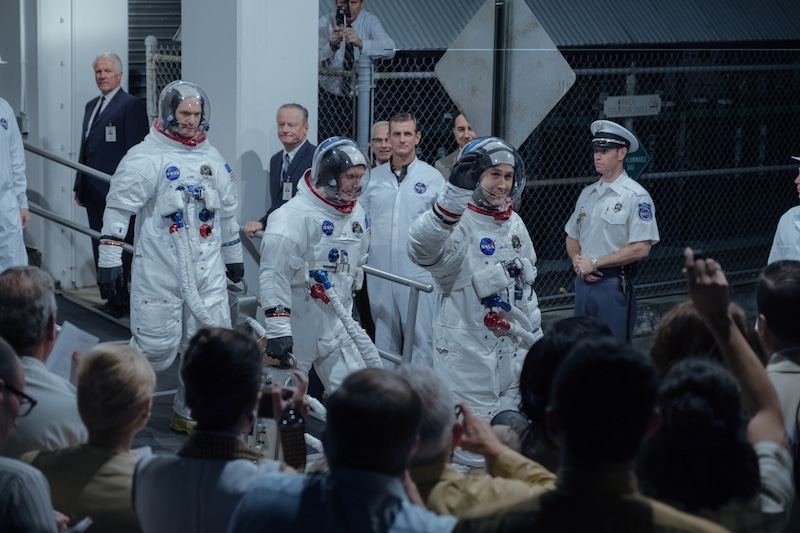 But, I’ve already got the iconic slow motion Right Stuff astronaut walk. Now modern audiences can have the shaky, nerve wracking version too.

First Man is a good movie when it’s focused on the sensory experience of space flight. I’m sure they were hoping for more of a cosmic impact but at least they shot for the moon.