Johnny Depp has revealed how he “felt bad” for author JK Rowling after the backlash she received for his casting in the Fantastic Beasts series.

After appearing near the end of 2016’s Fantastic Beasts and Where to Find Them, it was announced last year that Depp’s dark wizard Gellert Grindelwald would be front and centre of the sequel – Fantastic Beasts: The Crimes of Grindelwald – out next month.

The news came after Depp faced accusations of domestic violence from his ex-wife Amber Heard during their divorce proceedings. Heard withdrew her request for a restraining order as the couple reached a settlement in their court case.

Depp has staunchly denied any and all allegations of domestic violence, and JK Rowling, Warner Bros and director David Yates publicly supported him amid a backlash from fans. 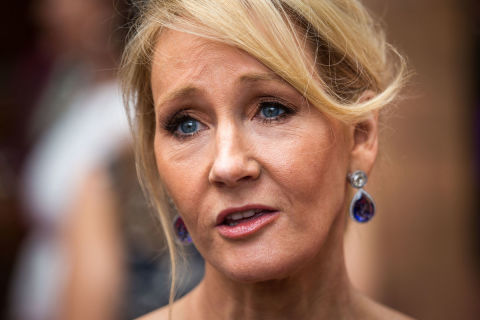 Speaking to Entertainment Weekly, Depp has discussed his feelings towards the backlash which followed the news of his role in the sequel.

“I felt bad for JK having to field all these various feelings from people out there,” he said. “I felt bad that she had to take that. But ultimately, there is real controversy. The fact remains I was falsely accused, which is why I’m suing The Sun newspaper for defamation for repeating false accusations.

“JK has seen the evidence and therefore knows I was falsely accused, and that’s why she has publicly supported me. She doesn’t take things lightly. She would not stand up if she didn’t know the truth.”

The response from fans was so fierce that some even threatened to boycott the upcoming Crimes of Grindelwald.

However, the Edward Scissorhands actor has no animosity towards the Potterverse’s loyal following, adding: “The Potter fans are like scholars of this stuff which I find incredibly impressive. They know that world inside and out. I hope to give them something they haven’t seen before.”

Fantastic Beasts: The Crimes of Grindelwald is set for release on November 16.