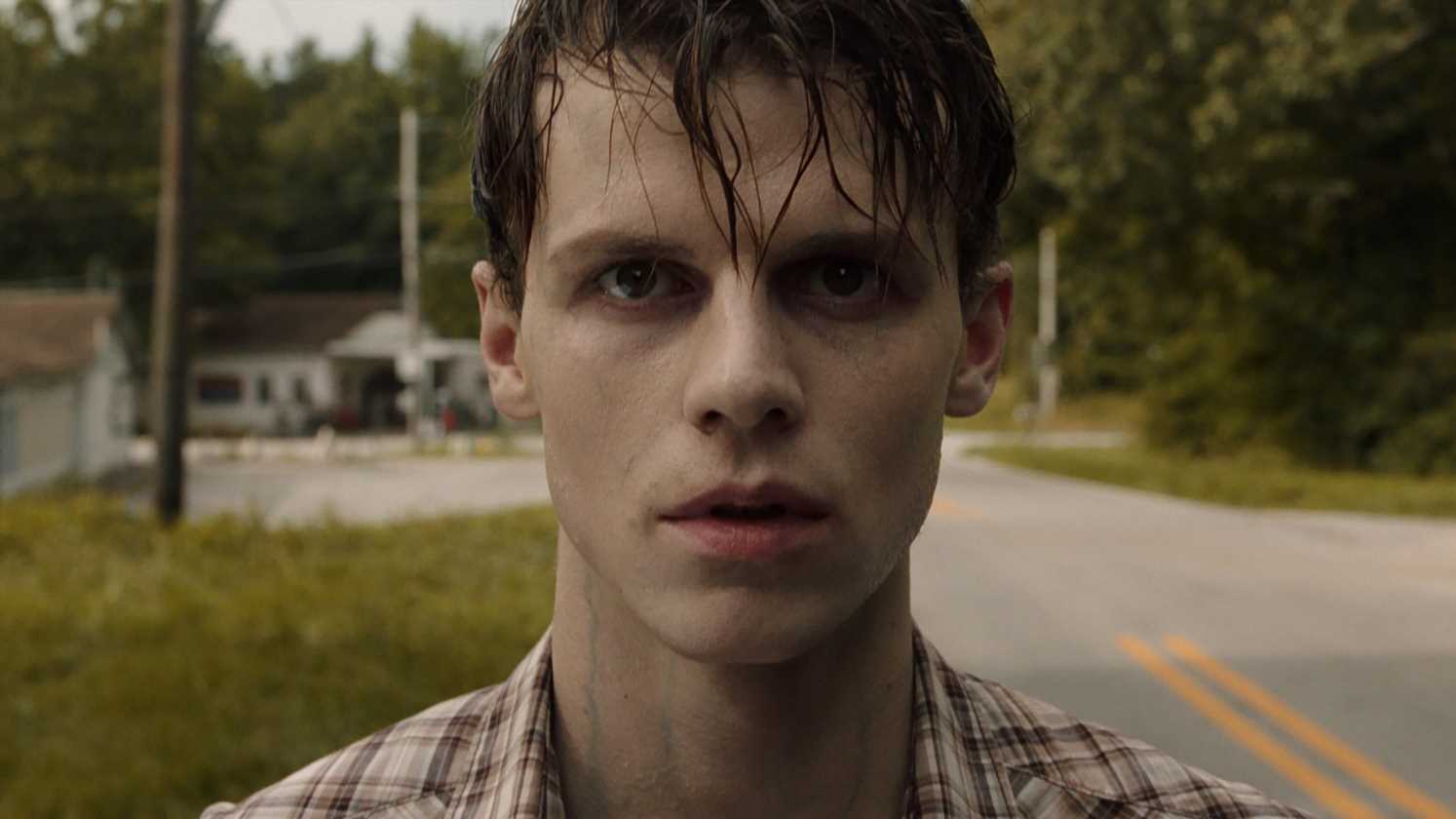 An unnerving scene involving an evil waterbed and a traumatized child might seem like a pretty unreal occurrence. In the freaky real-life history that fuels “The Conjuring” horror-movie universe, it’s not that big a swing.

“The Conjuring: The Devil Made Me Do It” (in theaters and on HBO Max Friday) is the third film to star Patrick Wilson and Vera Farmiga as real-life married paranormal investigators Ed and Lorraine Warren, and the new chapter digs into a famously high-profile case: the 1981 trial of 19-year-old Arne Cheyenne Johnson, the first person to use demonic possession as a murder defense.

“The Devil” doesn’t leave much time for courtroom drama, instead focusing on the Warrens’ twisty quest for clues to help Arne (played by Ruairi O’Connor), who’s inhabited by a dark force after it hops out of the body of 11-year-old David Glatzel (Julian Hilliard) during an exorcism. (In real life, Johnson was convicted of first-degree manslaughter of his landlord and served five years of a 10- to 20-year sentence.)

Review: ‘The Conjuring: The Devil Made Me Do It’ ventures too far from franchise’s freaky norm

Vera Farmiga and Patrick Wilson return once again as paranormal investigators Lorraine and Ed Warren in "The Conjuring: The Devil Made Me Do It." (Photo: BEN ROTHSTEIN)

“The fun thing about these movies is you’re always playing this fun game of, well, what was true? How extraordinary did it get?” says “Devil” director Michael Chaves. He grew up Catholic, yet in making the movie, “it’s like my own faith was in question. If you choose to believe (Arne) and his story, it really has consequence and weight, because we’re talking about a real victim and a real murder.”

Chaves admits that, while the story is based on a real case, court records and interviews, certain liberties were taken to craft the movie version. He talks to USA TODAY about how he balanced telling the story right vs. making an entertaining horror thriller.

The body of David Glatzel (Julian Hilliard) gets contorted viciously by an evil spirit in "The Conjuring: The Devil Made Me Do It." (Photo: WARNER BROS. PICTURES)

The movie starts off with the Warrens and a priest trying to drive the evil spirit out of David’s body. According to Chaves, there are no photographs from the actual exorcism, but multiple witnesses said that David levitated. Audiences have seen that in a lot of exorcism movies, so “we wanted to really put them back on their heels,” Chaves says. He opted for a sequence where David is bone-crackingly turned into a human pretzel.

“When you see levitation, there’s something magical about that. But seeing a little child going through these contortions and essentially being physically tortured was much more unsettling.”

Arne (Ruairi O'Connor) is found covered in blood by police after a murderous incident in "The Conjuring: The Devil Made Me Do It." (Photo: WARNER BROS. ENTERTAINMENT)

In the new “Conjuring” installment, Arne is found covered in blood and walking aimlessly down the road by police after the fatal incident with his landlord. That story beat is true, but the trippy, haunting and visceral murder sequence in the movie is a fabrication because the real Johnson blacked out and has no memory of it.

“Obviously something was going on with Arne. Maybe it was a demon. Maybe there was something else,” Chaves says. “This is really an extraordinary event in his life and so you have to kind of imagine that something had put him in a headspace, which he detached from reality.”

Julian Hilliard plays a boy from a cursed family tormented by something seriously creepy coming out of his waterbed in the newest chapter of the "Conjuring" horror universe. (Photo: BEN ROTHSTEIN)

In a flashback during the fictional Warrens’ investigation, they find out David’s first encounter with the supernatural occurred in a bedroom where the boy was taking a rest on a waterbed. David was then attacked by a demonic arm ripping out of the watery comfort, and the paranormal couple later discovers a cursed witch’s totem buried underneath the floorboard.

In real life, there was no flotational fright, but after the Glatzels moved into a rental property, Chaves says David reported having a “traumatic encounter” in a room with an unexplained burn stain through his mattress and onto the floor below. The real Glatzels also found carvings in the surrounding woods they interpreted as demonic or pagan in origin. In his film, Chaves wanted to tap into the dawn of the Satanic Panic in the early ‘80s: “Maybe (the Glatzels) were cursed or maybe they were just picking up on this growing paranoia and fear that really was sweeping the country.”

Lorraine Warren (Vera Farmiga) plays psychic detective on a quest for occult clues in "The Conjuring: The Devil Made Me Do It." (Photo: WARNER BROS. PICTURES)

Ed Warren did have a heart attack. (Just not on this case)

In the aftermath of the movie’s opening exorcism, Ed has a medical issue and is rushed to the hospital. Chaves reports the real demonologist actually had multiple heart attacks in the 1980s, including a debilitating one that put him in a wheelchair for months. In “Conjuring,” his ailment is used as a device to shift the narrative toward Lorraine’s real-life work with police as a psychic.

Lorraine Warren helped on missing-person cases and a variety of others in the ‘80s, and in 1989, the Department of Justice issued a handbook on how to work with psychics and clairvoyants. “It was something where she became so famous and also notorious,” Chaves says. “Up to this point in the (‘Conjuring’) movies, we’d never really had a chance to dig into that because they’re haunted-house movies.”

The possessed doll Annabelle from the original "Conjuring" and three solo horror movies isn't seen but still makes an "appearance" in "The Conjuring: The Devil Made Me Do It." (Photo: WARNER BROS.)

Arne’s defense attorney in the film is unsurprisingly reluctant about using demonic possession as a legal strategy. To help convince her, the Warrens invite her to come over for dinner and see Annabelle – the infamous doll that resides in the couple’s special room of unholy artifacts, and the fan-favorite star of three “Conjuring” spinoff movies. The very next scene finds the lawyer in the courtroom, looking like she just witnessed a ghost – and all in for the unusual defense.

Chaves confirms that was a nod to the bigger “Conjuring” universe and not exactly what happened. That said, innocent by reason of the supernatural “was definitely a big, bold claim. Any lawyer who takes that to a court, they’re putting their career on the line. They had to be presented with some kind of evidence, whether it was Arne’s or something the Warrens were providing.” As for Annabelle, she had to make a cameo, “even if it wasn’t actually in person,” Chaves adds. “The idea of her looms pretty large.”