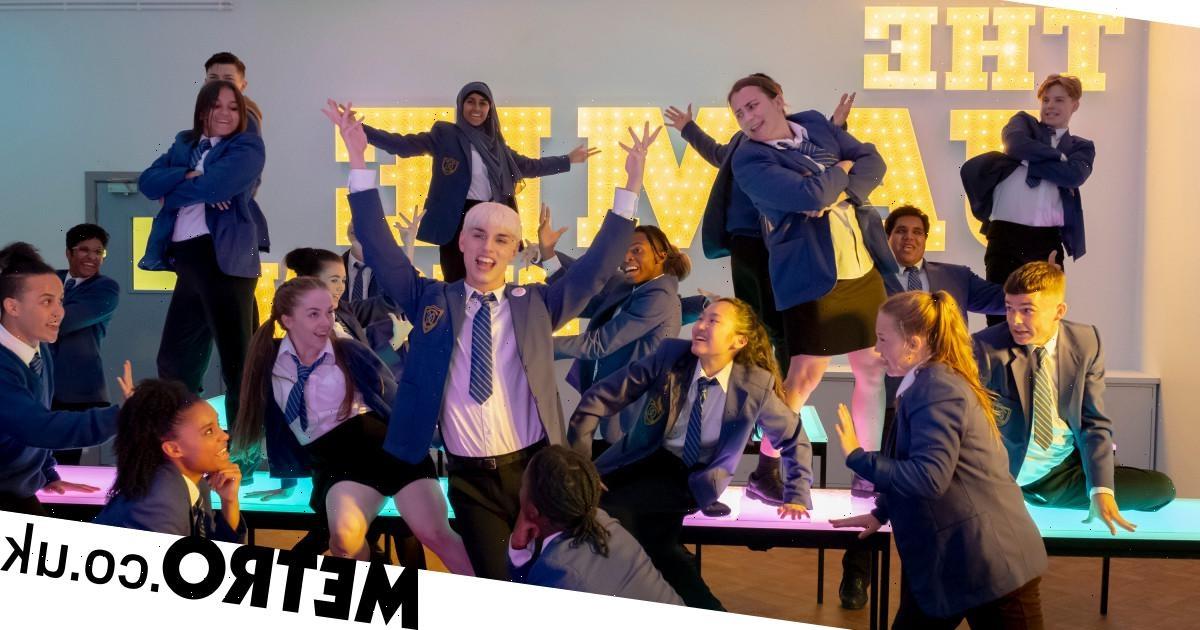 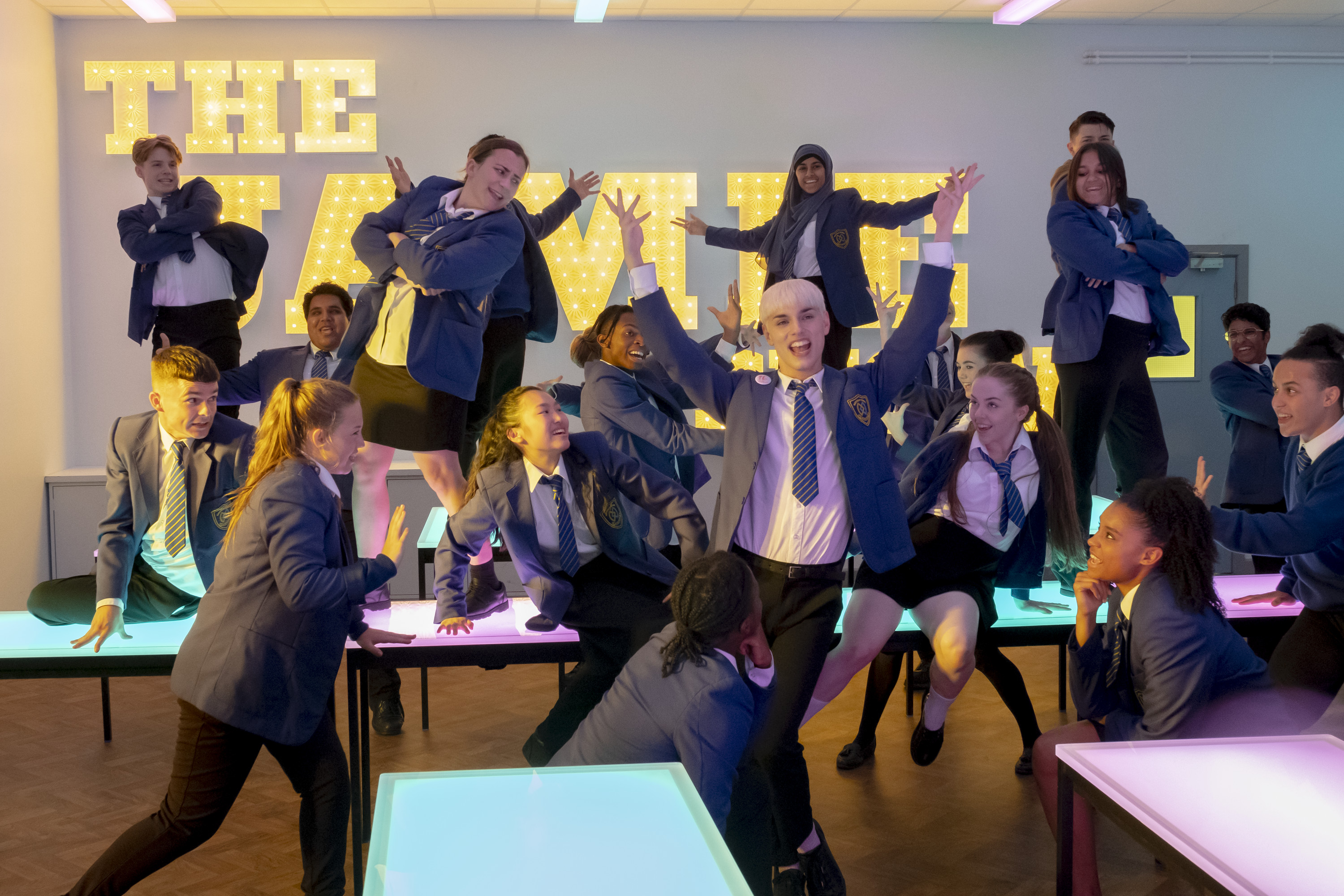 Everybody’s Talking About Jamie is an undeniably British film, comprising Northern grit mixed with glitter, humour and a large serving of drag on the side.

Based on the true story of Jamie Campbell, subject of the 2011 BBC Three documentary Jamie: Drag Queen at 16, which followed his plan to debut his drag alter ego Fifi la True at his school’s prom, this in turn inspired the 2017 musical Everybody’s Talking About Jamie, currently still running in the West End.

Unsurprisingly, that brings us to this somewhat-inevitable film adaptation of the stage musical.

As a classic British fish-out-of-water story, it already appeals to a large audience that has long embraced eccentrics and underdogs.

It’s a comparison waiting to happen to say that Everybody’s Talking About Jamie is this generation’s Billy Elliot. The parallels are obvious: a young, Northern, working class lad is encouraged to embrace his ambition and pursue a ‘feminine’ career by his mum, even if others have a hard time accepting it (and in a role-reversal, the original 2000 film then went on to become a West End hit with its musical adaptation, courtesy of Lee Hall and Elton John).

Plus, in a real-life coincidence, Jamie Campbell grew up in Bishop Auckland, which is near to where Billy Elliot was set. Jamie New, however, lives on the outskirts of Sheffield.

It’s also likely no coincidence that the film seems to exist in a rather 1980s version of now, which is only confirmed – following Hugo Battersby’s (Richard E. Grant) trusty VCR-powered number – by the social media montage ahead of prom.

Catchy music is provided by Dan Gillespie Sells of The Feeling, who delivers a good score of solid musical theatre tunes with a glam, rocky edge. Earworms include And You Don’t Even Know It and the titular song, Everybody’s Talking About Jamie.

However, that’s not to say that there aren’t some cracking ballads too. The Wall in My Head is an early demonstration of newcomer Max Harwood’s dramatic chops as the sulky but sweet Jamie, while Sarah Lancashire delivers a barnstorming performance of He’s My Boy, which comes toe-to-toe with Meryl Streep in Mamma Mia! in terms of acting through song.

In fact, Lancashire is just as fantastic as expected, comfortably leading the fierce mum casting bracket as the supportive Margaret. You’re kept waiting to hear her sing, anticipating she’ll deliver, which she absolutely does. Poised to break your heart, she sits at the kitchen table, all suppressed angst, and wrings out her emotion through song.

Harwood is  a gem of a find, capable of the swagger needed for a teenager with zero experience chasing their drag dream, as well as the vulnerability of a boy who just wants his absentee father to be proud of him.

Tom MacRae’s lyrics do occasionally veer slightly towards the simple at times, but often that fits into the musical narration being provided by Jamie’s teenage classmates, who prove an energetic chorus during the bigger production numbers – whether that’s in the classroom or inside Jamie’s head.

It’s also not hard to see what attracted Richard E. Grant to the role of Jamie’s mentor Hugo, aka Loco Chanelle. This year’s best fairy godfather, Grant is clearly having a ball, singing with gusto (and help from Frankie Goes to Hollywood’s Holly Johnson) for the film’s standout song, This Was Me. A touching but rousing track, which delves into Hugo’s history and the early days of the AIDS epidemic, striking camera angles and dollop of imagination allow this number to break free from the sometimes slightly pedestrian filming choices.

Sharon Horgan has a meaty and multi-layered, but slightly confusing, role as Miss Hedge, the adult who challenges Jamie’s ambition, and perhaps the nearest thing to an antagonist this rose-tinted musical has, outside of Jamie’s disinterested father and the bog-standard school bully. Although presented as the ‘wrong’ argument, her point of view likely rings true with teachers who are sticklers for the rules.

The finale of Everybody’s Talking About Jamie is standard end of school fare, smacking of Grease or High School Musical, with Jamie’s final decision regarding his prom appearance pretty predictable.

It is a little twee and tidy at the end, with resolution coming quite suddenly, but it’s a feel-good, positive and celebratory musical – so would you want it any other way?

And by the end, your toes, like it or not, are sure to be tapping along to the beat of Jamie New.

Everybody’s Talking About Jamie is available on Amazon Prime Video from Friday September 17.