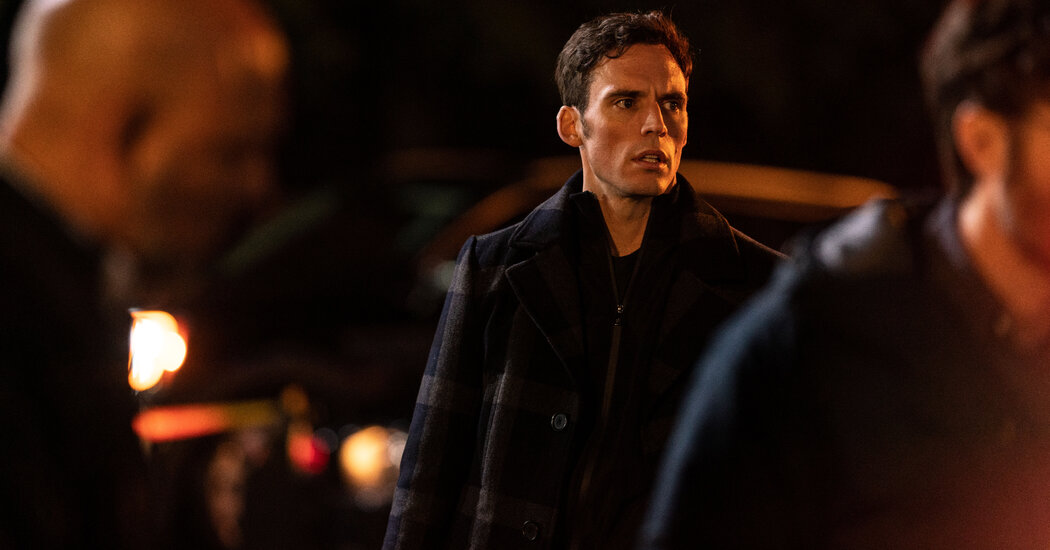 With chillingly minimal interiors, ominously crescendoing music, and a bluish-gray palette, “Every Breath You Take” announces itself as a thriller in predictable ways. Directed by Vaughn Stein and written by David K. Murray, the movie coasts on so many tropes that you almost expect it to subvert them, but the plot remains equally foreseeable.

At a conference, a renowned psychiatrist, Dr. Philip Clark (Casey Affleck), boasts of his ethically ambiguous therapeutic method — which involves sharing his own deep secrets with patients — that has kept one of them, the suicidally inclined Daphne (Emily Alyn Lind), stable and off medications. Later that night, she commits suicide.

At the scene, Dr. Clark meets Daphne’s distraught brother, (Sam Claflin). James later earns an invitation to dinner at the Clarks’ and eventually wins over Philip’s wife, Grace (Michelle Monaghan), and daughter, Lucy (India Eisley), with his charming English accent, dimpled smile and wounded puppy demeanor. James becomes a dangerous new presence in their lives. Claflin elevates the formulaic quality by playfully wavering between charismatic and psychotic as he burrows deeper into the Clark women’s lives, and thus Philip’s psyche.

At the same time, Philip’s reputation is being razed by anonymous letters, though he claims he has no idea who is behind them. All the characters become shockingly dense pawns, with the women most notably getting caught in the cross hairs. Monaghan’s character, especially, is undermined. The film opens with her own tragedy — the death of her son in a car accident — a development that comes back briefly and insignificantly. With only a few fleeting moments of nail-biting thrills, “Every Breath You Take” remains mostly tepid and frustrating.

Every Breath You Take
Rated R. Running time: 1 hour 45 minutes. In select theaters and on Google Play, FandangoNow and other streaming platforms and pay TV operators. Please consult the guidelines outlined by the Centers for Disease Control and Prevention before watching movies inside theaters.