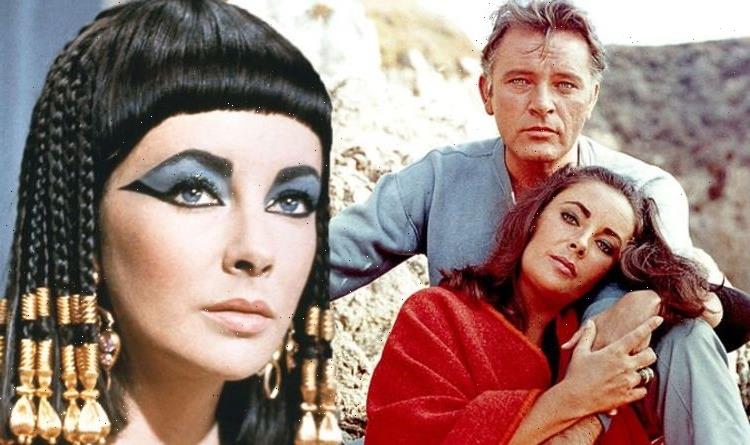 Elizabeth Taylor: A look at her SECRETLY staged wedding

Elizabeth Taylor’s love life is one which has been the focus of a number of plays and even fine artworks. She was a Hollywood icon, often seen in glamorous outfits at parties with friends and various husbands. But who was Elizabeth Taylor married to during her lifetime?

Elizabeth Taylor was married eight times in her life to seven different men.

Her first marriage came in 1950 when she married Conrad Hilton Jr.

As one might expect given his surname, Conrad was the son of Conrad Hilton, who was the founder of the Hilton Hotel chain

They met a year before, and by this time Elizabeth was already famous, although only 18-years-old.

Elizabeth had, according to Entertainment Weekly, been engaged twice before meeting Conrad, but she fell quickly for him, despite his being ‘a renowned playboy [and] gambler.’ 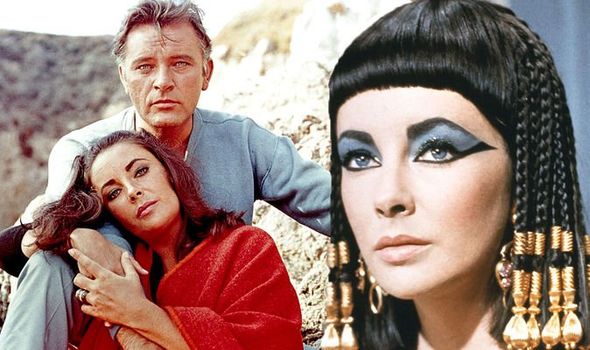 Sadly, their relationship was not a happy one, and they divorced just eight months later in 1951.

Elizabeth did not wait long to marry again, marrying Michael Wilding in 1952.

She met Michael – who was 20 years older than her – while filming The Conspirator in 1948, but their relationship is believed to have begun when she filmed Ivanhoe in 1951 in the UK.

Michael was a fellow actor, and their relationship lasted quite a bit longer than her first marriage. 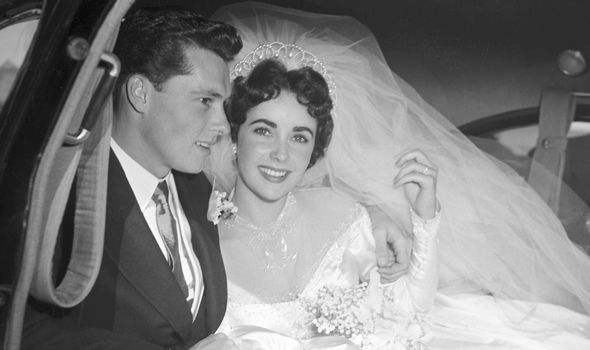 Biographers have suggested the pair began to drift apart in the later years of their marriage, as Elizabeth’s career went from strength to strength, while Michael’s was becoming less fruitful.

They separated in July 1956, before their divorce the following January.

The same year of her divorce, Elizabeth married Mike Todd, a theatre and film producer, just one month after her split from Michael became official.

They had one daughter, Liza, born in August 1957, and were known for their parties and extravagant displays. 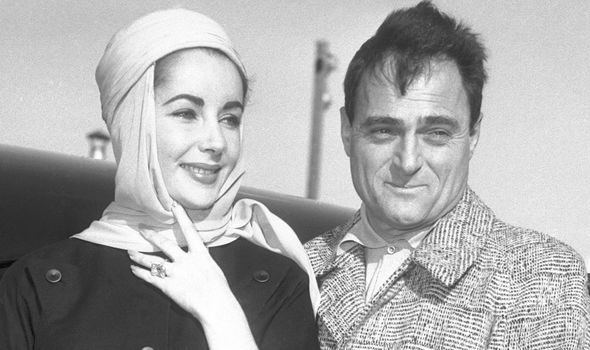 However, their marriage was cut short when Mike died after his plane, the Liz, crashed in 1958, killing all four people on board.

On May 12, 1959, Elizabeth married her fourth husband, Eddie Fisher, who had been a friend of Mike’s.

They married in Las Vegas, but their courtship had appeared in the papers a great deal due to Eddie’s having recently been married to Debbie Reynolds.

Some reports suggested Elizabeth was a ‘homewrecker’ as her relationship with Eddie was said to have begun before his divorce from Debbie.

Years later, Elizabeth admitted she only married Eddie due to her grief over Mike’s death. 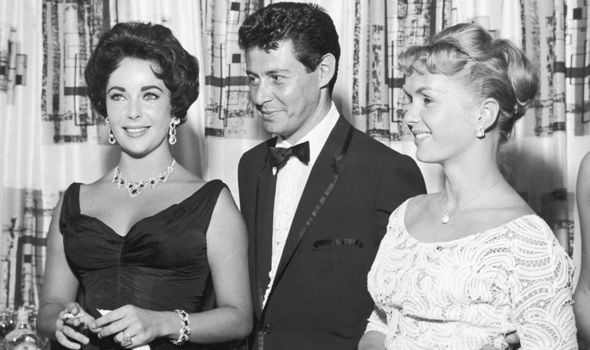 Her main love, Richard Burton, was to come during this marriage, as Elizabeth and Richard began an affair when they worked together on many roles, which began with 1961’s Cleopatra.

She divorced Eddie in 1964, and married Richard the same year, and remained married to him for 10 years.

They performed in 11 films together, but the press became infatuated with them, and their marriage became a regular source of media attention.

They divorced in 1974 after some difficult years, only to reconcile and remarry in 1975, and divorce once again in 1976.

Elizabeth was quoted as saying of Richard: “After Richard, the men in my life were just there to hold the coat, to open the door. All the men after Richard were really just company.”

Despite this, Elizabeth married twice more: first to John Warner, who she married in 1976.

He was not from the entertainment world, but a politician, and once he was elected to the Senate, Elizabeth became a politician’s wife in Washington D.C., which she did not enjoy.

They separated in 1981 and divorced in 1982, after which Elizabeth had a number of relationships and even an engagement until her final marriage.

Her final husband was Larry Fortensky, a construction worker she met at the Betty Ford Centre, which is a rehabilitation centre in Hollywood.

They divorced in 1996 but remained in contact for many years, and Elizabeth even left him money in her will.