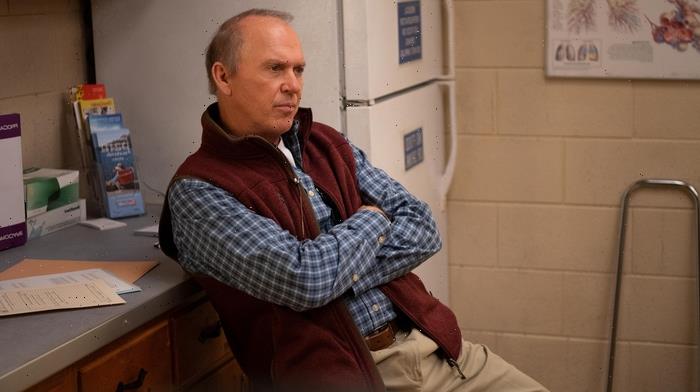 (Welcome to …And More, our no-frills, zero B.S. guide to when and where you can watch upcoming movies and shows, and everything else you could possibly stand to know.)

Dopesick, the non-fiction book about America’s opioid crisis, is now a Hulu limited series. The show will dramatize the true story of how the country got hooked on OxyContin and other pain killers after Big Pharma aggressively pushed them to drive up sales. Below, we’ve rounded up the pertinent information you need to know before Dopesick premieres.

Dopesick Release Date and Where You Can Watch It

Dopesick will premiere Wednesday, October 13, 2021 on Hulu. There will be eight episodes total of the show, and it’s a limited series, so there won’t be a second season. Unless Hulu pulls an HBO move and suddenly decides to give it a second season after all. But for now, that’s not happening.

Dopesick is a limited series based on the book of the same name by Beth Macy. The book chronicles the opioid crisis in America (as of 2016, at least 453,300 Americans have died from opioids). Here’s the book synopsis:

In this extraordinary work, Beth Macy takes us into the epicenter of a national drama that has unfolded over two decades. From the labs and marketing departments of big pharma to local doctor’s offices; wealthy suburbs to distressed small communities in Central Appalachia; from distant cities to once-idyllic farm towns; the spread of opioid addiction follows a tortuous trajectory that illustrates how this crisis has persisted for so long and become so firmly entrenched.

Beginning with a single dealer who lands in a small Virginia town and sets about turning high school football stars into heroin overdose statistics, Macy sets out to answer a grieving mother’s question-why her only son died-and comes away with a gripping, unputdownable story of greed and need. From the introduction of OxyContin in 1996, Macy investigates the powerful forces that led America’s doctors and patients to embrace a medical culture where overtreatment with painkillers became the norm. In some of the same communities featured in her bestselling book Factory Man, the unemployed use painkillers both to numb the pain of joblessness and pay their bills, while privileged teens trade pills in cul-de-sacs, and even high school standouts fall prey to prostitution, jail, and death.

Through unsparing, compelling, and unforgettably humane portraits of families and first responders determined to ameliorate this epidemic, each facet of the crisis comes into focus. In these politically fragmented times, Beth Macy shows that one thing uniting Americans across geographic, partisan, and class lines is opioid drug abuse. But even in the midst of twin crises in drug abuse and healthcare, Macy finds reason to hope and ample signs of the spirit and tenacity that are helping the countless ordinary people ensnared by addiction build a better future for themselves, their families, and their communities.

Here’s the synopsis for the show:

Dopesick examines how one company triggered the worst drug epidemic in American history. The series takes viewers to the epicenter of America’s struggle with opioid addiction, from the boardrooms of Big Pharma, to a distressed Virginia mining community, to the hallways of the DEA. Defying all the odds, heroes will emerge in an intense and thrilling ride to take down the craven corporate forces behind this national crisis and their allies.