Breaking News
Watch Princess Diana's Heartbreaking Message in The Crown S4 Trailer: “All I Want Is to Be Loved”
Dua Lipa Wants to Give Fans a "Massive Hug" to Celebrate Her 2020 PCAs Nominations
Is Sally Webster going to be Ray Crosby's next target in Corrie? Debbie persuades her to sell her house
Queen of the South: What is James Valdez star Peter Gadiot’s nationality?
Skip to content

President Donald Trump has been fighting the release of a recently released documentary for the past four years. Documentarian Anthony Baxter attempted to bring You’ve Been Trumped Too to screens back in 2016, but it was unfortunately stopped by legal action from the Trump organisation.

And it’s easy to see why the company made this decision, as it depicts Trump’s organisation seemingly cutting off the water supply to Scottish widow Molly Forbes.

Forbes, who was 92 during the time of filming, was left without running water thanks to the businessman’s construction workers.

Her broken water pipe left her without any help from Trump, and a number of empty promises from members of the business.

The film follows a number of the local Scots fighting back against Trump in their own way – putting up walls, flying Mexican flags, etc. 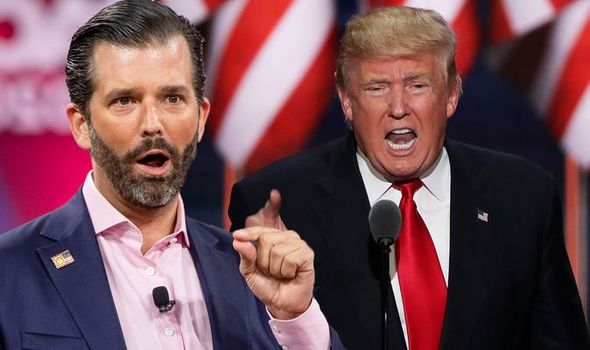 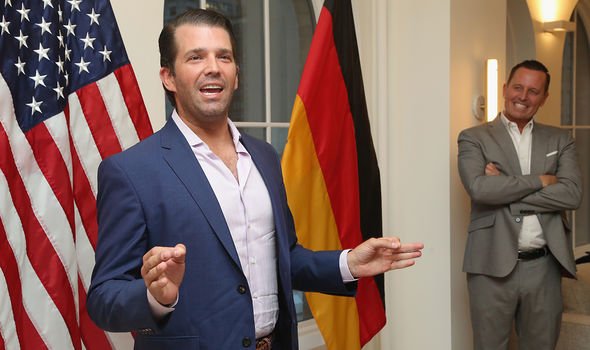 Although the film was shot just before Trump became President of the United States, Baxter feels as if Donald Trump Junior could be more “dangerous” than his father in the future.

Throughout You’ve Been Trumped Too Baxter speaks to Trump Jr in some one-on-one interviews.

These see him giving his opinions on Forbes’ loss of running water.

Baxter recently chatted with Express.co.uk about the film, in which he spoke frankly about Trump Jr, and his future. 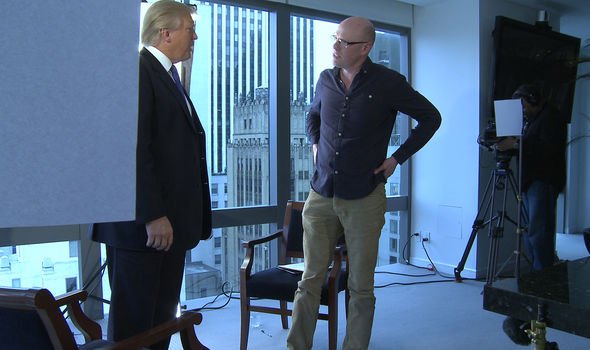 He explained: “I think in a way Donald Trump Jr is more dangerous than his father in some respects.

“In part because he’s just a product of his family. In the sense that he has lived a very privileged life, and he seems completely oblivious to what ordinary people have to go through.”

Going on to reminisce about his interview with Trump Jr, he said: “I mean, I remember him once saying to me during The Dangerous Game [Baxter’s previous film]: ‘Anthony, there’s the truth as you see it, and the truth as we see it.’

“And I think that’s the thing, he believes that the truth is what his father and the Trump organisation think is the truth.

“The point is, none of us really know what the truth is until we investigate and try and get to the truth.

“And I think when Donald Trump Jr did those hunting trips – which we talk about in the film – he seemed to be completely and utterly… he could not comprehend how people would find that offensive.

“It’s this kind of life of privilege and living in a bubble of this privilege that he has inhabited all his life.

“And when people like Donald Trump Jr get a sniff of power… it becomes a very dangerous thing.”

Going on to talk about the future of the Trump organisation, Baxter went on to predict Trump Jr may even strive for president.

“I think that’s why I, sort of, would be very concerned in the future – which I don’t rule out at all – [with] the idea that he might run as a future president.

“I think you see what’s happened in American history with George Bush and George Bush Sr.

You’ve Been Trumped Too is available on demand on iTunes, Amazon, GooglePlay, Journeyman VOD and Vimeo now August.

Watch Princess Diana's Heartbreaking Message in The Crown S4 Trailer: “All I Want Is to Be Loved”