After King Arthur flopped hard, Ritchie could do with a hit, and all the elements are in place to rejuvenate the director’s career. All he has to do is deliver a great movie that Disney fans love. Easy!

We’re going to be keeping a close eye on the project, so bookmark this page, because you’ll need a friend like Digital Spy to stay on top of all the latest news.

Shortly after the release of the first poster, Disney unveiled the first teaser for the live-action reboot. 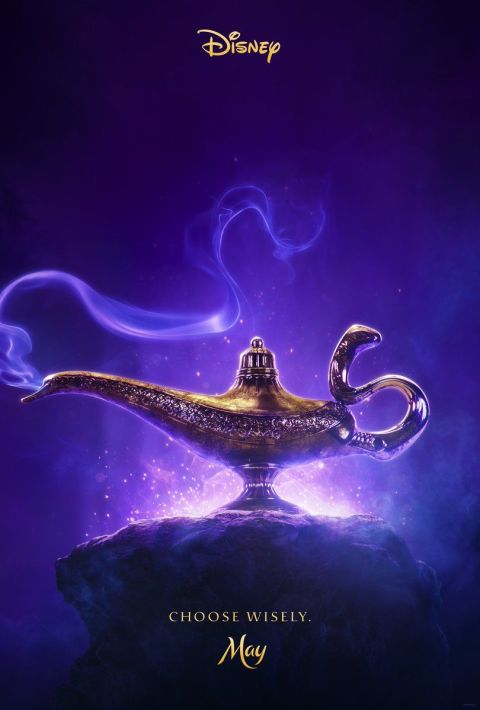 Backed by a slower instrumental take on ‘Arabian Nights’, the teaser doesn’t give away much, but shows us the cave of wonders and ends with Aladdin reaching for the fabled lamp – although the Genie is still being kept under wraps.

At least we got a look at Jafar’s faithful parrot Iago.

Aladdin cast: Who’s in it? 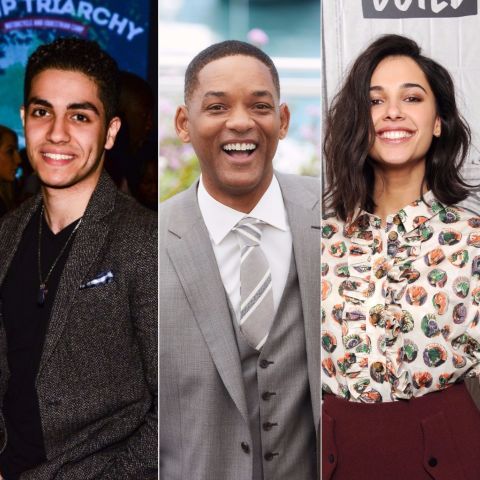 Aladdin‘s casting session kicked off in a fairly exciting way, with an open casting call meaning that basically anyone could have played the title character.

“The role of Aladdin is Middle Eastern, between the age of 18 and 22 years old, can sing, is very leading with handsome looks, incredibly charming, street savvy, charismatic and very physically fit,” it read.

The casting call also revealed the remake would be filmed from mid-August to January 2018, with the Aladdin hopefuls needing to be available from the end of May.

Despite a casting call that seemed faithful to the character, the spectre of whitewashing did hit the project, when Tom Hardy was rumoured to be playing lead villain Jafar.

Ritchie had other problems – namely, finding his lead. But that turned out to be nonsense too, with Ritchie announcing his cast just days later.

Unveiled at the D23 Expo, it was revealed that Will Smith will play the Genie and we later learned that his take wouldn’t just be replicating Robin Williams’ performance, but would be “a little Fresh Prince, a little Hitch and a whole lot of attitude”.

It was also confirmed that newcomer Mena Massoud will take on the lead as Aladdin and Naomi Scott was also announced as Jasmine.

That last announcement didn’t go down too well with fans, who took to Twitter to complain about a non-Arab actress being cast in such an iconic role. (Even though the original pan-Middle-Eastern story was first written down by a French author and set in China.)

Still, the Tom Hardy rumours were put to rest when Marwan Kenzari was confirmed as Ritchie’s number-one choice for the lead villain.

Jafar’s right-hand man was next on the cast-list. Hakim is head of the guards and a right piece of work, and thankfully Homeland actor Numan Acar seems well up to the job.

He took to Twitter to thank happy fans after he was cast, saying: “So great to have so many amazing supporters. You make my day. Love peace harmony for all of you.”

Which doesn’t sound like the sort of thing Hakim would say, but it’s lovely all the same.

Navid Negahban will be playing the Sultan in the new version and following reports of Disney darkening the skins of white extras during filming, he reassured fans that it wasn’t the case.

“It’s not whitewashing. The thing is that the garden should be filled with flowers of different kinds. If not, the garden is going to be very boring. So you’re gonna go and see this beautiful garden with colourful flowers, and I just hope that you enjoy the journey,” he said.

Negahban later told Digital Spy that the movie will “honour and respect” the culture of Aladdin‘s setting and characters.

Aladdin release date: When is it out?

Easy: it’s due on May 24, 2019. Filming officially wrapped in January 2018 as lead star Mena Massoud shared a behind-the-scenes snap on Twitter.

Aladdin characters: Who will they play? 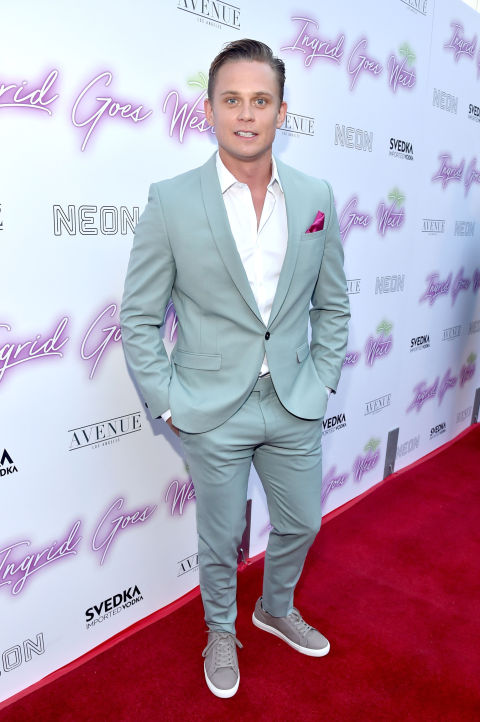 In addition to the confirmed classic central characters, some intriguing new roles have been announced. One popular, one… not so much.

Let’s start with the good news – former Saturday Night Live star Nasim Pedrad joined the cast in one of the newly-created roles, as Jasmine’s handmaiden Mara.

Now, the bad. Just when we thought they got over the whole whitewashing thing, the production made the bizarre decision to create another new character, in the shape of a white prince played by Billy Magnussen.

Aladdin live action: What will it change? 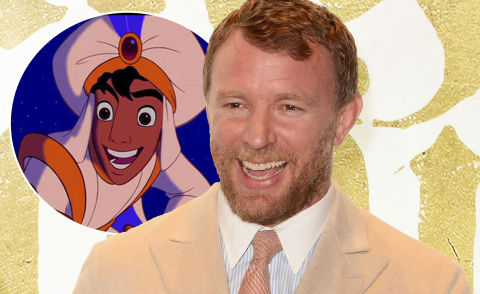 Aside from the new additions to the story, not much we’d wager – Beauty and the Beast was so close to the original cartoon, we’re not even sure why they made it. But it was such a massive success, we’re assuming Disney will stick to that adaptation template.

Whatever happens, it looks like the cast are having fun making it, if Will Smith’s first image from the set is to be believed.

“We just started shooting Aladdin and I wanted to intro you guys to our new family… Mena Massoud/Aladdin, Naomi Scott/Princess Jasmine, Marwan Kenzari/Jafar and I’m over here gettin my Genie on. Here we go!”

Aladdin musical: Will there be songs? 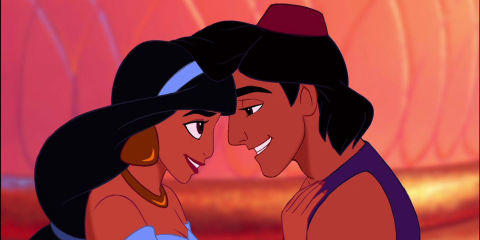 Some fans wondered what kind of an adaptation Ritchie would make – he’s never directed a musical before, so would his live action Aladdin still have songs? Of course it would.

“I think it’d be tough to not make [Aladdin] a musical,” Ritchie said. “I’ve really just immersed myself into that project. So I’m still looking for cast members, we still haven’t found exactly which direction we’re going in.

“I’m confident that at some stage it will reveal itself to me, but right now it’s just a bit too premature.”

It really would be a whole new world if Disney decided to take the songs out of Aladdin, they’re a big part of the cave of wonders of the original animation.

And Disney knew just who to turn to for the songs as La La Land and The Greatest Showman duo Benj Pasek and Justin Paul revealed that they were working with the legendary Alan Menken to put lyrics to his new original music.

They later confirmed that this would include two new songs: one a song for Jasmine and another a duo between Aladdin and Jasmine.