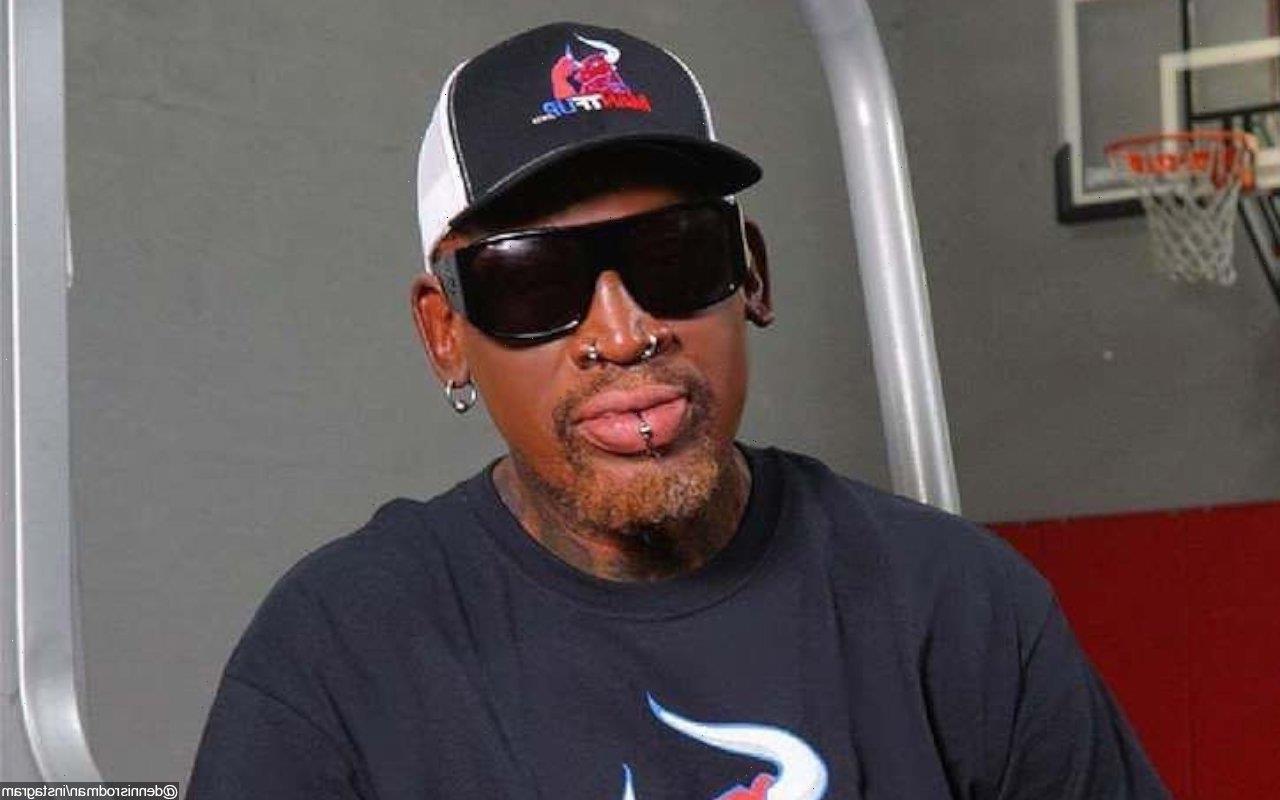 Phil Lord and Chris Miller, who are known for directing and writing animated film ‘Cloudy with a Chance of Meatballs’, will serve as producers of the new movie.

AceShowbiz –Dennis Rodman will give fans a look at his infamous Las Vegas trip during the 1998 NBA Championships. It has been reported that the former Chicago Bulls star’s wild adventure in Sin City will be chronicled in a Lionsgate’s new film titled “48 Hours in Vegas“.

Serving as producers are Phil Lord and Chris Miller, who are known for directing and writing “Cloudy with a Chance of Meatballs“, as well as Aditya Sood. Dennis, Ari Lubet and Will Allegra, meanwhile, will be executive producers.

“Dennis refused to follow the herd,” Phil and Chris said in a statement. “That is what made him a target and it’s also what made him a star. His weekend in Las Vegas is full of fun and hijinks but it is also full of important questions about the way public figures, and workers are treated, especially when their individuality is expressed so vividly.”

Also speaking about the film, which is written by Jordan VanDina, was Lionsgate’s Motion Picture Group president Nathan Kahane. “There’s only one Dennis Rodman. In 1998, there was nobody on Earth who’d be more fun – or maybe more dangerous – to party with,” Nathan shared. “And yet that’s not even half of who he is.”

“This movie takes you on an unforgettable ride with the myth, the legend, and also the man that Dennis is, behind everything you think you know,” Nathan added. “We could not be more thrilled to be working with Phil, Chris, Aditya, Ari, Will, and Jordan, and above all, Dennis, whose amazing career and life will make for an off-the-wall hilarious yet completely human and emotional movie. You think you know anything about ‘The Worm’? Just you wait!”

Dennis’ 2-day trip was previously touched on Jason Hehir’s “The Last Dance“. On the docu-series, Michael Jordan described what happened with Dennis and Bulls’ No. 2 star Scottie Pippen, who had missed a portion of the season with a foot injury.

“When Scottie was out, Dennis was a model citizen, to the point where it was driving him f**king insane,” Michael explained. “So, when Scottie came back, Dennis wanted to take a vacation… We look at Dennis and say, ‘Dennis, what are you going to do?’ “

Dennis turned out spending four days in Las Vegas as he enjoyed partying with ex-girlfriend Carmen Electra and his crew. “It was on, the party was started right away,” Carmen said on the docu-series. “It was definitely an occupational hazard being Dennis’ girlfriend. He was wild.”