When Claire Foy was cast in the TV series The Crown, portraying Queen Elizabeth II, she realised it was a role with which she would be forever linked. But despite the shadow cast by this career-defining part, which earned her an Emmy and a Golden Globe, the 34-year-old English actor has shed all traces of regal demeanour in her two new highly anticipated films. 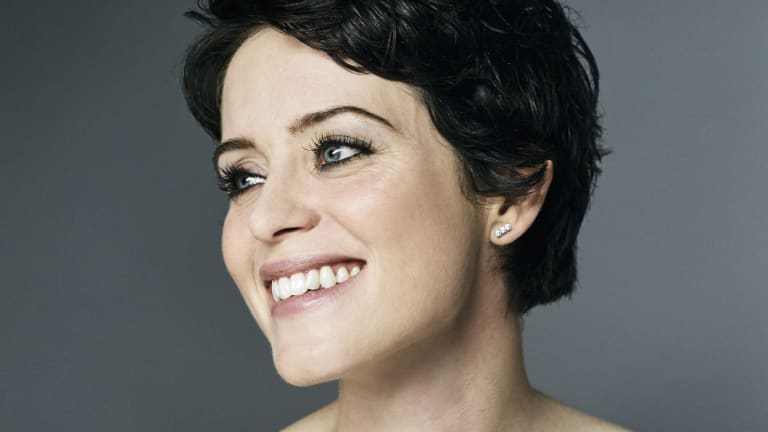 Looking at the demure actress sitting across from me in NASA's media centre, it seems remarkable that she could so effortlessly inhabit such contrasting characters. She's wearing a simple cream JOSEPH dress and an elegant gold-leaf Lelet hairclip to keep her pixie cut out of her eyes.

In person, she's someone else all over again; playful, funny and clearly excited about finally being able to visit NASA's Kennedy Space Centre in Cape Canaveral, Florida, after missing out when other cast members came to research their First Man roles.

"I was in the 'other' movie, the one where Neil Armstrong was at home," Claire joke, dangling her teabag in a paper cup, "so I was excited when I heard we were doing publicity here!"

The humble Brit has been on her own rocket ride since wrapping her second season of The Crown in late 2017 and handing over the tiara to Olivia Colman because producers planned to skip a decade in the monarch's reign. However, Claire insists her new film roles are not part of any strategic plan.

"It's very rare that you are given the opportunity to really stretch your legs as an actor, especially to play someone who is so far beyond the reaches of myself, so I feel incredibly grateful and lucky I had that chance," she says. "But I think if you just actively try to do something because it's the opposite of something else, you are going to make a terrible mistake.

"If I follow my gut and hope that leads me somewhere, even if I make a mistake, it's likely to lead me to somewhere interesting. That's what I hope I can keep doing."

Directed by Damien Chazelle, who won an Oscar for La La Land, First Man focuses on Neil Armstrong in the 10 years leading up to the historic 1969 Apollo 11 flight and moonwalk. Based on a book by James R. Hansen, the film explores the triumphs and the sacrifices made by Armstrong, the other astronauts, and their families.

When Ryan Gosling sits down to talk, he's eager to praise his co-star and agrees that she is remarkably devoid of ego. "I was a fan of Claire in The Crown and every time I saw her, either in her work or on an award show or something, she'd walk away from a situation leaving a giant mushroom cloud where anything pretentious used to be," Gosling says fondly. "She has an incredible ability to just cut out the pretence."

When Janet Armstrong passed away earlier this year (Neil Armstrong died in 2012, aged 82), Claire admits she was devastated. "Ryan got to meet her but there was a hurricane and weather issues and my flight was cancelled," she sighs. "I always thought I'd get another chance and I'll always regret that I didn't."

She was honoured that Janet and Neil Armstrong's two sons, Rick and Mark, offered to share intimate details about their parents that ran the gamut from what cereal they ate for breakfast to how she tucked them in at night. Claire's blue eyes well up as she adds, "They were incredibly generous, sharing so much of their mum with me, and if I talk about it too much I'll start bawling." 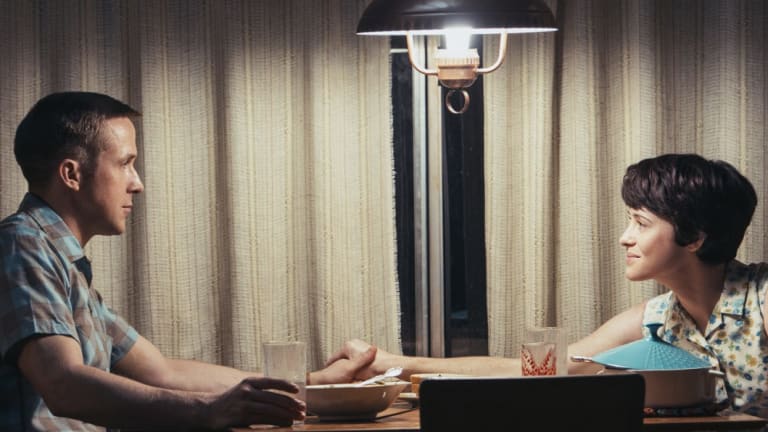 Born in Stockport, near Manchester, Claire grew up in Buckinghamshire as the youngest of three children. She enjoyed drama in her early years but by the time she was 11 she was gravitating more towards sports. At 13, however, she was diagnosed with juvenile arthritis and could no longer participate in athletic activities.

Five years later, a tumour was discovered growing behind her eye, but it was benign and treated successfully with surgery and steroids. Looking back, she chooses to label these challenges as life-affirming.

"It was horrible and debilitating, but it made me realise that I needed to grab the life I wanted," she told British Vogue about her cancer scare. "If that hadn't happened, I don't know if I would have been brave enough to study drama."

After making up her mind, and training at the Oxford School of Drama, Claire made her professional debut at the Royal National Theatre in London. A steady string of credits followed, including the 2008 BBC miniseries Little Dorrit, her movie debut opposite Nicolas Cage in Season of the Witch in 2011, and the 2015 miniseries Wolf Hall, which earned her a BAFTA nomination.

Throughout her career, Claire has played deeply complex characters but she bristles at the suggestion they can all be labelled "strong women".

"I have absolutely no interest in portraying what other people think of as strong. It's a way of making women more acceptable in a male world, and I am just not on board with that," she declares in her no-nonsense English accent. "I don't think women are crying out to see strong women; I think we know we are all strong but we're just crying out to see women on screen at all!"

In her role as Lisbeth Salander in The Girl in the Spider's Web, Claire trades her buttermilk complexion for a body adorned with tattoos and also sports a jagged, super-short haircut. It's her attempt to reinvent the role previously played by Noomi Rapace and Rooney Mara.

"I'd already re-read all the books and I just started thinking about what I didn't want to do," she says. "I felt very strongly that I didn't want to just say she has a mohawk and loads of tattoos and the job's done. I wanted to go back and understand why she has those things and why she wants to create a veneer of unapproachability so I could make sense of it." 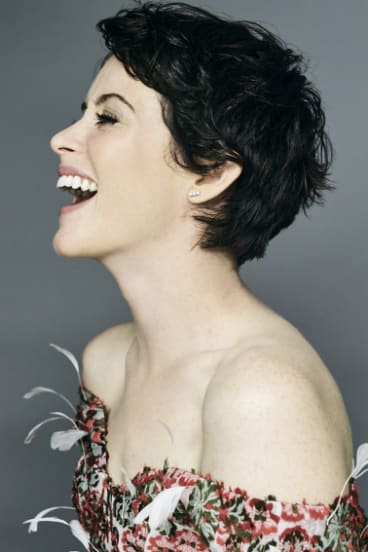 “It’s very rare that you are given the opportunity to really stretch your legs as an actor, especially to play someone who is so far beyond the reaches of myself, so I feel incredibly grateful and lucky I had that chance.”Credit:Emma McIntyre/BAFTA LA/Contour by Getty Images

She admits the task of having the tattoos applied and removed was both time-consuming and tedious. "Very occasionally, at family parties, I'd look down and be like, 'Oh look, I've still got that one on!' " she says, giggling.

This is the first reference Claire has made to the fact she has a family, and she's quick to shut down any questions about her split earlier this year from her actor husband, Stephen Campbell Moore. And she will not speak about their three-year-old daughter, Ivy.

"I don't feel comfortable talking about my family, I'm afraid," she says, firmly but politely. Spending time with Gosling, who navigates intrusions of privacy on a daily basis, she seems horrified this might be in her future. "I've always said that if it becomes too much, I won't do it any more," she says.

Naturally funny and self-deprecating, the woman First Man director Damien Chazelle describes as "one of the greatest actresses of her generation" sheepishly admits the trappings of fame aren't all bad. When Claire attended the 2017 Golden Globes as a nominee for the Best Actress in a TV Drama award, she was overcome with excitement even before she found herself on stage accepting the award.

"I saw Meryl Streep and there's no way you feel you can go up to someone you admire that much and tell her what she means to you," she says.

"I try to remember that everyone goes to the toilet, but at award shows everyone really does go to the toilet, and when you come back, suddenly you are sitting next to Stevie Wonder. Your heart is pounding but you just casually say 'Hello Stevie' because it's too normal for it to be weird!"

Given her current big-screen takeover, Claire Foy may have to start regarding such situations as her new normal.

First Man is in cinemas now. The Girl in the Spider's Web is out on November 8.

This article appears in Sunday Life magazine within the Sun-Herald and the Sunday Age on sale October 21.