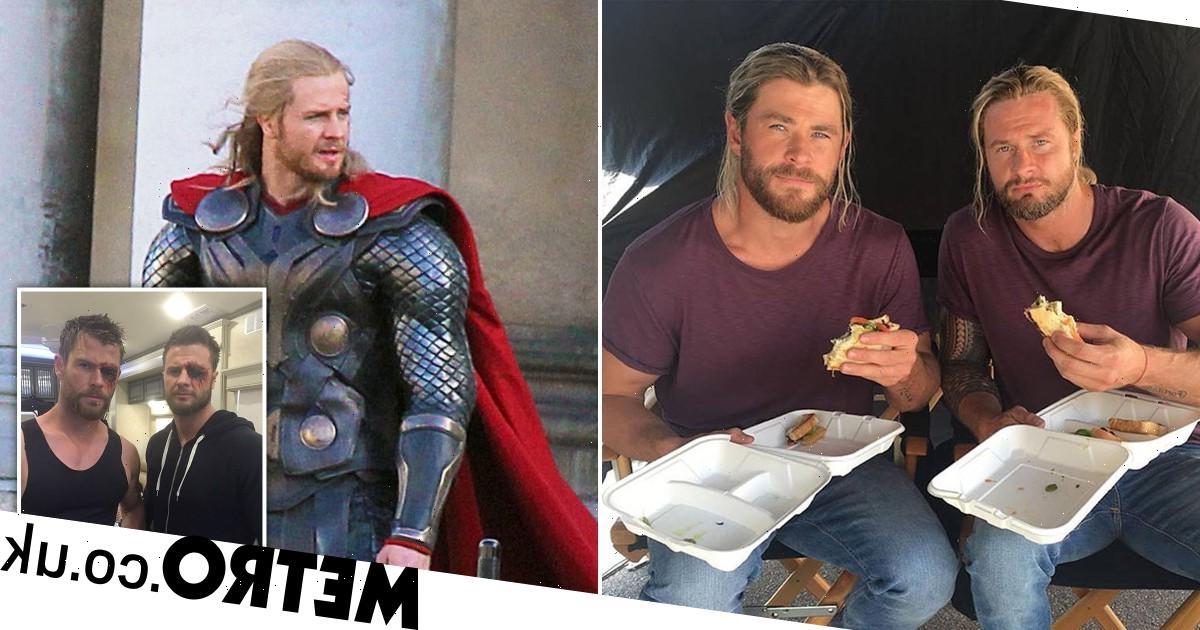 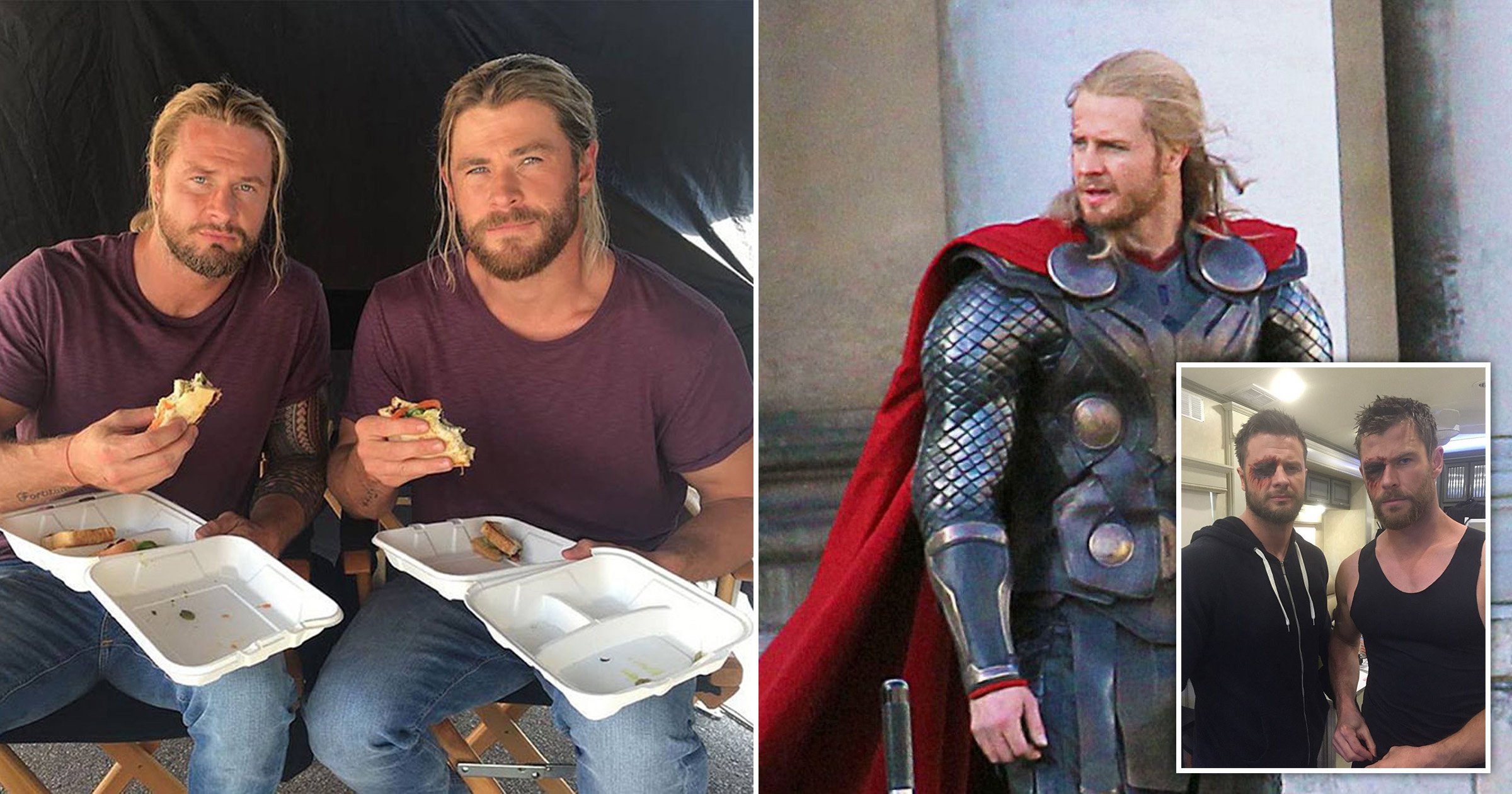 Chris Hemsworth’s stunt double has revealed the lengths he went to for Thor: Love and Thunder, from eating 10 meals a day to training for eight months to match the actor’s physique.

Bobby Holland Hanton, who’s been Chris’ stunt double for over a decade, revealed it was the ‘toughest Thor to date’, with the pair of them bulking up to a huge weight to play the god of thunder.

‘It was probably the toughest Thor to date and I think I say that because of the extensive training that me and Chris had to embark on over the seven and a half months I was in Sydney and a couple of months before that,’ Bobby told Metro.co.uk.

‘It was during the Covid pandemic and Chris called and was like, “We’re hoping to start soon.”

‘He wanted his character to be biggest, strongest, and healthiest Thor that he’s been. On the phone, I was like, “Dude, you’re always in incredible shape!” It’s so hard to get anywhere near his physique – I’ve been training for that for the past 10 years.’

Explaining the training, Bobby continued: ‘It meant training twice a day, sometimes three, which was actually overtraining but one of those sessions would be more stretching, and then maybe swimming or cardio, and then eating 10 meals a day. Sometimes two of those would be a protein shake but it would amount to 4,500, 5,000 calories a day.

Explaining that being that much heavier than his usual weight made everything, even walking, tougher, Bobby pointed out: ‘I was tough, it was really tough, but it was another great experience.’

As for the kind of stunts he performed, Bobby went on: ‘There was lots of flying around, wirework, and hard hits, and that’s the Thor character wrapped in one. We always try and push the bar and change it up and come up with some original ideas and I think we achieved that. Being a fantasy world, there’s a lot of flying around and high work stuff – it was good and it was testing but we had some good results.’

And Chris doesn’t shy away from the stunts either.

‘He did mostly everything, he always does, there’ll be some hard hits that I’ll step in to do,’ Bobby recalled. ‘It’s just not worth the risk of him getting injured and the production having to shut down.’

Remembering some of Chris’ best stunts, Bobby pointed to the incredible splits in the opening sequence of the movie.

‘It was both of us, it was me and Chris, and also there was some great CGI in there as well – so we both had a good go at [the splits]. We certainly had to try and be as flexible as we could for that part of the movie.

‘[And] his fight with Christian Bale as Gorr – he’s so strong, he’s so athletic in his fight stuff and in all of his stunts. He’s trained, he’s a great surfer, he’s a great kickboxer, he’s got all of the tools so he does most of it himself.’

‘We do a lot of wirework,’ Bobby explained of the process. ‘The stunt team will start on the movie about eight and 12 weeks before principal photography starts because what we’re doing is breaking down all the action sequences and rehearsing them.

‘To be able to do it repeatedly and safely, we need to break down the wirework and the flying around, and all the stunts, into small increments and increase as we go.’

It takes a whole lot of trust, which Bobby finds easy after working with the Thor team for 10 years.

‘We’ve been together 10 years and [Chris is] one of my closest pals,’ he reflected. ‘The whole team, we’re like one big family. It’s the best team on the planet.’

Bobby’s not just a talented stunt performer either – he recently released his debut children’s book, The Adventures of Eddie and Flip Boy, which he wrote straight after having back surgery, when he had to lay off the stunts for a few months.

The book is based on his stepdaughter and nephew, with Bobby explaining: ‘Basically, it’s a fun story to motivate kids to be a little bit more active and get out there and enjoy sports classes, put down their phones and iPads, and it hopefully teaches children a little bit about working hard to achieve something great.

Meanwhile, he’s also made his acting debut in his upcoming film, action-comedy School Fight, which will be out later this year.

‘We’re going to the London Action Festival on July 31 to show a sneak peek of the movie and then a Q&A panel,’ he explained.

‘We had some great responses from people who had seen little clips and have now seen the finished product, Chris, Matt Damon, my friends had seen it and they were like, “This is awesome.””

Bobby’s book The Adventures of Eddie and Flip Boy is out now and he’ll be at the London Action Festival on July 31. Thor: Love and Thunder is in cinemas now.