A documentarian traces a Hmong girl’s experience with a custom that permits boys to detain girls with the intention of marriage. 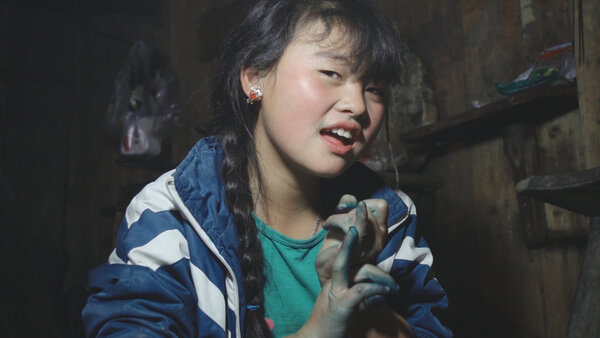 In the disturbing Vietnamese documentary “Children of the Mist,” a plucky 12-year-old girl named Di is abducted after a Lunar New Year celebration. Her parents are frustrated at best — who will feed the pigs when they go drinking? But their response is not unusual in this remote mountain region of northern Vietnam, where the Hmong — one of the country’s largest ethnic groups — reside.

“Bride-napping” is a Hmong custom that permits boys, often with the help of their families, to nab girls and detain them for three days. Throughout this time, the girl can decide whether she wants to go through with the marriage, though in practice, rejections can be violently challenged. That’s the norm in these parts: Di’s mother and older sister were bride-napped as well.

Di, however, is the first person in her family to receive a formal education; she’s quick, chatty and understands all too well the pitfalls of her community’s patriarchal mores. Still, she’s a child herself, glued to her phone when she’s not working the field or cooking meals, and prone to engaging in online flirtations.

The filmmaker Ha Le Diem shot “Children of the Mist” over the course of three years, integrating herself into Di’s life in a way that complicates the documentary’s otherwise unobtrusive, observational approach. When Di cozies up to a smitten boy, Diem’s camera watches them walk away. The boy says not to follow them, shouting back from a distance that he has no intention of kidnapping Di.

Then he does, though Di has no intention of getting married. Diem is told not to interfere, but at one crucial moment, she must. It’s an upsetting scene, though one senses that without the presence of the camera, Di would have fared far worse.

Children of the Mist
Not rated. In Hmong and Vietnamese, with subtitles. Running time: 1 hour 30 minutes. In theaters.