Maybe it DOES belong to America after all 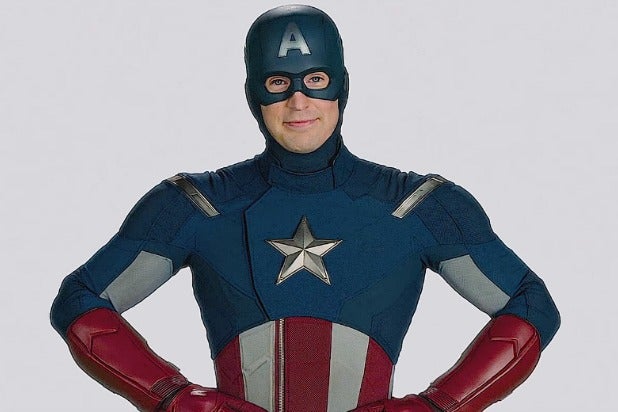 “Captain America” star Chris Evans waited a couple of days to finally address that nude he accidentally posted on Instagram Saturday, but when he did it was one for the lemons-to-lemonade hall of fame.

As everyone knows, Evans surprised fans on Saturday morning when he attempted to post an Instagram video and instead uploaded a roll of photos from his phone. Among the string of images was a photo taken from a bed featuring the uh silhouette of an erect penis, which everyone was forced to conclude belong to the First Avenger. Or, as a great many people on dubbed it, “America’s Dick.”

Other great puns included “a welcome new ‘member’ of ‘The Avengers” and “the most fantastic one of the ‘Fantastic Four’” (Evans played Johnny Storm AKA The Human Torch in that series). And along with the puns came dozens of what can only be described as heartwarming counter-programming from fans on Twitter, whonoted what a nice guy Evans is and posted photos of him with his dog, helping famous ladies up stairs and onto the stage of award shows, and similar things.

Which is to say, as public embarrassments go Evans experienced the best possible version. And that continued Monday night as fans and admirers celebrated his urge to vote with pretty much universal praise — including from a few other famous people who amplified the message. Read on for a sample of the reaction to, uh, Evans’ reaction.