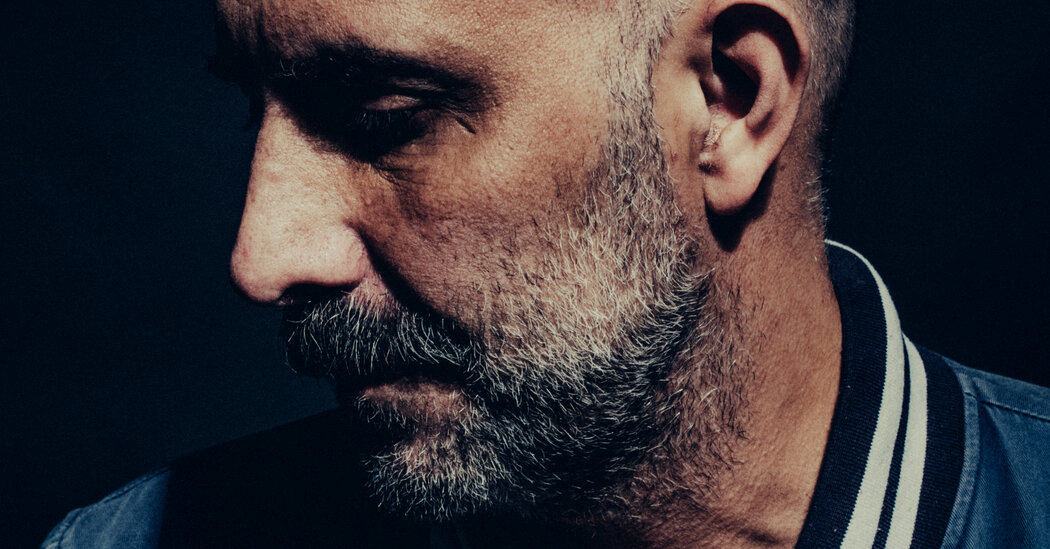 CANNES, France — Gaspar Noé is a Cannes Film Festival fixture, but this year, he’s arriving just under the wire: After the director shot his new film “Vortex” in April and May under a cloud of secrecy, he rushed to complete it in time for a festival premiere. On Friday night, the last regular day of the festival, the film finally debuted; Noé had finished it just days before.

Maybe it’s fitting that “Vortex” arrived at the end of the festival, since Noé is chronicling what happens at the tail end of our lives. In split screen, the film follows an elderly married couple as they muddle around their cluttered Paris apartment. One camera follows the wife (Françoise Lebrun), stricken with dementia, as she struggles to make sense of her surroundings; the other follows her husband (the film director Dario Argento) as he deals with her condition and places calls to his mistress.

Though Noé has sent a jolt through past festivals with provocative projects like “Irreversible,” “Climax,” and the pornographic 3-D film “Love,” his new film exudes a different, more contemplative vibe. When we spoke earlier this week, Noé said that change in attitude happened after major events in his own life. Here are edited excerpts from our conversation:

When did the idea of old age and death start to feel more real to you?

There are shifting points in your life. My mother died in my arms, and when that happens, your perception of what’s real changes a bit. I also had a sudden brain hemorrhage a year and a half ago and I almost died of it. They said, “There is a 10 percent chance you will survive without brain damage.” Miraculously, I did.

When you get close to those situations — a car crash, a disease or whatever — the problem is not if you should have an afterlife, which of course I don’t believe in. The problem is what all the people around you are going to do with your stuff, with your books, with the bills you didn’t pay? My main concern when I was on that hospital bed was, “If I die, no one’s going to be able to manage all the books I have on the shelves.” The mess that you carry with you is the thing that keeps you alive.

What was your first experience with an older person who was losing their mental faculties?

When I was 8 or 9 years old, I met a friend who had a senile grandmother in his house. I would come and talk to the grandma and she says, “Who are you? You’re not my grandson.” I remember giving different answers to the same question, because as a kid, you can have fun with it. When it’s your own mother or father who starts losing his mind, it’s much more traumatic.

You’ve been carrying around the idea for “Vortex” for a long time. How different would it have been if you made it years ago?

Two years ago, I wouldn’t have done it with the split screen. For example, I really liked the movie “The Father,” but it’s a theater play, it’s very artificial. I said, “Well, I’m not going to do something like that movie. Let’s try to do something that could be playful in its form.” Then I found this concept of shooting the movie with two cameras, and each camera is following one of the characters as if their lives were both complementary and separate. It’s a story of two tunnels of life.

Dario Argento is better known as a film director, and he has never led a movie as an actor. How did you convince him?

When I started preparing this movie, he was my very first idea, but I didn’t know if he would accept or not. And so one morning, I met him at his place, I came with this 10-page script and we watched “Love” together, which was probably not a good idea. I was asking him to be in a serious movie and the same time, we were watching this erotic movie I made. In the morning! But finally, he accepted on one condition. He said, “Oh, I’d like the character to have a mistress.” I said, “Of course.” I like making movies with people who own their character and their dialogue.

You’re really asking Argento and Françoise Lebrun to confront the end of their lives by playing these characters. Was that difficult for them?

When I see them, they’re not afraid of death. They’re afraid of not being fun! They’re very playful, and neither of them are anguished people. It seems the moment you’re born, you’re aware of the void you’re standing on. But in their cases, they have all this future life in front of them that they want to play with, even if it’s not long. And movies are a game.

A few years ago, I spoke to you at Cannes after your film “Climax” got great reviews. You told me you were a little startled by that reaction. Usually, they’re more polarizing.

I’m happy when the movies are well-received, it’s just that I’m so used to having bad reviews. I enjoy them — sometimes I put bad reviews on the wall — but I think you pay more attention to the reviews when you’re in doubt of the feeling you delivered. The film directors of the past usually say that their favorite movies were the ones that were most hated when they came out. “Irreversible” was probably my meanest, dirtiest movie and that was my only commercial success to this day! And the one that could have turned into a success was “Love,” but it was sold to Netflix. Everybody has seen it, but I didn’t get one cent of that. It’s like a ghost blockbuster.

People at Cannes have been comparing “Vortex” to Michael Haneke’s “Amour.” Would you agree?

You know what? Haneke didn’t invent senility. He didn’t invent age. I was very touched when I saw “Amour.” My mother was in the process of dying, and I think I never cried more in a dark theater than when I saw that movie. But I would have made this movie even if “Amour” hadn’t existed.

Do you fear dying?

No. Because of this brain hemorrhage, I feel like I have extra time and I want to enjoy it.

There are also filmmakers who pursue a sort of immortality through their work. Is that something that you derive any power from?

I think it’s easier if you’re a writer or a painter. For example, my father was a painter and once he does a painting, the painting is always there and it doesn’t change. If you’re a director, your movies are now shown [via a Digital Cinema Package] that has a code key where if you don’t have the number, you cannot open that hard disk. Probably all the movies that we’re filming today, in the near future, you won’t be able to open all those little black boxes. So even with movies, you cannot think of immortality. If your movie lasts even 10 or 20 years after your own death, that’s great.