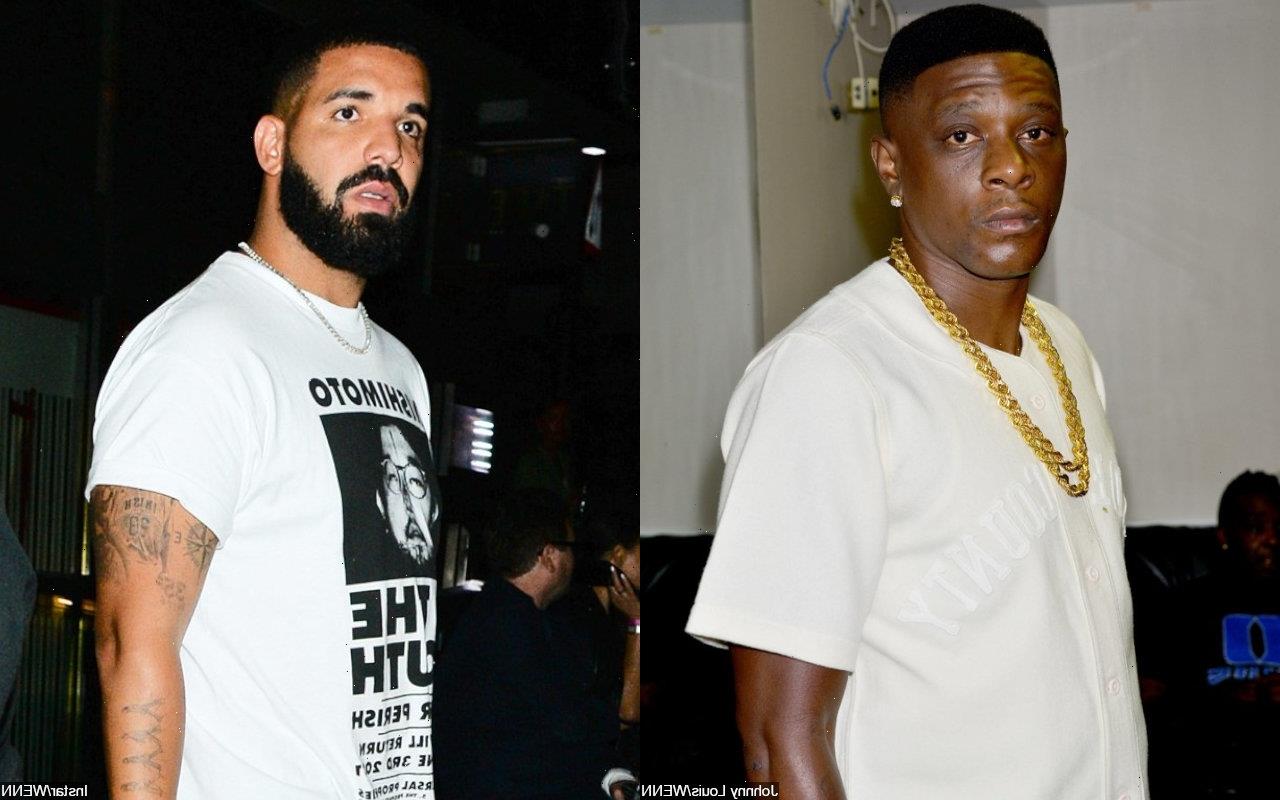 Upon learning his account gets deleted from the photo-sharing platform, the ‘Wipe Me Down’ rapper turns to Twitter to continue promoting his new movie, ‘My Struggle’.

AceShowbiz -Boosie Badazz (Lil Boosie)’s Instagram page has been removed yet again. After he pleaded with fellow rapper Drake to promote his new film called “My Struggle“, the “Wipe Me Down” spitter took to Twitter to lament the removal.

“MY IG WAS TAKEN FOR NOTHNG AGAIN. THEY MUST HAVE FOUND OUT I HAVE A FILM THAT IM PROMOTING,” the 38-year-old tweeted on Tuesday, September 28. “PLEASE CONTINUE TO BUY MY FILM DESPITE THIS MOVE TO STOP THE SUCESS OF MY STRUGGLE.YALL ALL I GOT AGAINST THESE POWERFUL PEOPLE .BUY IT TWICE TO BOOST MY FIRST WEEK NUMBERS THANKS.”

Shortly afterward, Boosie fumed in a separate tweet. “THEY SAW ME REACH OUT TO DRAKE FOR HELP SMH GO BUY MY MOVIE 3TIMES F**K THESE PEOPLE.”

The deletion of Boosie’s Instagram account came after he asked Drake to help him improve the sales of his movie. “Ay Drake, I need you to tell Canada f**k with my biopic,” he said in an Instagram video. “Go f**k with my film. Go on tell the 6 go f**k with my film. [I] know you got power. Help me out, n****a.” On the clip, he penned, “@champagnepapi TELL CANADA CHECK IT OUT!!”

The Baton Rouge MC already had his account suspended in August. It’s disabled after he threatened Lil Nas X when defending DaBaby amid backlash over the latter’s homophobic slur at Rolling Loud Festival.

Boosie first got his Instagram removed back in August 2020. He then put the blame on Facebook’s founder Mark Zuckerberg, saying, “I need to talk to you. …I don’t know what I did but I need my Instagram back. I didn’t even know what I did.”

Earlier this year, Boosie’s account was taken down once again after he posted a clip of him slapping a man in the music video for his and DaBaby collaboration, “Period”. Later on March 29, he announced his return under the handler @HesBackAgain2021.