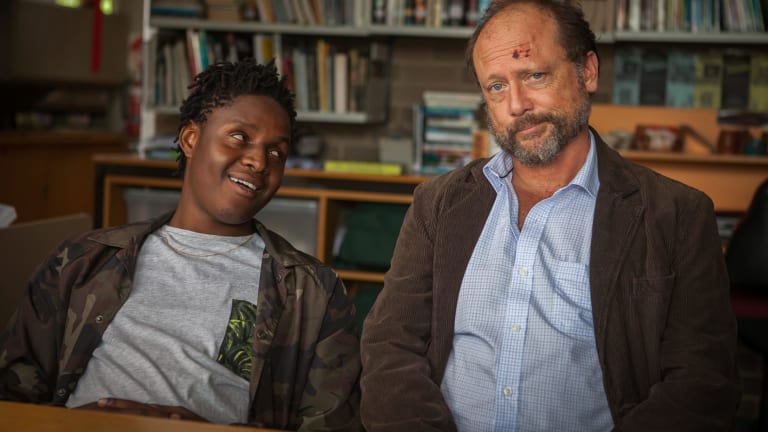 Britain's Kingsley Amis made a long and healthy literary career out of a gift for creating clownish curmudgeons. 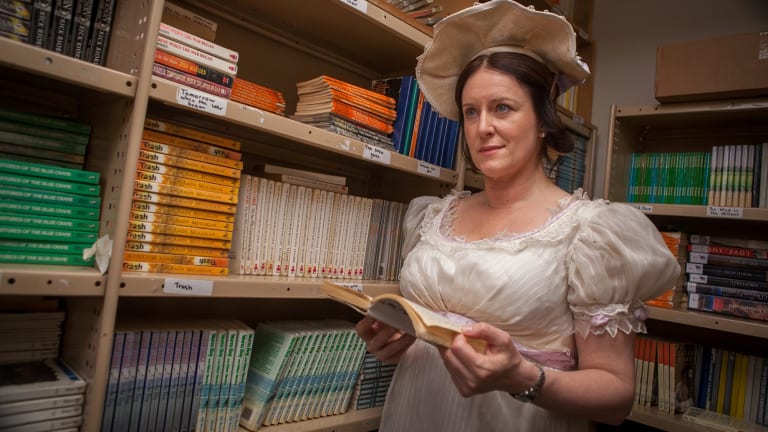 Susan Prior as head teacher Lee Issen in a scene from Book Week.

From Lucky Jim onwards, they had little going for them except for a talent to amuse.

Nick Cutler (Alan Dukes), failed English teacher and aspiring novelist, is supposed to be cut from the same daggy bit of old tweed. He's cranky, boorish and absolutely convinced he's the smartest person in any room he deigns to enter.

His particular bete noire is his brightest student, who's also writing a novel. Implicit in their acrimonious exchanges is the possibility that hers is a lot better than his.

As you may gather from this, Australian writer-director Heath Davis has stacked the odds against Nick. And there's more. He's equally rude whether sober or drunk – as he is for much of the time – and he cheats on his girlfriend, Lee (Susan Prior), the school's head teacher, with a nonchalant disregard for her feelings. Yet she mysteriously persists in adoring him.

His only positive feature is his role as guidance counsellor to the school's delinquent basketball champion Tyrell (Thuso Lekwape), yet this, too, has its self-serving aspect. He drags along Tyrell, who happens to be stoned at the time, to a publicity interview for his new book, having persuaded him to sing his praises as a teacher.

In other words, you'd have to be a comic genius to dig your way out from under such a mess and the script has neglected to supply Dukes with the tools to make it happen.

While Nick's exploits precipitate one or two pratfalls, his indestructible smugness mean that they produce few laughs. Sparks fly only when he's with Sarah (Airlie Dodds), a young student teacher who falls into bed with him when they're both drunk.

As a fellow mischief-maker, she understands him very well and dispenses some necessary home truths with a matter-of-factness that reminds you how well understatement can work – especially when it's surrounded by dialogue intent on hammering every point home.

Tiriel Mora's performance as the school principal also has comic flair, best expressed in the scene where he greets Nick's resignation with a mixture of profound relief and slight regret at losing the school's one source of entertainment.

The misadventures of the middle-class in midlife is an area that Australian filmmakers tend to leave to television these days and Davis should be applauded for bucking the trend. But the only time it's possible to summon up a trace of sympathy for the feckless Nick is when he's being yelled at by his father (Nicholas Hope), who has clearly taught him everything he knows about the art of being a jerk.