Ben Barenholtz, who began the midnight-movie phenomenon at his Manhattan theater in the 1970s and nurtured the movie careers of David Lynch and the Coen brothers, died on June 27 at a hospital in Prague, where he had been living since last year. He was 83.

The death was confirmed by Tom Prassis, the executor of his estate and an executive vice president of Sony Pictures Classics.

Mr. Barenholtz had been running the Elgin Theater in the Chelsea neighborhood of Manhattan as a repertory and art-film house for two years when he decided, in late 1970, to show “El Topo,” the Chilean director Alejandro Jodorowsky’s surreal, bloody Spanish-language western, at midnight on Sundays through Thursdays and 1 a.m. on Fridays and Saturdays.

“I was told by the experts: ‘Who’s going to come to see a film at midnight? You’re out of your mind,’ ” he recalled in an interview with The New York Times in 1995.

But something about “El Topo” — which had its United States premiere at the Elgin on Dec. 18, 1970 — suggested to Mr. Barenholtz that it would appeal to a young audience eager for a new type of late-night movie experience in a run-down theater where marijuana smoking was condoned. He was right. With little advertising but strong word of mouth, crowds soon filled the Elgin’s nearly 600 seats during the film’s exclusive run.

“Within two months, the limos lined up every night,” Mr. Barenholtz was quoted as saying by J. Hoberman and Jonathan Rosenbaum in their book “Midnight Movies” (1983). “It became a must-see item.”

“El Topo” would have stayed at the Elgin past June 1971, but John Lennon, who had seen the film several times, persuaded the Beatles’ manager, Allen Klein, to buy the rights. Mr. Klein gave it a splashy official opening at a Times Square theater later that year. It flopped after a short run.

By then, other theaters had begun to copy Mr. Barenholtz’s formula — most notably the Waverly, in Greenwich Village, which showed George Romero’s “Night of the Living Dead” at midnight in 1971. 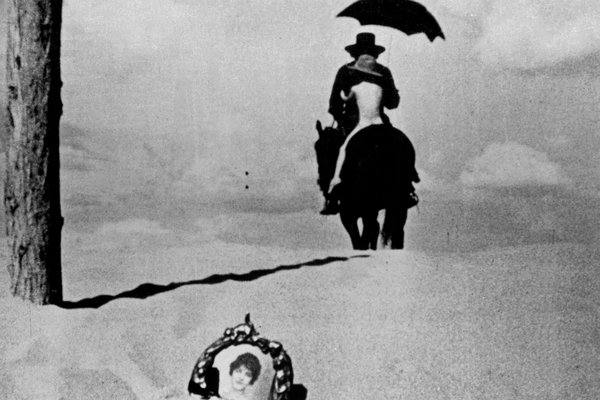 Mr. Barenholtz himself followed “El Topo” with lengthy midnight runs at the Elgin of John Waters’s gross-out classic “Pink Flamingos” (1972), and Perry Henzell’s “The Harder They Come” (1973), the story of an aspiring reggae singer played by Jimmy Cliff.

The cultish appeal of midnight movies expanded after Jim Sharman’s “The Rocky Horror Picture Show,” a camp spectacle that invites audience participation, opened at the Waverly in 1976. It soon became a national phenomenon.

What bound the midnight films was their originality.

“The movies were told in a way that was further out,” Mr. Barenholtz told The Times, “where you felt that if you showed it through the normal channels it would be impossible for it to get a normal audience.”

Ben Barenholtz was born Berl Bernholz on Oct. 5, 1935, into a Jewish family in Kovel, Poland, and grew up in the village of Kupichev, which is now part of Ukraine. His father, Aaron, was a timber merchant; his mother, Paula, was a homemaker. Their lives, and that of Berl’s older brother, Rubin, were roiled by the occupations of the Soviets in 1939 and the Germans in 1941.

As the Nazis, with help from Ukrainian nationalists, began to murder the local Jews in 1942, the Bernholzes fled their ghetto for the safety of a Polish farm family sheltering other Jews in a barn. For more than two years, the Bernholzes found safety at the farm and in various forest hide-outs. But on March 15, 1943, Aaron Bernholz was killed by a Ukrainian nationalist as Berl sat next to him.

“My father’s last word to me was ‘Run,’ ” Mr. Barenholtz said in various accounts of his childhood.

He survived, lived in a refugee camp in Austria, and immigrated with his mother to New York in 1947. His brother, who is his only survivor, left for Palestine.

Mr. Barenholtz settled with his mother in Brooklyn and attended school for several years, but by age 15 he was spending a lot of time in bars and movie theaters. He served two years in the Army before entering the movie business around 1958 as assistant manager at the RKO Bushwick theater in Brooklyn. He left after about a year.

By now living in Greenwich Village, he led a knockabout existence as a house painter, bartender, carpenter and postal worker, and hung out with artists like Willem de Kooning and Franz Kline at the Cedar Tavern on University Place. In 1966 he became manager of the Village Theater, a revival house that showed classic, underground and cult films. (It later became the Fillmore East.)

Mr. Barenholtz moved on to the Elgin in 1968. While there he began distributing films, and he continued doing so after leaving in 1975. Among the films he distributed were Claude Chabrol’s “Just Before Nightfall,” Barbet Schroeder’s “Maîtresse” and Jean-Charles Tacchella’s “Cousin Cousine.”

In 1977, while running the company Libra Films, Mr. Barenholtz screened “Eraserhead,” David Lynch’s first feature; halfway through watching, he agreed to distribute it. Until a print of the film that satisfied Mr. Lynch was delivered, he stayed at Mr. Barenholtz’s apartment in Manhattan for two months.

“He said, ‘David, I’m not going to put any money into this thing because I won’t have to,’ ” Mr. Lynch recalled by phone. “ ‘I’ll open it up at the Cinema Village, and within two months there’s going to be lines around the block.’ And that’s what happened.”

“Eraserhead” ran at midnight at the Cinema Village on Friday and Saturday nights for a year, and then for nearly two years, also at midnight, at the Waverly.

“It paid my rent for 10 years,” Mr. Barenholtz told the podcast “Movie Geeks United!” in an interview in 2007.

A memorial to those who lost their lives in 2019

Mr. Barenholtz was also a distributor of “The Return of the Secaucus Seven” (1979), the director John Sayles’s first feature.

A few years later, he was approached by the producing and directing team Joel and Ethan Coen about producing “Blood Simple” (1985), their debut feature. After the Coens raised the financing, he agreed to distribute it. He subsequently became the executive producer of the Coens’ next two films, “Miller’s Crossing” (1990) and “Barton Fink” (1991).

“Our first two deals with Ben set an example and standard for integrity that we haven’t seen matched since,” Ethan Coen said at a tribute to Mr. Barenholtz at the 2010 Hamptons International Film Festival on Long Island.

Mr. Barenholtz was also a producer or executive producer of several other films, including Ulu Grosbard’s “Georgia” (1995) and Darren Aronofsky’s “Requiem for a Dream” (2000), before he turned to directing. He made a documentary, “Wakaliwood” (2012), about a filmmaker in Uganda, and a self-financed feature, “Alina” (2017), about a Russian woman who leaves Moscow to search for her father in New York City.

“I’ll never be Kubrick,” he told The Times. “But I wasn’t afraid either.”

“It was going to be called ‘Aaron’ and it was about his father,” he said. “It was about Ben’s life during that time, his father’s death and the people who saved him.”