Steve Carell had no experience with addiction before playing a father fighting for his son’s recovery in the drama, Beautiful Boy. "I wasn’t much of a drinker or drug user growing up and my kids are not at that age," the 56-year-old actor and father of two teenagers says.

"But I remember when my son was 12, we were on the way home from school and they’d obviously been talking about it in class so out of the blue, he suddenly asks me, 'Dad, is marijuana a gateway drug?' I thought, 'man, this is a really important conversation we’re about to have'." 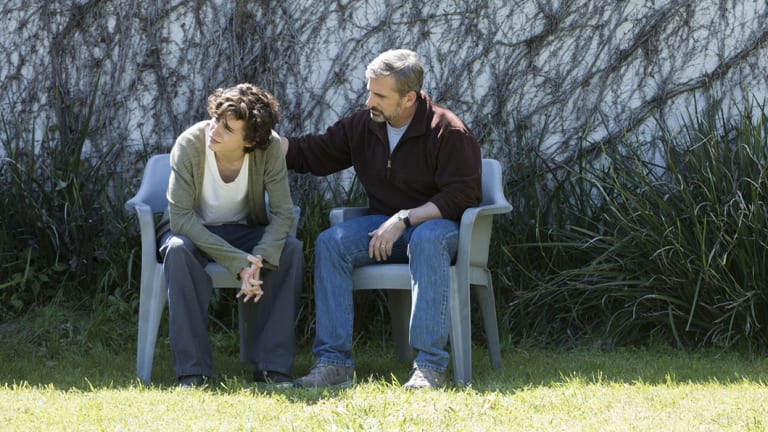 Beautiful Boy is based on two best-selling memoirs from a father and a son on each side of an addiction destroying a family. Journalist David Sheff wrote the memoir Beautiful Boy and his son Nic wrote Tweak: Growing Up on Methamphetamines. The story follows Nic (Timothee Chalamet) who is 18, a good student and a talented artist about to enter college. However, hidden from his parents, Nic has been experimenting with drugs since he was 12. Now he’s tried methamphetamine for the first time and as he writes in his memoir, "the world went from black and white to Technicolor". When his habit becomes a full-blown dependency that leads to chaos and multiple rehab stints, his father David (Carell) desperately searches for a way to save him.

Chalamet, 22, prepared for his role by going straight to You Tube. "I was on it all the time, watching people in the throes of these specific addictions and what those physical effects would look like," he explains. "But more importantly, I am a son in real life to my mom and dad and I have a great relationship with my parents so I was thinking from the perspective of what it’s like to be a son just as I’m sure Steve Carell was thinking about his kids and what that experience would be like on his side."

Carell agrees, saying it was easy to put himself in those shoes. "It's a terrifying prospect for any parent to go through anything even remotely compared to this," he says. "As soon as you have kids, you start worrying about them, and you never stop. I think everyone can imagine the heartbreak and the sadness and the anxiety that goes along with something like this."

The two memoirs were adapted into a screenplay by Australian writer Luke Davies, who was nominated for an Oscar for the Australian film, Lion. Davies had also written his own memoir about overcoming his heroin addiction titled Candy, which became a 2006 film starring Heath Ledger. Carell says this film is unique because it tells the story from both perspectives. "I think a big part of the tragedy of this story is that this father saw his son spiraling out of control and he came to a point where he realised there was literally nothing he could do besides still be a dad."

Sitting side by side in a Hollywood hotel, Carell and Chalamet could easily be mistaken for father and son. Chalamet, who earned his first Oscar nomination last year in Call Me By Your Name, still seems giddy as he talks about working with the bespectacled two-time Oscar nominee (Foxcatcher, The Big Short). "The great gift of working with someone you admire is that you are never in your head because you always want to be watching and learning from them,"  Chalamet  says. 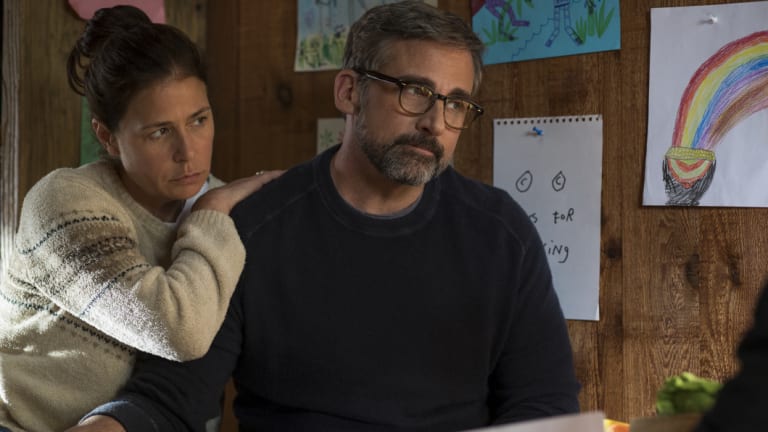 Carell says that during filming he "would look at Timothee in some of the most devastating scenes and easily envision my son lying there, so it’s an easy leap to make. He’s also an easy person to imagine being your kid. I have two great kids already but now I feel like I’ve got a third surrogate!"

Carell has used his distinct style of deadpan humour to build a career in film and television, including the US adaptation of The Office and films including The 40-Year-Old Virgin, Anchorman, Evan Almighty, Get Smart, Little Miss Sunshine and Date Night. He pauses when asked if he thinks his new role is a departure from his comedy roots. "But I haven't done a comedy in about six years, not a real comedy," he says. "And I’m not trying to mix it up and I don’t have any roadmap, career-wise. I’m just trying to do things that are good."

Chalamet was born and raised in New York and grew up in a showbusiness family, with a mother who was an actor, an uncle who was a director and a grandfather who was a screenwriter. As well as breaking through with Call Me By Your Name, he also featured in the 2017 films Hostiles and Ladybird and is determined to remain grounded.

"I think it’s important to always try to keep a childlike attitude towards acting," he says. "I know that even though I am 22, I really want to keep developing as a human and they do say the male brain develops until you are 25 years old, so I want to give myself room for that!"