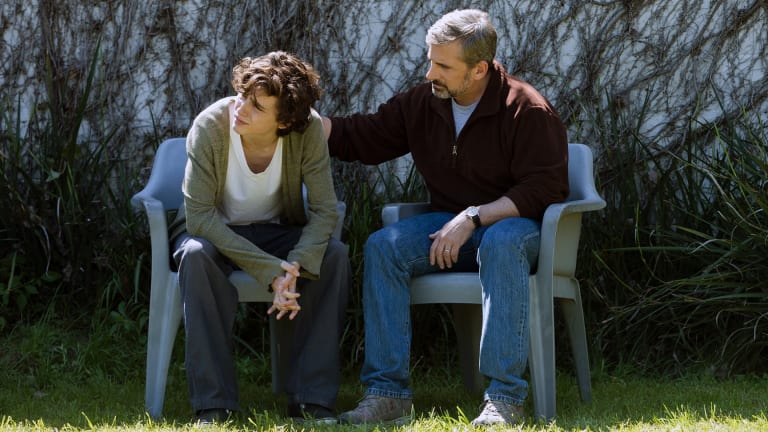 Addiction is a subject that can be explored either from the inside or the outside ― from the perspective of the addict, or that of a responsible, concerned outsider. Unusually, both perspectives are present in Beautiful Boy, the English-language debut of Belgian director Felix Van Groeningen​, best-known for the tearjerking 2012 bluegrass romance The Broken Circle Breakdown. 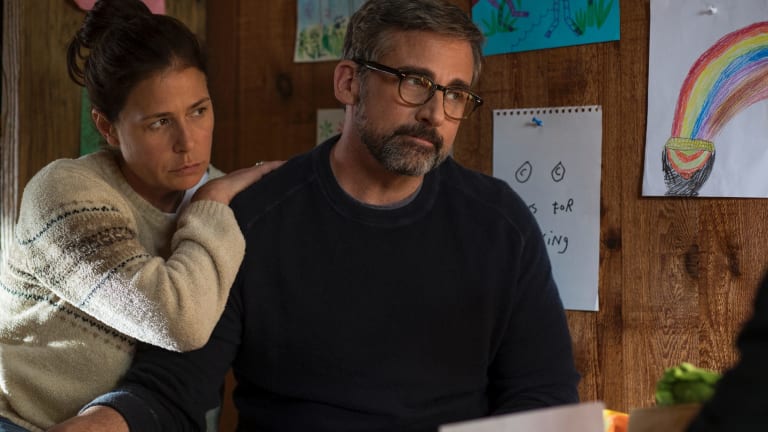 Beautiful Boy is inspired by American journalist David Sheff's unappealingly titled book Beautiful Boy: A Father's Journey Through His Son's Addiction, and also by Tweak: Growing Up on Methamphetamines, published concurrently by Nic Sheff, the son in question.

Set between the 1990s and the early 2000s, the film is essentially a male weepie, focused on the rocky relationship between father and son. David (Steve Carell​) can do little more than watch in horror as his beloved, gifted Nic (Timothee Chalamet​) goes off the rails in his late teens, using not only amphetamines but every other drug he can lay his hands on.

The film was co-written by Australian author Luke Davies, who presumably got the gig on the basis of his 1997 novel Candy, a semi-autobiographical account of heroin addiction that became a 2006 vehicle for Heath Ledger. Echoes of both versions of Candy can be felt in the sections of Beautiful Boy that follow Nick's adventures in and out of rehab, underlining the point that drug addiction involves excitement and euphoria as well as pain.

But most of the action is shown through David's eyes, with the glamour of the sordid replaced by a respectable kind of gloss. The Sheffs' rustic Bay Area home, where many key scenes take place, indicates financial resources far beyond those of the average freelance writer.

Similarly, Beautiful Boy registers as considerably more upmarket than an issue-based telemovie on the same subject. Van Groeningen's unfussy yet sophisticated style suggests a lesser Jean-Marc Vallee (The Dallas Buyers Club) in its disorienting lyrical interludes and use of natural light.

As in Vallee's films, the embrace of "raw" emotion feels corny and knowing: the soundtrack ranges from Nirvana to Perry Como, tapping into memories most viewers will have in common, while implying that only a true connoisseur would dare be so obvious.

Many viewers will no doubt be drawn to the film by the involvement of the slender, mischievous Chalamet, who emerged as a star in last year's Call Me By Your Name and seems to meet the present demand for an American dreamboat without a hint of American crassness.

Chalamet certainly has talent, though in Beautiful Boy it sometimes looks like the kind of talent you'd expect from the most gifted kid in drama school: he weeps, frolics, explodes with anger, flashes a grin impossibly wide for his face, and generally behaves with all the show-off volatility the role requires.

On the whole, he's more effective than Carell, whose trademark sweetness is great for making obnoxious characters likeable, but often cloying in more straightforwardly sympathetic parts. The sight of David stoically holding back emotion can be hard to take, especially in flashbacks where he assures a younger Nic of his unconditional love.

While we see David flying off the handle on occasion, we don't get much sense of why his first marriage ended, or how Nic might have been affected by tensions within the family. As far as we can judge, his biggest flaw is that he forgives too easily: the film steers him toward the realisation that the only way to help Nic is by setting boundaries and hoping for the best.

In some respects the frank sentimentality of Beautiful Boy can be viewed as a strength, a counter to the macho values that still prevail in so much mainstream American cinema. David is not the usual kind of father found in Hollywood movies, any more than Nic is the usual kind of son.

It's reasonable, too, that Van Groeningen never purports to explain what sent Nic down his particular path: are explanations even possible? All the same, the film suffers from a certain superficiality, as if determined not to tell us more than the real-life David and Nic might have learnt. On a human level, this choice may be admirable, but it doesn't always lead to compelling drama.