Breaking News
Who is Paul Merton? Have I Got News For You star’s age, wife and career – The Sun
Meghan Markle’s Facialist in the U.K. Recalls 'Fond Memories' with the 'Down-to-Earth' Couple
CNN’s Brooke Baldwin tests positive for coronavirus
What time is Gogglebox on Channel 4 tonight and how much are the stars paid?
Skip to content

Avengers: Endgame has been heralded as a cinematic feat. Wrapping up ten years of storytelling was not easy, and the film boasted an enormous cast. With twenty-one films’ worth of characters to include, there were always going to be some who were shortchanged on screen time. Warning: spoilers ahead, sort of.

Why Captain Marvel and Okoye were barely in Endgame?

One question the writers addressed had to do with two fan favourites who did not receive much screen time.

Dave Itzkoff asked: “Once you’d seen how successful Black Panther and Captain Marvel were, did you try to find more opportunities for the characters from those films?”

McFeely replied: “There wasn’t a lot of time to adjust. It’s not like we could say, ‘Hurry, put Shuri in there.’ 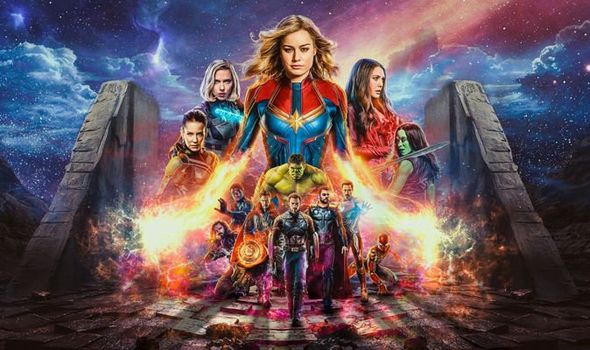 He added: “When we’re doing the tests [before Black Panther opened], and Cap goes, ‘I know somewhere’, and then you cut to Wakanda, the audience goes, ‘Oh, that’s interesting.’

“But when you do those tests after the movie comes out, all you have to do is [makes drumming noises] and people freak out.

“Same issue with Captain Marvel. We shot [Brie Larson] before she shot her movie.

AVENGERS ENDGAME: WILL THIS CHARACTER GET THEIR OWN SOLO MOVIE?

“She’s saying lines for a character 20 years after her origin story, which no one’s written yet. It’s just nuts.”

As for Captain Marvel’s role in Endgame, McFeely said: “Certainly, Captain Marvel is in [Endgame] a little less than you would have thought.

“But that’s not the story we’re trying to tell — it’s the original Avengers dealing with loss and coming to a conclusion, and she’s the new, fresh blood.”

The explanation may be too little too late for some fans.

AVENGERS: ENDGAME: HOW CAN THIS CHARACTER BE ALIVE AFTER PLOT TWIST 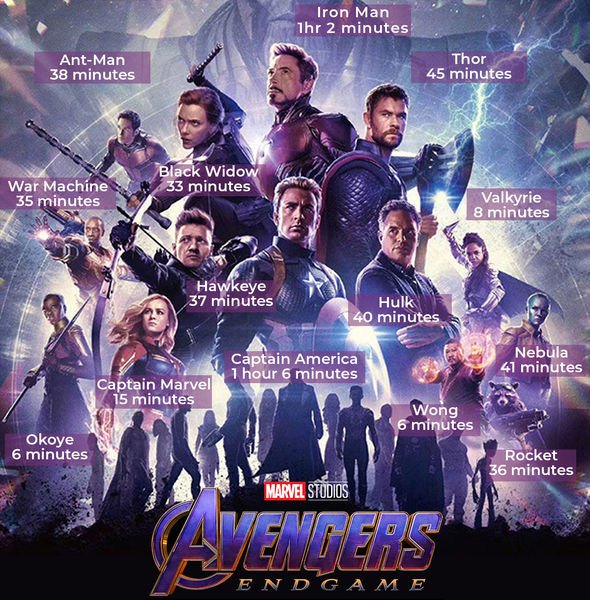 A breakdown of screentime has revealed the Wakandan general, played by Danai Gurira, only had six minutes.

Gurira already faced a slight from Marvel when her name was not included amongst the other actors on a poster debut.

This was despite her character appearing on all the printed marketing material.

Fans were quick to point out the omission to Marvel, who rectified the problem. 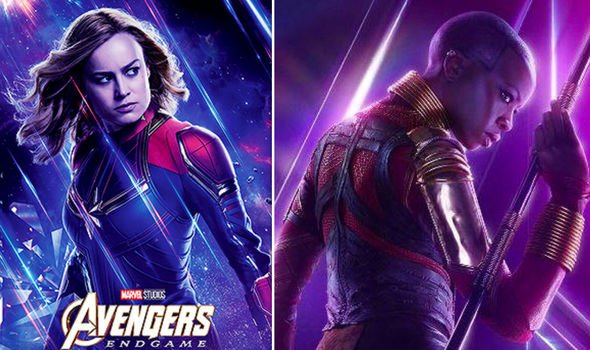 Then, the blatant omission cropped up again when fans noticed Okoye was absent from the trailers and teasers.

Many took especial issue with the omission of Okoye from the film due to the developing character arc in the aftermath of Infinity War.

One fan posted their hopes to Twitter, writing: “I am ready for Okoye’s anger in Avengers: Endgame.

“Thanos stripped Wakanda of its safety, it’s King and it’s Princess and part of the population got dusted… I hope she gets to kick some ass.”

Unfortunately, Okoye didn’t get the chance to explore her character arc.

However, a Black Panther 2 movie is in the works, and Captain Marvel 2 is likely to come, too, which will hopefully give them the screen time they desrve.

It’s Hard Being Cut Off from Society? Welcome to My World