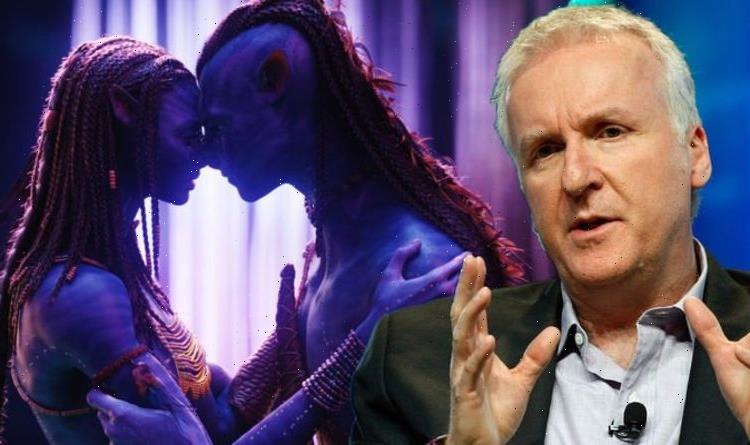 Although Avengers Endgame was a stunning success at the box office making over $2.7 billion, Avatar is still the film with the biggest box office to date, having made more than $2.8 billion. ​But the extraordinary success ​of the franchise ​could not have come at a better time for Worthington, who just six months prior was living in his car.

Worthington revealed that, almost a year before Avatar started production, he got a phone call to audition for a secretive new film.​ ​He revealed: “They wouldn’t tell me anything about the script or even who the director was. And I thought: ‘Well, here’s another waste of my time.’ Then, a week later, I got another phone call: ‘Look, Jim Cameron wants to fly you to LA to audition for him.’ And I said: ‘Yes, but for what?'”​ ​

After receiving another phone call from Cameron himself, Worthington was asked: “Are you ready to start the adventure?”​ ​His response was hilarious.

Worthington ​recalled: “I told Jim, yes, of course I’ll join him on the adventure – but first I’ve got to get the brakes fixed on my car.”​ ​

After the film had been released – and smashed the box office expectations – the actor opened up on how the Aliens director helped him out of a tight spot.​ ​He said: “I do admit that James has changed my life. I am extremely proud of being a part of his legendary film. Right now, I don’t think that I will repeat those days but nobody has witnessed the unseen. That’s why I am always ready for that also. The journey has just started; I have to go far away in my voyage and have seen a lot of ups and downs so far and I am ready for anything, anything that could happen – irrespective of good or bad.”​

​Cameron also helped Worthington out ​again ​by recommending him for another director’s movie. The actor said: “It’s not a matter of now or then. He has changed my life and I’ll always be grateful to him for giving me a larger than life role in Avatar. That’s not enough, he also recommended me to ​[director] ​McG for Salvation.”​ ​Despite ​now being worth more than $30 million, Worthington has noted how he would never be too good to go back to being homeless.

Worthington laughed: “I can still live in my car, and I am not at all trapped with stardom.”​ ​He has also since revealed he “preferred” living on the road. The 45-year-old explained he isn’t “very responsible when it comes to mortgages, bills, paperwork”.​

​The actor has since gone on to star in a number of big hits, including the aforementioned Terminator: Salvation, Clash of the Titans, Wrath of the Titans, Hacksaw Ridge, Everest and many more.​ ​But he would not have had such great success if Cameron didn’t give him a chance to star in Avatar.​ ​Luckily for Worthington, the director passed on some hugely popular Hollywood actors before he auditioned.

In 2019 Cameron revealed Channing Tatum and Captain America star Chris Evans auditioned for the role of Jake Sully – but he decided to go another direction.​ ​He said: “I really liked Channing’s appeal, I liked Chris’ appeal. They were both great, great guys. But Sam had a quality of voice and a quality of intensity. Everybody did about the same with all the material throughout the script except the final speech, where he stands and says: ‘This is our land, right now, go as fast as the wind will carry you.’ That whole thing, I would have followed him into battle and I wouldn’t have followed the other guys.”​ ​

One unlucky actor decided to turn down Cameron in the early stages of casting, however.

Matt Damon last year revealed how he, regretfully, turned the multi-million dollar franchise down.​ ​He told fans at a screening: “I was offered a little movie called Avatar. James Cameron offered me 10 percent of it. I will go down in history… you will never meet an actor who turned down more money.”

​Avatar is available to watch on Disney Plus now.

Avatar 3 does not yet have a release date.