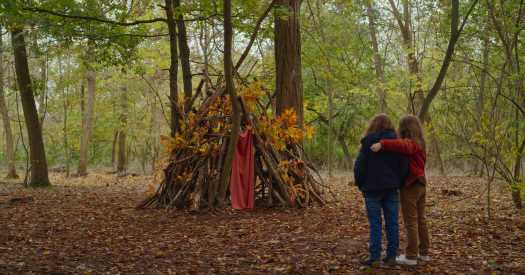 TELLURIDE, Colo. — Masks were mandatory in the screening rooms, as well as in the shuttle vans and gondola cars that ferry cinephiles around this gilded former mining town over the Labor Day weekend. If you had a badge, it meant you also had a vaccination and a negative Covid test. Attending the Telluride Film Festival has always meant waiting in a lot of lines, and there was a new queue this year, outside a tent at the edge of a park where you could get your nostrils swabbed.

In a way, the scene over the past four days felt doubly normal: normal for pandemic times and also normal for Telluride, which is also to say more than a little surreal. Amid spectacular mountain scenery in radiant late-summer weather, a few thousand people elect to shuffle into darkened rooms, emerging to share tips and compare notes before moving on to the next one. Some of these people are filmmakers, movie stars and industry players; some are journalists; the greatest number are civilians who like cinema and can afford the investment of time and money (almost $800 for a standard pass) required to get here.

“Movies are a distraction from reality,” says a character in Paolo Sorrentino’s “Hand of God,” a sprawling, funny-sad, autobiographical coming-of-age story. That’s a good thing. Reality is drab and painful — “lousy,” according to the film’s English subtitles — and movies provide a respite.

That’s hardly an unconventional view. Less expected, this edition of Telluride also feels like a welcome distraction from the realities of movie-world itself — meaning the anxiety and manic excitement about the dominance of streaming and the future of theaters that have the industry in a state of convulsion.

Here was a spectacle of normalcy that might turn out to be an illusion: a slate of ambitious, mostly well-made, non-franchise-driven films, some of which will surely figure in the looming Oscar race.

My strong hunch is that one of the bigger awards contenders will be “King Richard,” Reinaldo Marcus Green’s big-hearted celebration of Richard Williams, father of Venus and Serena. Very much an authorized biopic — several members of the Williams family are among the producers — it stars Will Smith in the title role as a driven, loving, extroverted patriarch relentlessly focused on his daughters’ success. While Green, Smith and the screenwriter, Zach Baylin, acknowledge some of Williams’s imperfections, their work absorbs and reflects his positive, practical, ferociously self-confident spirit.

The tennis sequences are crisp and exciting, and the ensemble surrounding Smith (notably Aunjanue Ellis as Richard’s wife during these years, Oracene, and Saniyya Sidney as Venus) is first rate. “King Richard” is the kind of mainstream, broadly accessible, intelligently wholesome entertainment that used to be a studio staple but now feels like a rarity.

Here in Telluride it took its place among a number of movies about parents and children, not all of them quite so sunny and affirmative. Hunting for themes at film festivals is a critic’s vice — you can’t watch a dozen or more movies in 72 hours and not notice patterns — but the mysteries and challenges of child-rearing were all but impossible to miss. Even “Cow,” Andrea Arnold’s austere and upsetting documentary about the life of a British dairy cow, is, in large part, a meditation on motherhood.

As is Céline Sciamma’s exquisite and strange “Petite Maman,” though to explain exactly how would be to spoil one of its delicate surprises. Sciamma, whose “Portrait of a Lady on Fire” was a Telluride standout in 2019 (the last time this festival took place), examines female intimacy from a different angle. Nelly and Marion (played by young twins named Joséphine and Gabrielle Sanz) are 8-year-old girls living in similar houses in the woods. They strike up a friendship tinged with elements of fairy-tale supernaturalism, magical realism and time travel. The twists packed into the film’s compact 72 minutes arrive gently and matter-of-factly. The intense emotions they leave behind — this is one of the quietest tear-jerkers I’ve ever seen — are at once familiar and wholly new.

That paradoxical sense of recognition and revelation is achieved in Mike Mills’s “C’mon C’mon,” with an American fourth-grader named Jesse (Woody Norman) at its center. His care preoccupies his mother, Viv (Gaby Hoffman), and her brother, Johnny (Joaquin Phoenix). The movie is about just how complicated that care can be — about the anxiety and exhaustion it entails, as well as the fun. Viv has known about the joy and difficulty of dealing with Jesse for a long time, while Johnny discovers it in the course of a few weeks he spends in loco parentis, bouncing with his nephew from Los Angeles to New York to New Orleans.

Leda Caruso, like Viv a professor of literature, experiences the anguish and occasional gratifications of parenthood in a more melodramatic key in “The Lost Daughter,” Maggie Gyllenhaal’s adaptation of an early novel by Elena Ferrante. Played in middle age by Olivia Colman and in flashbacks by Jessie Buckley, Leda is fascinated by an overwhelmed young mother (Dakota Johnson) she encounters on the beach during a trip to Greece. The movie, Gyllenhaal’s first feature as a director, is a psychological thriller built around the conflicting emotions of maternity, a condition shown to be at once utterly ordinary and absolutely impossible.

Motherhood may be what rescues Princess Diana in “Spencer,” in which Pablo Larraín (“Jackie”) turns three days in the life of the Princess of Wales (Kristen Stewart) into a claustrophobic horror movie. Part of the current pop-culture rediscovery of Lady Di, “Spencer” is less concerned with British politics than is “The Crown.” Larraín is more interested in the ordeal of Diana’s captivity and her ways of escaping it.

Sandringham House, the vast, isolated palace where “Spencer” unfolds, is a maze of corridors and connecting doors. Diana, rushing from room to room in search of comfort, solitude and distraction, might be an avatar of the festivalgoer. We’re not as desperate or lonely as she is, but there is something hungry and breathless in our dash from screening to screening, and a dizzying, hallucinatory quality to the myriad distractions we encounter.

Over the past four days, I careened from the whimsy of “The French Dispatch” — Wes Anderson’s latest, dispatched from Cannes and presented as a “sneak preview” outside of the official Telluride program — to the epic grandeur of Jane Campion’s “Power of the Dog,” a wide-screen western with its own barbed insights into the complexities of family relationships. I lingered in the East Texas sleaze of Sean Baker’s “Red Rocket,” the Felliniesque Naples of “The Hand of God” and the fanciful France of “Cyrano,” Joe Wright’s musical reinvention of the French romantic chestnut.

Full judgment of those films will await their arrival on more accessible screens, in homes or theaters, in the coming months. What I can say with confidence for now is this: Reality will continue to be lousy, but movies are still good.