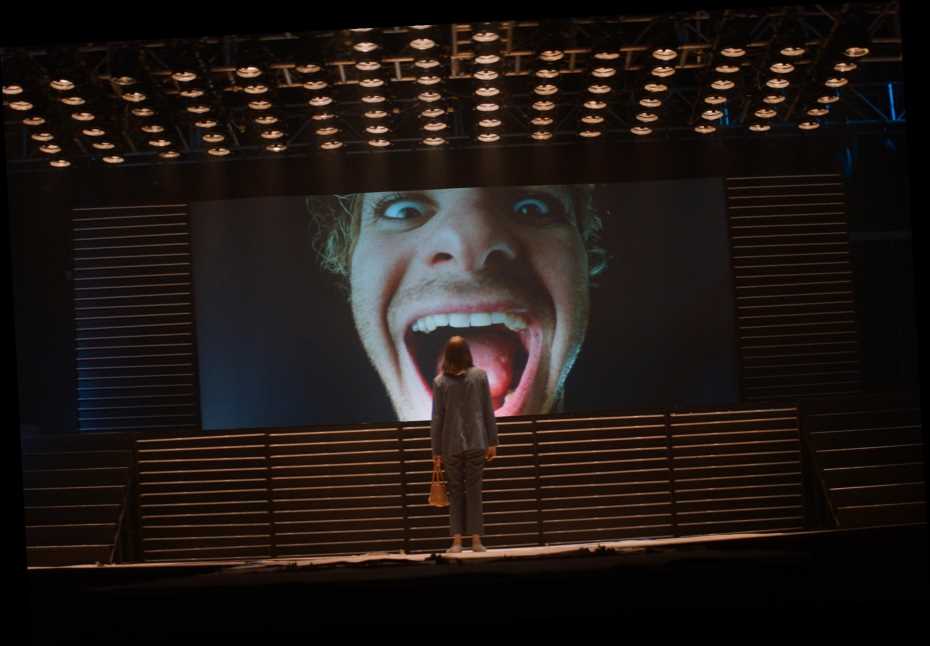 IFC Films has released the trailer for Mainstream, the second feature film from Gia Coppola (Palo Alto). The film had its world premiere at the 2020 Venice Film Festival and is scheduled for a theatrical release on May 7th.

Mainstream stars Maya Hawke as Frankie, a young woman who dreams of internet stardom when she meets Link (Andrew Garfield), a charismatic YouTube sensation. The two start to make videos on the platform together and quickly go viral, turning their internet channel into a mainstream televised gameshow. But pretty soon, the dark side of their newfound celebrity threatens to ruin them both.

The trailer gives a pretty good idea of the Jake Paul-esque debauchery to expect from Garfield’s character: streaking on Hollywood Boulevard, hosting a graveyard meetup on Halloween, and hoverboarding around giant mansions. Paul even appears as himself in a boardroom meeting with Frankie and Link’s gameshow executives.

Mainstream also stars Nat Wolff, Jason Schwartzman, Alexa Demie, Johnny Knoxville, and Colleen Camp. Several other YouTubers and influencers, including Juanpa Zurita and Casey Frey, have supporting roles; Charles Melton and Patrick Starr make cameo appearances as themselves. Along with directing Mainstream, Coppola penned the script for the film with Tom Stuart and is credited as a producer.