Just days after Star Wars creator George Lucas visited the set of the new TV show The Mandalorian, the production was rocked by an on-set theft of equipment and reportedly sensitive material.

But this isn’t the first production in the five decades of Star Wars franchise-building that has been hit with problems. By no means.

In fact, on the evidence you’ll see below, it would look like the space opera has a curse much bigger than that of Strictly.

Get ready to find out about the disasters that befell Star Wars during filming and what really happened behind-the-scenes. 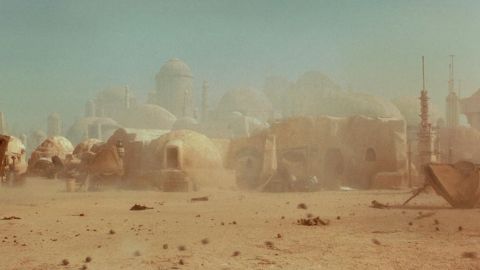 We really don’t have long enough to go into every problem that beset shooting the first outing in the franchise so we’ll give you the greatest hits, as it were.

Lucas began the shoot in Tunisia, which doubled for the alien location of Tatooine. Star Wars dramatically fell behind schedule almost immediately when the production was hit with a rare and rather huge Tunisian storm which wrecked the set and props.

Speaking of which, many of the droids and electronic equipment were plagued with malfunctions due to the climate and the fact that this endeavour was groundbreaking and experimental in many respects.

After more problems when filming in London’s Elstree Studios (Lucas didn’t see eye to eye with the English crew on a number of occasions), the American side didn’t help out either. After a year of preparation, there was no special effects footage ready for the film, leading to hectic and hard-working scramble to the finish line.

And, to top it off, when some pick-up shots were due to be filmed in January of 1977, just months before the film’s release, another setback hit the production. Mark Hamill was involved in a car crash and broke his nose, meaning that he wasn’t available for filming (they used a double in the end).

2. The Empire Strikes Back 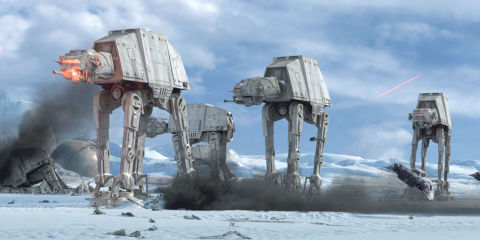 After the drama and death threats of his first film, Lucas stepped down as director, leaving that task to Irvin Kershner.

But this didn’t stop the problems.

Before filming began, screenwriter Leigh Brackett died from cancer shortly after delivering the first draft of the script based on Lucas’s storyline.

Scenes on the ice planet Hoth were shot in Norway during one of the worst winters seen there in many, many years. The production was plagued with whiteouts, blizzards, avalanches blocking access for cast and crew, and temperatures of minus 10.

Not only that, the cameras would freeze or fog over causing further delays. Director Kershner couldn’t even use a pen and paper to make notes whilst filming. 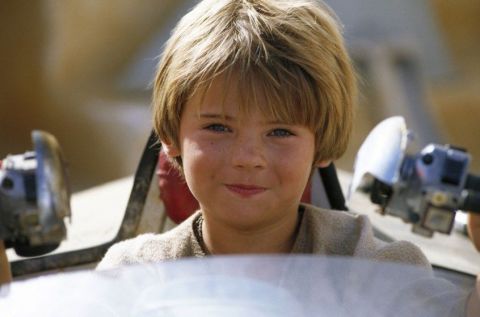 The prequels, oddly, didn’t really suffer from any real issues during their shoots. Their problems would come once the films were actually in cinemas (for some fans).

But the first episode did replicate Lucas’s Star Wars debut as another freak storm hit the production when filming in Tunisia.

The 1997 shoot saw scenery, which took months to build, destroyed in a matter of hours. 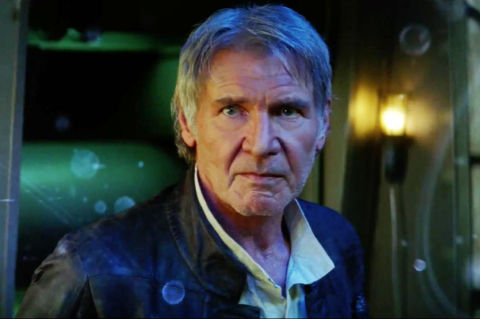 After a few early script issues before filming, the return of Star Wars was a breeze. That was, of course, until Harrison Ford was injured on set.

Back for one more round of scoundrelling, the Han Solo actor broke his leg when a hydraulic door in the Millennium Falcon came down and struck him. Later, Ford counted himself “lucky” to get out of that scrape with such relatively little damage.

Director JJ Abrams, who had been chatting to Ford when the accident occurred, was also hurt. He broke a bone in his spine trying to lift the door off his star.

Filming was halted for two weeks while the two recuperated.

5. Rogue One: A Star Wars Story

The first standalone Star Wars flick was subject to a number of dramatic reshoots and endless rumours about the state of the movie whilst filming.

One of the benefits of these last minute pick-ups was the inclusion of the film’s most memorable scene, Darth Vader going ballistic on the Rebels during the film’s denouement.

But Tony Gilroy, a writer who was brought in to work on it at the eleventh hour, described the film as being in “such terrible, terrible trouble” and a “mess” when he arrived on the project. Worked out fine in the end though, with our reviewer saying it was “better” than The Force Awakens. 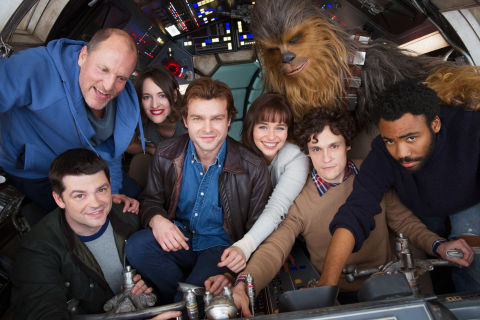 Where do you start with this, the movie that potentially killed the Star Wars spin-off movies?

Rumours had been widely circulating that something was amiss during the shoot for some time before the official announcement came that directors Phil Lord and Christopher Miller had consciously uncoupled from Disney.

Lucasfilm president Kathleen Kennedy said: “Phil Lord and Christopher Miller are talented film-makers who have assembled an incredible cast and crew, but it’s become clear that we had different creative visions on this film, and we’ve decided to part ways.”

She would later go on to explain that Lord and Miller’s penchant for improv and poor time-management may have been factors for their firing, stating: “I think these guys are hilarious, but they come from a background of animation and sketch comedy and when you are making these movies you can do that and there’s plenty of room for improvisation, we do that all the time, but it has to be inside of a highly-structured process or you can’t get the work done and you can’t move the armies of people to anticipate and have things ready. So, it literally came down to process. Just getting it done.”

At this point, the film had almost finished shooting leaving the production in deep Bantha doodoo but, thankfully, Ron Howard came on board and finished the job – though losing the House of Mouse $80 mill in the process. 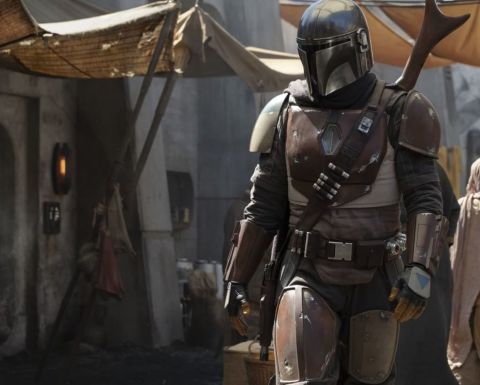 The new live-action TV show from Jon Favreau has just begun filming and already it’s been hit by the Star Wars curse.

Favreau revealed details of the show at the beginning of October but the super-secret production was rocked by a rather large on-set theft one night.

Camera equipment was stolen and it was also feared that “sensitive information”, the type that would interest Bothan spies, might be out there somewhere. US police are currently investigating the heist.

Finally, filming on next year’s release has been taking place for months now and, like The last Jedi, seems to be going by without any intergalactic hitches of note.

However, it should be remembered that even before the cameras started rolling, its lead actress, Carrie Fisher, had died (though unused footage of her will be used instead) and the original director, Colin Trevorrow, was removed less than a year before cameras started to roll on the final instalment of the Skywalker family saga.