Bon Appétit has not released a video on its beloved Test Kitchen channel since June 5, amid a reckoning of how the food brand treats and compensates its employees of color.

And once the video brand returns, it will look much different than what its six million YouTube subscribers were accustomed to.

Martinez, El-Waylly, Krishna, and Melian said in statements that Condé Nast's lack of commitment to diversity and inclusion led to their departure. Baz and Music said they will leave out of solidarity with their peers.

"The contract I received was nowhere near equitable, and actually would potentially allow for me to make even less than I do currently," Krishna said on Twitter.

Former and current employees of Bon Appétit told Business Insider in June that the company compensates employees of color differently than their white colleagues.

Condé Nast has repeatedly denied this. "We pay all our employees fairly, and in accordance with their role and experience," a representative for the publisher told Business Insider in August.

Here's who has left, why they're stepping back from the Test Kitchen, and who still remains: 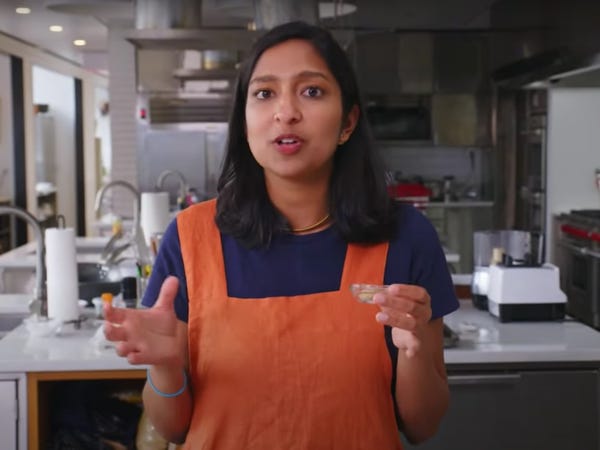 Krishna announced on August 6 that she would no longer appear in Test Kitchen videos. She will continue to write and develop recipes for the magazine.

Despite Condé Nast's pledge for increased diversity and an equal pay study, Krishna said the ultimate lack of action on these points convinced her to not sign a new contract.

"I was hopeful at the beginning and then that hope diminished with every week and every meeting and every email that I got," Krishna previously told Business Insider. "It was a lot of lofty promises for change and then seeing very little in action."

Krishna contributes to The New York Times, The New Yorker, and other food publications. She recently published the cookbook, Indian-ish: Recipes and Antics from a Modern American Family. 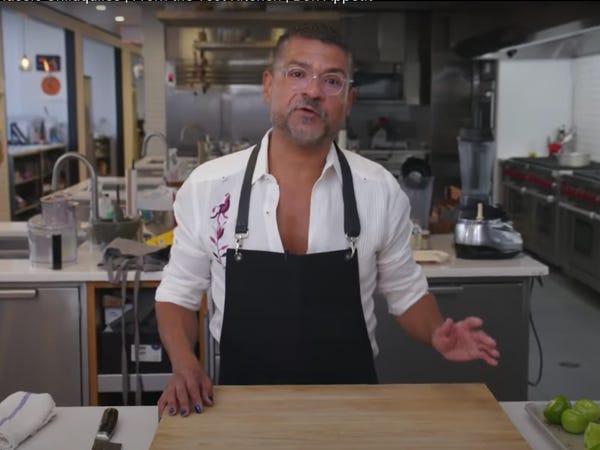 Martinez said on August 6 that he would no longer appear in Test Kitchen videos. Like Krishna, Martinez will continue to write and develop recipes for the magazine.

Martinez and Krishna said that the new contracts presented to them — which they said were identical — did not match the contracts that white talent members received. Their contracts, they said, promised a lower day rate and just 10 video appearances, much fewer than the 48 or even 60 appearances that some colleagues enjoyed.

"They had five weeks to do the right thing," Martinez told Business Insider. "None of us were asking for millions of dollars — we just wanted to be compensated fairly."

He added that Condé Nast Entertainment had "every opportunity to create a fair and equitable pay structure."

Martinez was previously a senior food editor at Bon Appétit. He also develops recipes for the Food Network and the New York Times. 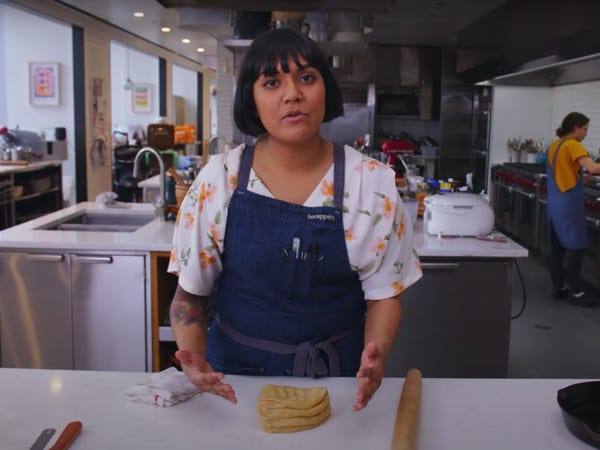 El-Waylly said on August 6 that she would no longer appear in Test Kitchen videos. She will stay in her role as assistant food editor for Bon Appétit's magazine and website.

"I think they're very risk-averse," El-Waylly previously told Business Insider. "I think that more people of color are going to be more visible in food media. That's more of a progressive thought, but Condé is a bit conservative and risk-averse. Maybe they'll do it in five years after someone else makes it cool."

El-Waylly received a new version of her contract on June 8, she told Business Insider. It offered a $20,000 raise; El-Waylly previously said she was "insulted and appalled" at that offer, as other stars were said to earn much more over time in per-episode fees.

On June 19, she told Condé Nast Entertainment that she would not host or appear in any more videos.

El-Waylly, a graduate of the French Culinary Institute, previously worked in upscale New York restaurants like Atera and Del Posto, and co-owned Hail Mary, a Brooklyn restaurant serving high-end diner food, according to GQ. She is a former culinary editor at Serious Eats. 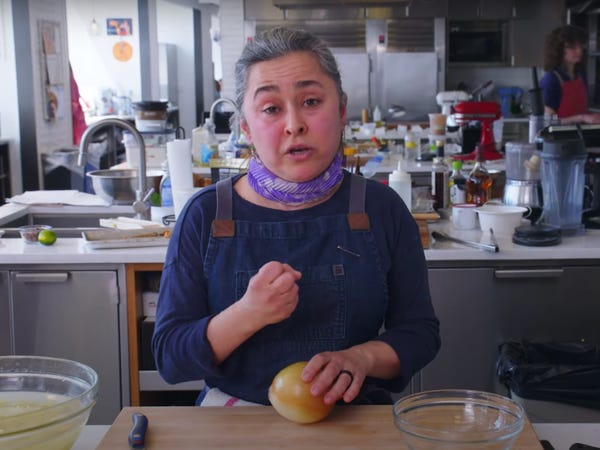 Gaby Melian said in an Instagram post on August 8 that she will no longer make appearances in Bon Appétit videos. She will continue in her role as the test kitchen's manager.

"After weeks of negotiations, Condé Nast Entertainment is not meeting my expectations to have a more diverse and inclusive video program," Melian wrote in her Instagram post. "For that reason I will not be signing a contract with them to appear in videos." 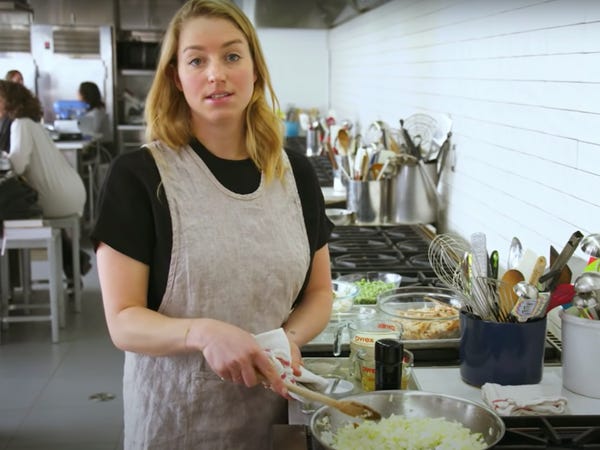 Baz, a senior food editor at Bon Appétit, said on her social media channels on August 7 that she would no longer appear in the food magazine's videos. According to her statement, she will continue working at the magazine.

"I wish I had more to share with you after months of silence, as I know you have all been waiting for change along with me," she wrote in a statement shared on Twitter. "Sadly, I do not. It is for this reason that I've asked CNE to release me from the video obligations of my contract. I will no longer appear on the BA YouTube Channel."

Baz joined Condé Nast in 2015 as a recipe tester for Epicurious, a Bon Appétit sister brand, according to her LinkedIn. She previously was a line cook at several New York City restaurants, like Allswell and Glasserie, and co-owned a catering company, Rustic Supper. 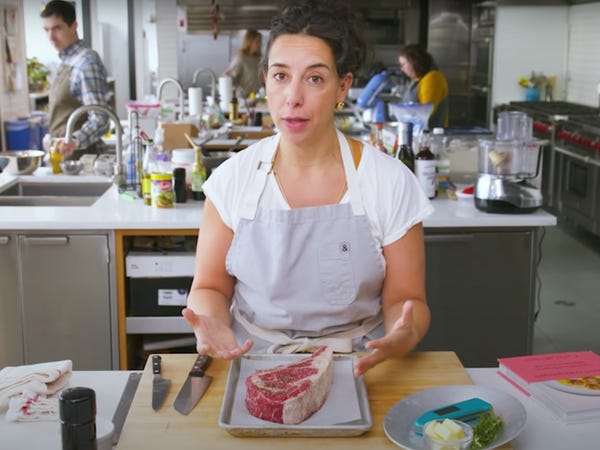 Lalli Music shared on her social channels on August 12 that she will no longer appear in Bon Appétit videos, though she hopes to continue to fulfill her editor-at-large position. She was the host of Back-to-Back Chef, a Bon Appétit show.

"I love making cooking videos and hope I find the right opportunity to do lots more of that in the future," she told Insider's Palmer Haasch. "In the meantime, I'll be sharing plenty of homegrown video content on my personal channels."

A graduate of the French Culinary Institute, Music joined Bon Appétit in 2011, accordng to her LinkedIn. She was previously the brand's food director and its features editor. She is also a former deputy editor at Martha Stewart Living, and an instructor at the Institute for Culinary Education. 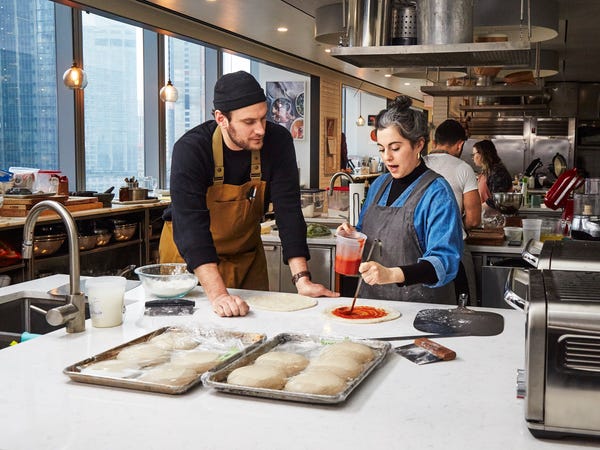 Of the 13 stars who regularly appeared in Test Kitchen videos, seven are still there:

Superhero Bits: First Look at Red Hood in 'Titans', 'Blade' Could Have Been a TV Show Again & More