Reboots and remakes are a well-established landmark on the Hollywood landscape now, yet still always seem to cause a stir.

The unlooked-for Ben-Hur revival tanked to much comment, while the female-led Ghostbusters attracted all of the controversy for just daring to exist (despite being quite good, although that’s not the point).

But there are others. Others you might not know about. Others you’ll wish you didn’t know about. Here’s a list of remakes currently in the works that may have slipped under your radar. 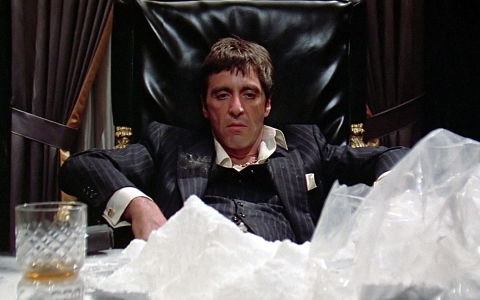 David Ayer was attached to this re-do of Brian DePalma’s crime thriller about an immigrant who rises to the top of the US crime world, following the exit of Antoine Fuqua. However, in a directorial merry-go-round, Ayer then left the project in July 2017 and now Fuqua is back on board.

Rogue One‘s Diego Luna was reported to be stepping into Al Pacino’s shoes to try and replicate his infamously OTT turn, but it’s not clear if he’s still attached as Fuqua has spoken about wanting Denzel Washington in the lead. 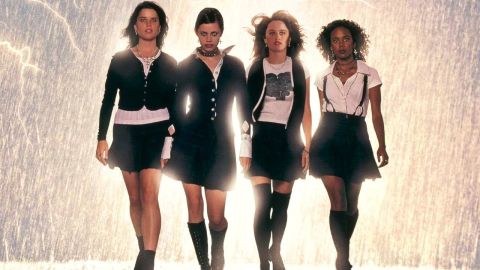 This one is not strictly speaking a remake, at least according to producer Douglas Wick – it’s more of a ’20 years later’ spiritual sequel to the supernatural teen movie about a group of outsiders who harness witchy powers and take it a bit far.

Leigh Janiak, who made decent horror Honeymoon, will direct and co-write, and the film is being written by newcomer Daniel Casey. No news whether any of the original cast members will return, but neither Rachel True nor Fairuza Balk seem desperately keen on the idea of remaking it at all.

3. An American Werewolf In London 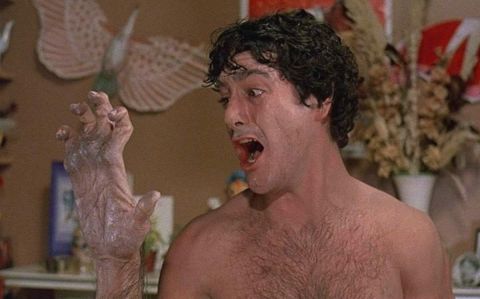 The bar has been set exceedingly low after dreadful ’90s sequel An American Werewolf in Paris, but we still can’t help but be utterly uninterested in Max Landis playing around in his dad John’s sandpit.

Still, it has been a while since we had a decent werewolf movie, so we’ll keep our fingers crossed just in case. 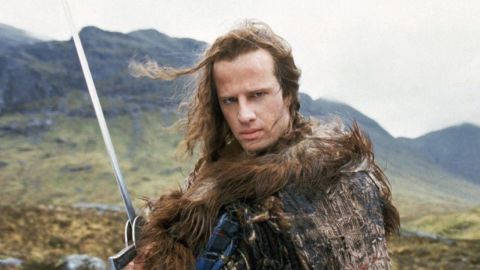 While we may have been pretty scathing about most of these reboots, the decision to hire John Wick series director Chad Stahelski to refresh this brilliantly bonkers tale of immortals and beheadings is nothing short of genius.

The franchise has been left in such a terrible state that anything would be better at this point anyway. How’s that for a low bar, Chad? It’s apparently set to start shooting this year with a 2019 release in mind, but given we haven’t heard anything for a while, don’t get your hopes up. 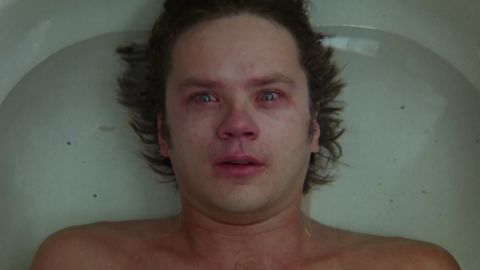 The creator of many of our teenage nightmares – and that was just the TV advert. The original was an incredibly creepy story of Vietnam veteran Tim Robbins suffering some extremely disturbing hallucinations and PTSD after returning from the war.

It’s been kicking around for a while, but it seems like the remake of John Carpenter’s dystopian classic is on the move after Luther creator and writer Neil Cross confirmed that a script had been finished in December 2017.

He seems like a smart choice – if they can throw in Idris Elba as Snake Plissken, the convict parachuted into a maximum-security Manhattan to save a crash-landed president, then they’ve got a guaranteed hit on their hands. Cross also confirmed that Robert Rodriguez was going to direct, which also makes a lot of sense, but we’ve heard nothing else since. 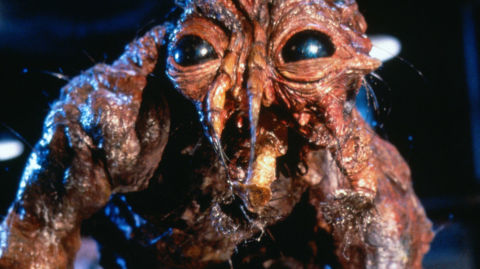 According to Deadline last year, JD Dillard (Sleight) was in talks to direct a remake of The Fly for 20th Century Fox. As well as directing, Dillard will pen the screenplay with his writing partner Alex Theurer.

The Fly was originally made into a film in 1958 by Kurt Neumann and starred Vincent Price, David Hedison and Patricia Owens, but the more famous version is the thoroughly icky 1986 one with Jeff Goldblum. Whether this will go full-on ‘penis in the bathroom cabinet’ remains to be seen. 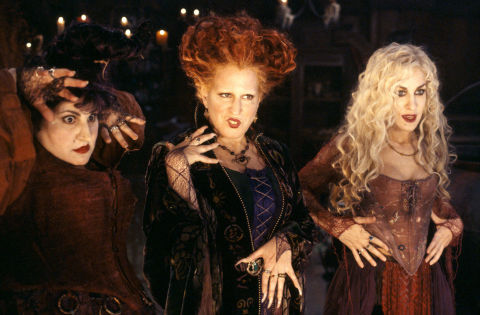 Originally, we got all enthusiastic about the prospect of Hocus Pocus 2 finally happening, before it was confirmed in September 2017 that it would be a TV remake, written by The Royals‘ Scarlett Lacey, without any of the original cast.

Fans aren’t happy and neither is Bette Midler. “I know it’s cheap. It’s going to be cheap,” she noted, adding that it’s a firm “no, no, no” that she would reprise her role in the movie. Her co-star Doug Jones isn’t happy about it either. 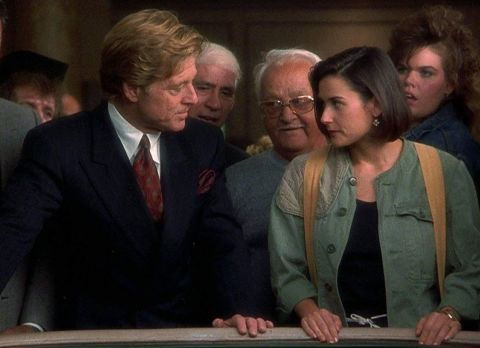 Steamy 1993 drama Indecent Proposal starred Robert Redford as a billionaire who offers married couple David (Woody Harrelson) and Diana (Demi Moore) one million dollars if he can spend a night with Diana.

Doesn’t sound like the kind of movie that would work in the modern era and the #MeToo movement, but that hasn’t stopped Paramount Players from hiring The Girl on the Train writer Erin Cressida Wilson to write a new version. 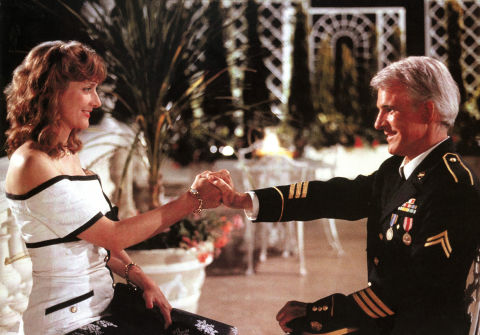 1988 comedy Dirty Rotten Scoundrels starred Steve Martin and Michael Caine as two con men competing to con an American heiress out of $50,000, with the remake going to Ghostbusters route and gender-swapping the roles.

Directed by The Thick of It and Veep‘s Chris Addison, The Hustle – originally titled Nasty Women – will see Anne Hathaway and Rebel Wilson play two female scam artists who compete to swindle a naive tech prodigy out of his fortune. It hits cinemas in May 2019, after being delayed from June 2018. 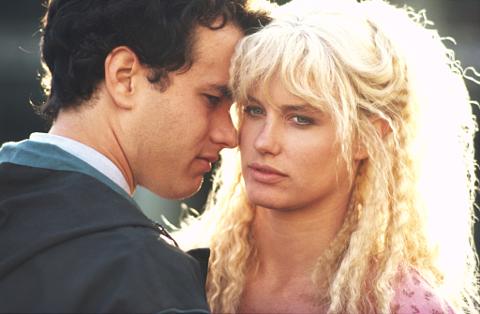 Talking of gender-swapped remakes, it was announced in August 2016 that Channing Tatum would be playing a merman in a new version of Splash, the 1984 romantic comedy that starred Tom Hanks as a mortal man who fell in love with Daryl Hannah’s mermaid.

Tatum’s 22 Jump Street co-star Jillian Bell was set to be his co-lead, but since then, we’re barely heard a splash (sorry) about it. Earlier this year, writer Marja-Lewis Ryan did at least confirm to AV Club that it was still a thing, though.

12. I Know What You Did Last Summer 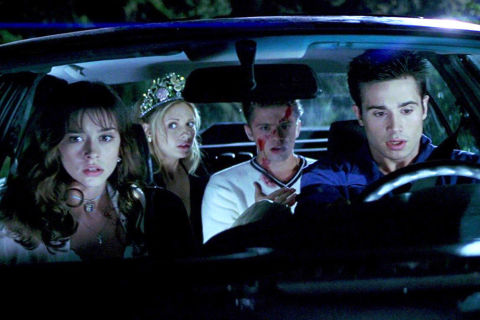 Back in 2014, it was reported that Oculus and Gerald’s Game director Mike Flanagan was co-writing the script for a remake of 1997 teen slasher I Know What You Did Last Summer with Jeff Howard.

Original producer Neal Moritz was also said to be on board and while there hasn’t been much movement, Jim Gillespie – who directed the original movie – told Digital Spy that it talks were ongoing about a remake. “Neal and I still talk back and forth, and Neal’s producing it. It feels like it’s gone on the back-burner a bit,” he explained.