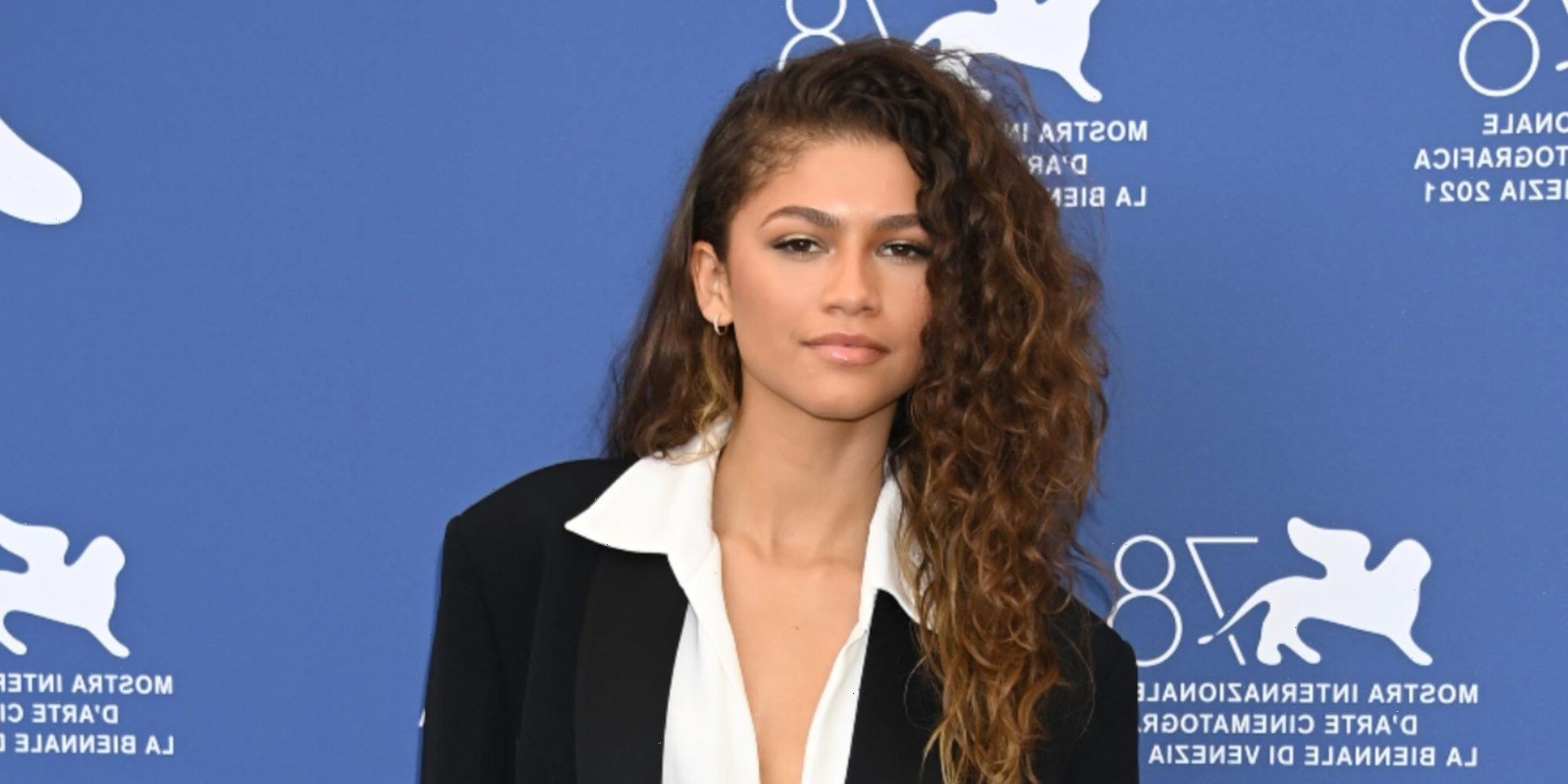 Never one to play it safe on the red carpet, Zendaya caught our attention once again — this time, with a sexy take on tuxedo dressing.

On Friday, The Greatest Showman actress arrived at the Venice Film Festival premiere of her new film Dune clad in a white plunging shirtdress with a pink satin tie that looped at the midsection and draped all the way down to the floor. Zendaya paired the dress, which featured a hip-high slit, with an oversized black blazer and coordinating Christian Louboutin pumps. She kept her accessories to a minimum — save for simple silver hoops — and wore her hair natural, showing off her curls with a deep side part.

Zendaya was joined at the premiere by co-stars Rebecca Ferguson, Timothée Chalamet (her onscreen love interest), Josh Brolin, and Oscar Isaac. The sci-fi action movie, directed by Denis Villeneuve, is based off Frank Herbert's 1965 novel about an uninhabitable planet. The film will be released in theaters and on HBO Max on Oct. 22.

It's shaping up to be a big week for Zendaya, who celebrated her 25th birthday on Wednesday and went Instagram official with her boyfriend and Spider-Man costar Tom Holland. The actor posted the sweetest birthday tribute to his girlfriend asking her to call him when she was up, assuming she was already in Venice or on her way there.