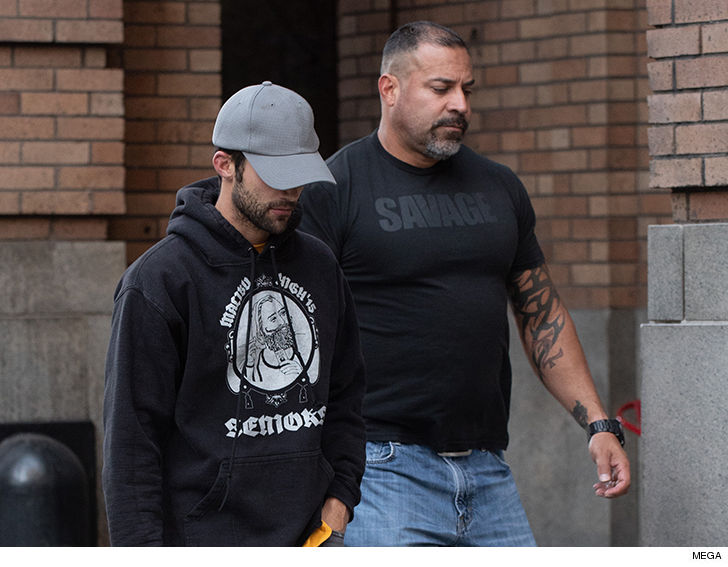 “The Young and the Restless” star Max Ehrich ﻿is doing everything he can to protect himself after allegedly getting a gun pulled on him by an obsessed realtor … ’cause he’s exploring legal options and beefing up his security.

Max was spotted Friday afternoon leaving a Los Angeles law office with a massive body guard in tow … the first time Ehrich has been seen in public since going into hiding.

We broke the story … Max is scared to death because a prominent real estate agent allegedly became obsessed with the actor and pulled a gun on him in a fit of rage.

Police are now involved in the case … and it looks like Max isn’t taking any chances.