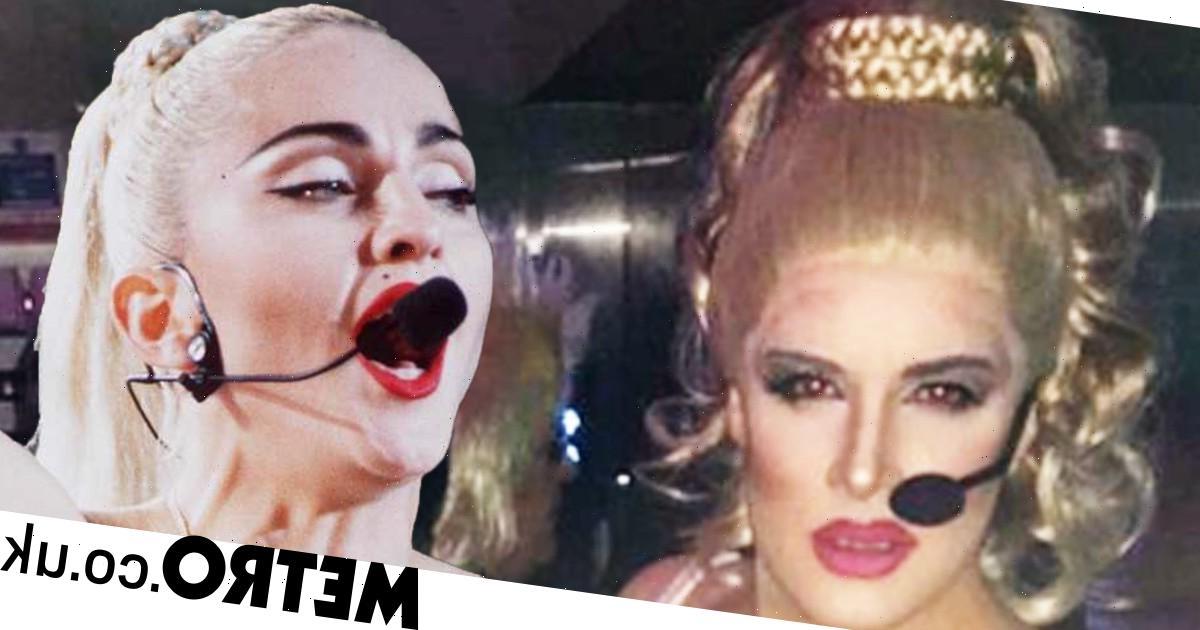 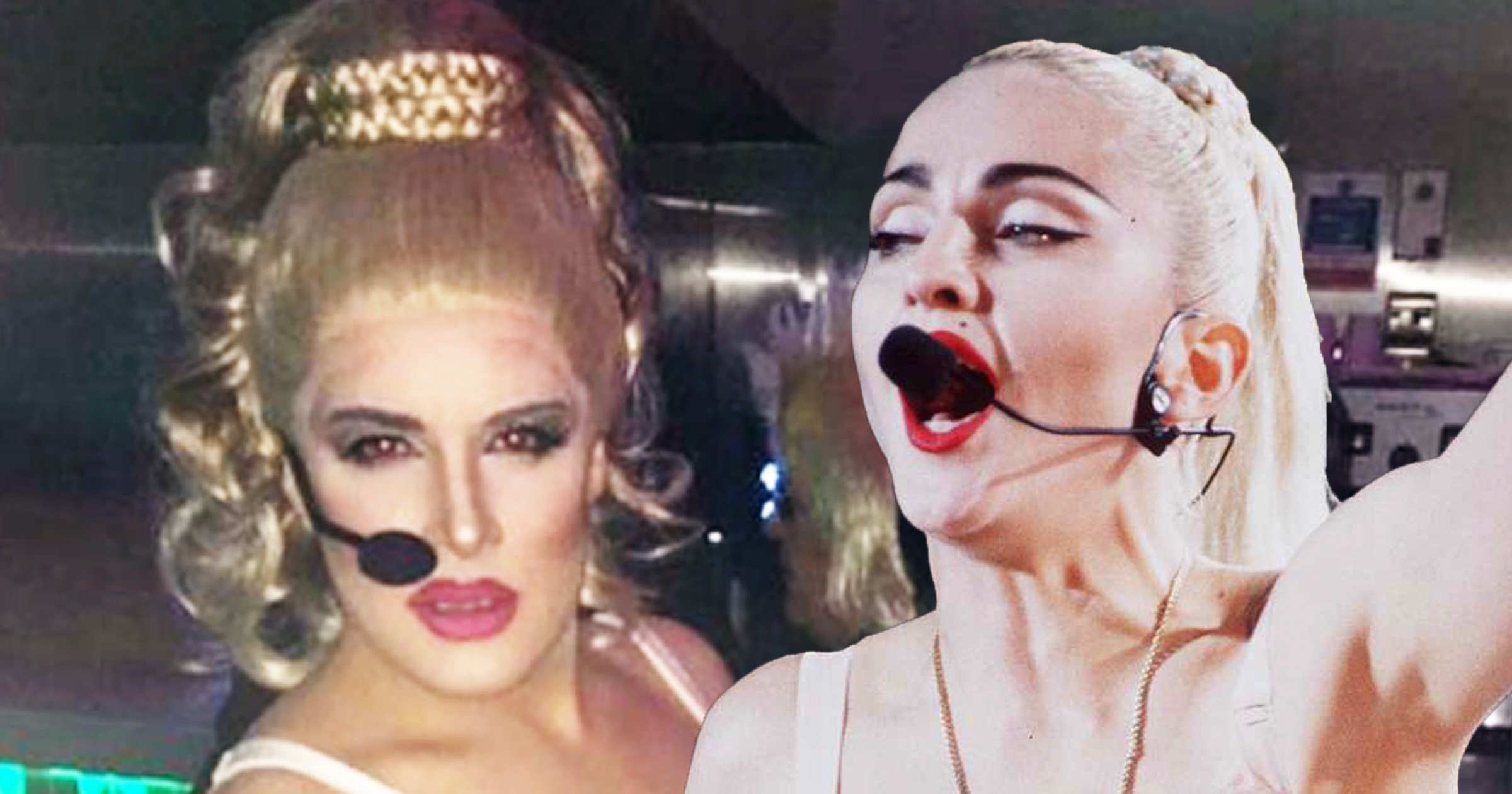 Singer Joe McElderry has shared a truly jaw-dropping throwback photo of himself dressed up in iconic Madonna style, and we don’t use this term lightly when we say he looked unrecognisable.

The 31-year-old performer, who rose to fame in 2009 after winning the sixth series of The X Factor, more than surprised his followers when he reached into the archives to bring out a picture of himself kitted out head to toe like the Material Girl star.

Rocking a copy of the star’s Jean Paul Gaultier outfit from the 1980s, Joe wore an all gold cone bra, red lipstick and high blonde ponytail to echo the look Madonna wore during her 1989 Blonde Ambition tour.

He even had a head mic and fierce make-up to complete the overall – very accurate – impression of the superstar.

Giving his best smoulder to the camera with one hand placed on his waist, Joe was snapped with a friend on a night out, who had opted to dress as Liza Minelli with her distinctive short, dark hair do and choppy fringe.

Joe captioned the post: ‘Found this pic of me and @richardjameshunt dressed as Madonna and Liza from a few years back for my bday party. Made me smile.’

His impressive transformation was sure to have made his fans smile too at the amount of effort behind the costume.

Just 18 when he triumphed on The  X Factor, Joe nabbed his first number one off the back of the show with his cover of Miley Cyrus’ The Climb  and has produced five top 20 albums since.

He’s also carved out a successful career in musical theatre, which included taking on the lead role in the UK touring production of Joseph and the Amazing Technicolour Dreamcoat.

Talking about how he walked away from The X Factor during the Boot Camp stage on his first try at the show, in 2007, he told Metro.co.uk last year: ‘I just had a freakout. I thought, this isn’t for me, I don’t like the cameras. I wasn’t a fan of the process so I walked away and everyone was saying, “You’re an idiot! That’s such an amazing opportunity!”

‘But I knew it was the right decision. I just went out, phoned my mum and said, ‘Can you come and pick me up, please? I want to leave.’

Meanwhile, the inspiration for his get-up has become known for the racy snaps she enjoys posting on Instagram in her underwear, although the 64-year-old recently opted to coordinate with two of her children, Lourdes and Rocco, as they took to the front row at the Tom Ford show at New York Fashion Week in sleek black clothing. 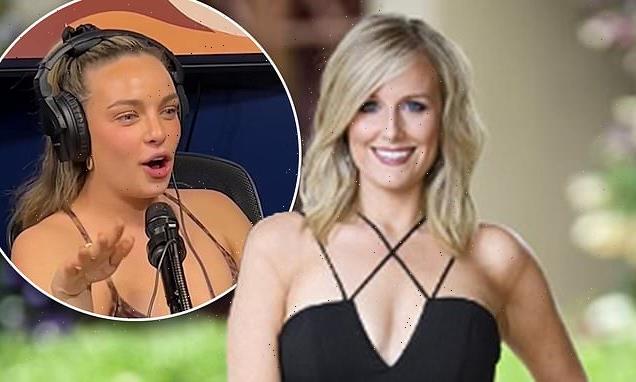 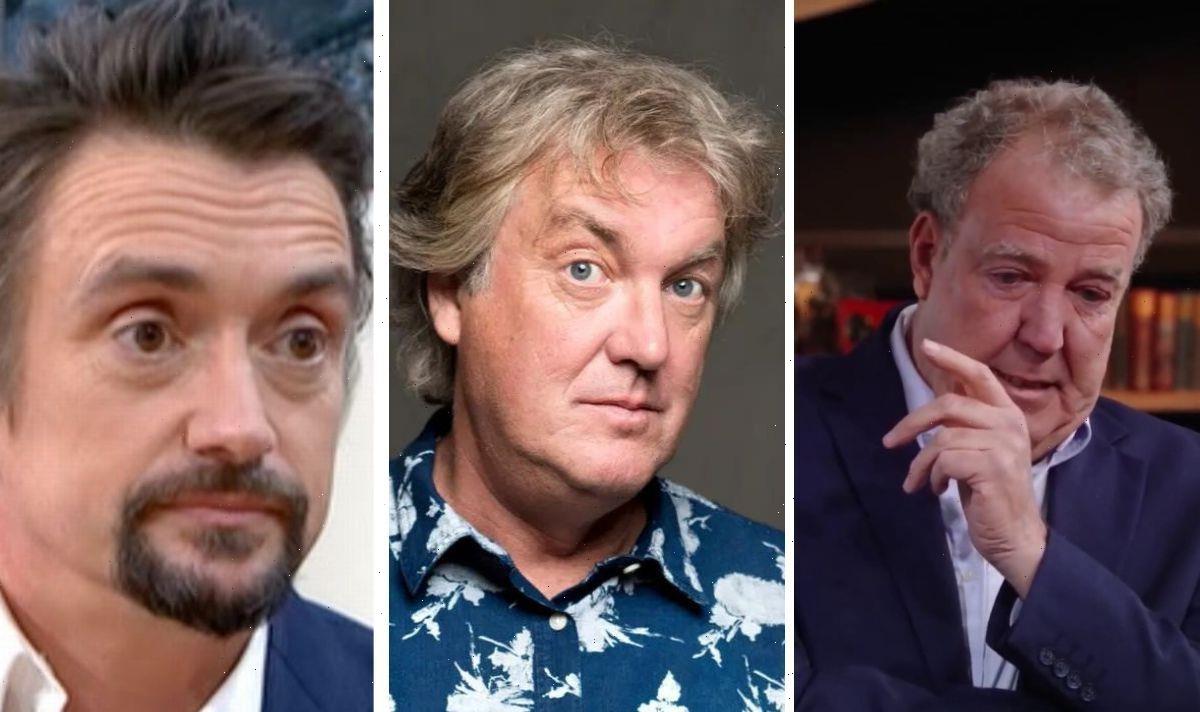