WWE legend Jerry “The King” Lawler says he was inundated with hate mail after attending a Donald Trump rally in Mississippi on Tuesday … but tells TMZ Sports his haters got it all wrong!

The 68-year-old WWE Hall of Famer was sitting right behind Trump as he went on a pro-Brett Kavanaugh speech on Oct. 2 … the same event where he mocked Kavanaugh’s accuser, Christine Blasey Ford. 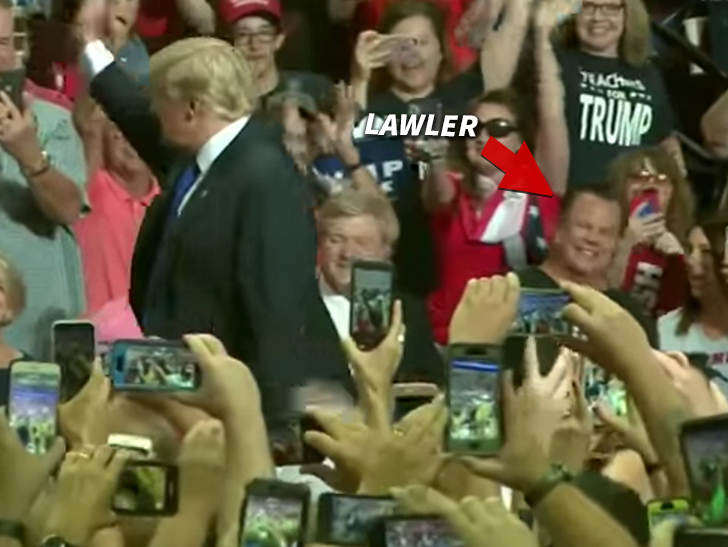 When we spoke with Lawler at Comic-Con in New York, The King explained that he wasn’t necessarily at the rally to support Trump in a political capacity … but as a friend and former colleague.

“We were asked by some people to go to the rally, and I went and unbelievably received from some social media some actual hate mail just for going to the rally of Donald Trump.”

“But, I want to tell everybody … I wasn’t going there to see the President, I was going to see a fellow WWE Hall of Famer … that’s all.”

Trump was inducted into the WWE Hall of Fame in 2013.

Next post Busan: Hot Titles at the Asian Film Market