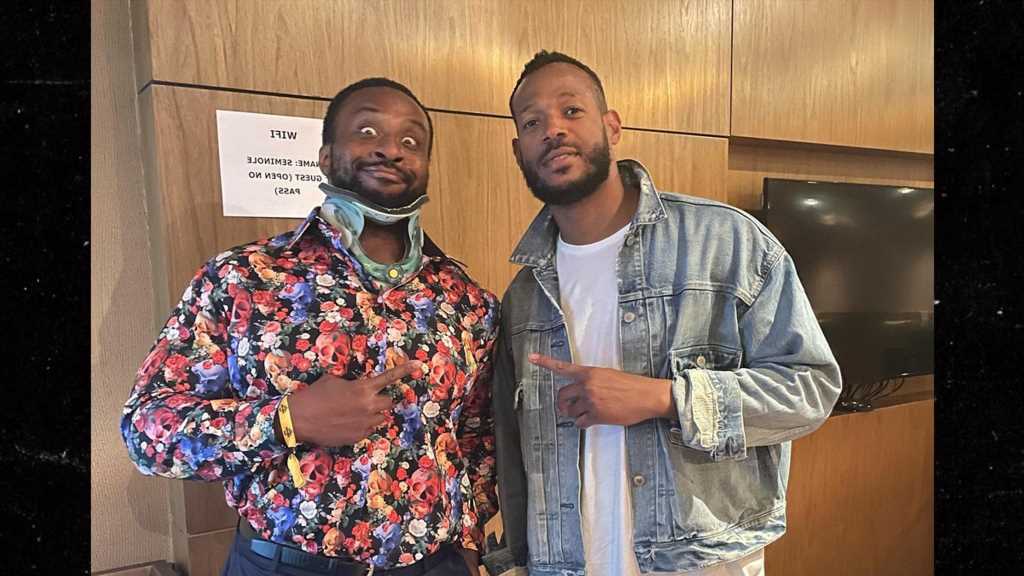 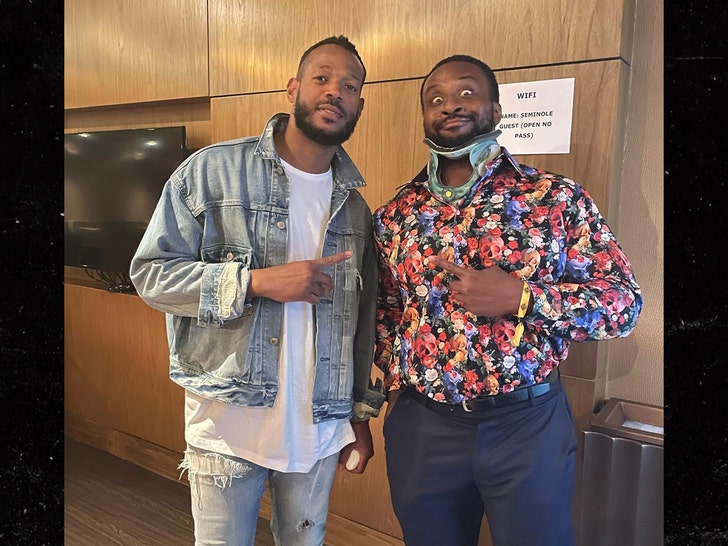 The former WWE champ posted a picture on Instagram of him and Marlon at the Seminole Hard Rock Event Center in Tampa … with the two sharing a friendly embrace. 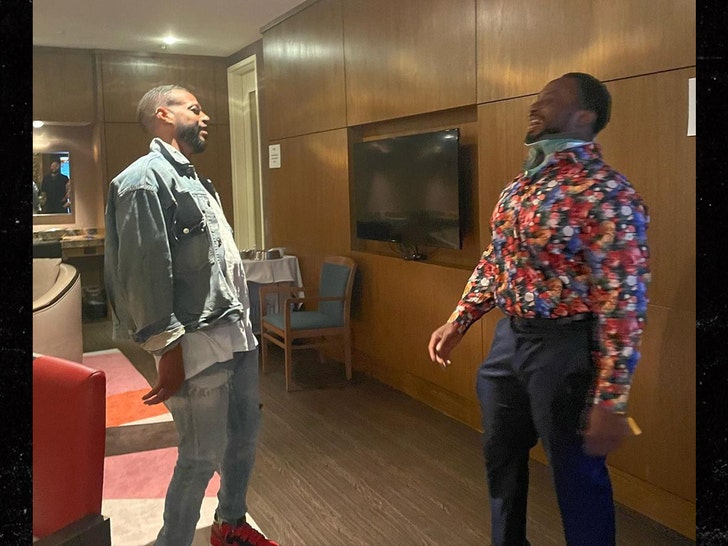 “Massive thanks to @hardrocktampa for a fun night of hob nobbing. (That sounds filthier than intended…)” E captioned the photo.

The event is worth noting ’cause E recently (March 11) suffered a devastating injury in the ring (well, technically outside of it) when fellow Superstar Ridge Holland dumped the 5’11”, 285 lb. star on his head, breaking his neck in the process.

After the belly-to-belly suplex went terribly wrong, E was carted out of the arena on a stretcher, and taken directly to a local hospital for treatment. He ultimately had surgery … which thankfully went well, according to the wrestler. 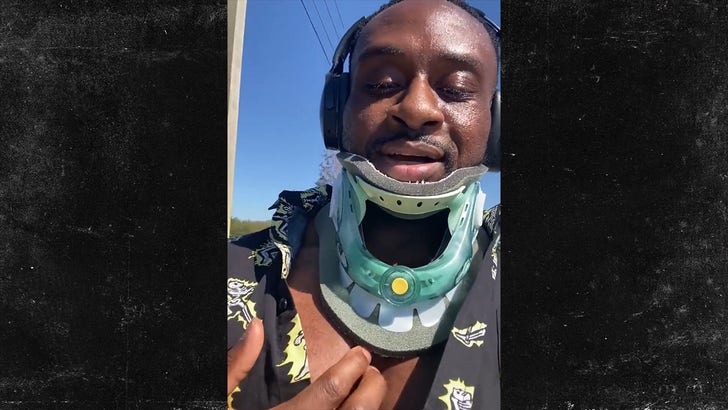 Seeing Big E out and about, smiling, is a welcome sight for WWE fans … who are obviously concerned about the WWE Superstar’s health.

As the saying goes, sometimes laughter is the best medicine. Get well soon, E!