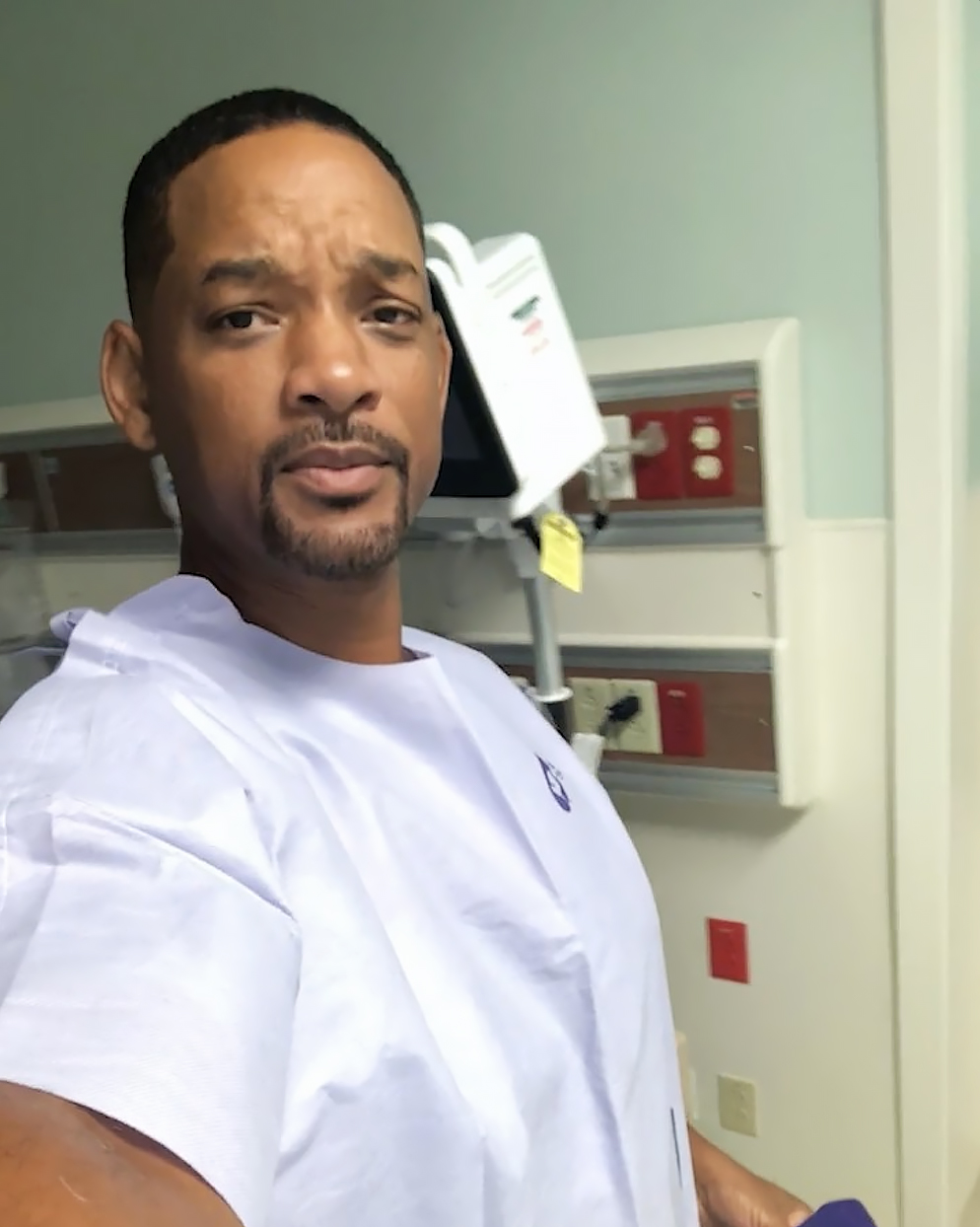 Making a statement! Will Smith documented his colonoscopy in a video he shared on Instagram on Wednesday, November 6, in an effort to showcase the importance of getting the procedure.

The video begins with Smith, 51, filming himself looking unenthusiastic before the examination. “These are my little no-slip socks, that’s my gown, it opens in the back,” he said. “My a– is gonna be out so they can get to it easy.”

The clip cuts to another shot of the Aladdin star wearing a hospital gown. “My a– gonna be out,” Smith whispered to the camera before a shot of his blurred-out butt.

They said you can’t get to 50 million followers on IG without showing your butt. So here I am, gettin’ a colonoscopy for the clout 😉 link in bio for the vid 👀

“They said you can’t get to 50 million followers on IG without showing your butt,” he captioned the post. “So here I am, gettin’ a colonoscopy for the clout ;-).”

The Instagram video is only a 30-second clip of a 17-minute vlog, which showcases the actor’s experiences before and after the procedure. “It’s 2019, gotta get our health right,” Smith says in the vlog. “There’s a certain amount of commitment and embarrassment involved with being healthy. You just gotta do it, man.”

Nigerian singer Ikechukwu Onunaku and Glee alum Amber Riley showed their support for Smith in the comments and noted they were nervous for their own colonoscopies.

“Damn. And there I was avoiding doing mine last week. Scared s—less. Ok,” Onunaku replied to the post. Riley wrote, “I’m about to be in the same boat soon and I am NOT EXCITED. But this is hilarious.”

Smith has made his health a priority since his recent weight gain. He explained on the September 23 episode of his family’s Facebook Watch show, Red Table Talk, that he started eating “like four or five muffins” every morning while on vacation.

“You know, Aladdin was successful, so I was like, ‘Muffin, muffin, muffin!’” he said. “Then for lunch, I would have a Moscow mule, I’d have a little vodka. That was pretty much my routine for the 10 days. I’d wake up, eat five muffins and go back to sleep.”

The former Fresh Prince of Bel-Air star added that his wife, Jada Pinkett Smith, and daughter, Willow Smith, made fun of him for his weight gain. “They started calling me Pudge Muffin,” Will said. “I’d gotten up to 225 pounds and it was the most I’d ever weighed in my adult life. I got to 223 on Ali, and I got to 225 on the muffin boat.”

After he returned home from the trip, Will said he fasted for 10 days. While he did lose weight, his blood pressure became dangerously low. Will explained that he realized he didn’t understand how to have a healthy diet. “I know how to eat to make my body look muscular. But I actually don’t know how to eat to feel good, I don’t know how to eat to be healthy,” he noted. “I couldn’t believe that I got to 50 years old without knowing you literally are what you eat.”

On the same episode of Red Table Talk, Will and Jada recalled the time they had to stage “a bit of an intervention” for their son, Jaden Smith, who drastically lost weight after adopting a vegan diet.

“He was wasting away. He just looked drained. He was just depleted. He wasn’t getting the nutrients,” Jada, 48, said. Since then, Jaden is less restrictive with his food intake.

“I also just wanna say that I’m vegetarian. I’ve tried to be vegan,” the 21-year-old rapper said. “I’ll go vegan for a week or so, but for the past year, I’ve been vegetarian.”