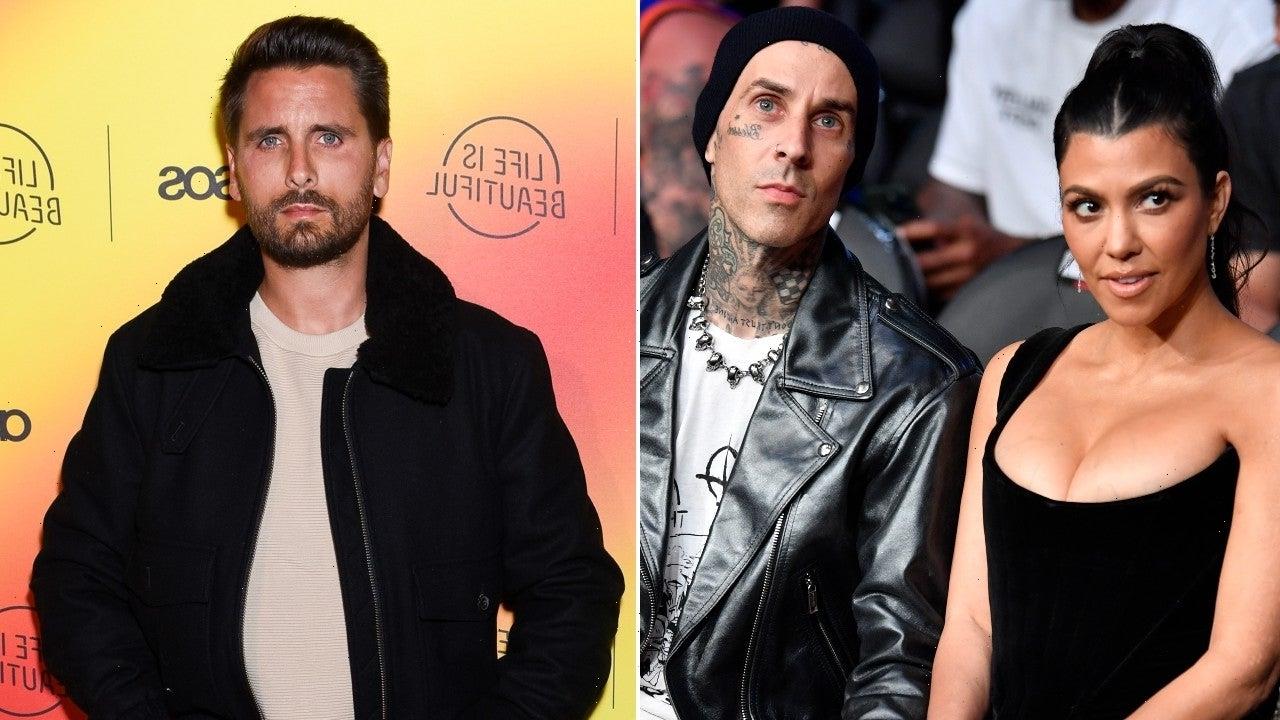 Kourtney Kardashian and Travis Barker are staying happy inside their bubble… no matter who tries to pop it. The couple recently returned from a romantic overseas getaway to Italy and France, and though it looks like they had a great time, it wasn’t without its drama.

While abroad, Kourtney’s ex, Younes Bendjima, claimed that her other ex, Scott Disick, sent him direct messages about her trip with Travis.

In the alleged DM from 38-year-old Scott, there’s a photo of Kourtney, 42, straddling Travis, 45, and kissing him. The message reads, “Yo, is this chick OK!???? Broooo, like what is this? In the middle of Italy.”

Kourtney and Scott co-parent 11-year-old Mason, 9-year-old Penelope, and 6-year-old Reign, and the reality star is concerned how stories about them in the media will affect their children.

“Scott and Kourtney have always had a public united front and have done a great job co-parenting,” the source explains. “Kourtney doesn’t want her kids seeing anything online that makes it look like their parents don’t get along.”

As for her frequent PDA with Travis, Kourtney is not bothered by that attention.

“Kourtney has always been conscious of being private in past relationships, but she’s done caring what others think and is enjoying love with Travis,” the source shares.

Another source previously told ET that Scott is “salty” about his ex’s new romance.

“Scott has always been a little salty and upset about Kourtney and Travis’ relationship from the beginning,” the source said. “He doesn’t love thinking or talking about it. He tries to focus on his own life as much as possible, but sometimes it feels like it’s in his face and hard to avoid. Seeing Kourtney and Travis get more and more serious and her move on in this intense way has been a bit of a sore subject.”

After years of being friends, Kourtney and Travis started a romantic relationship in January. Scott is currently dating model Amelia Hamlin.