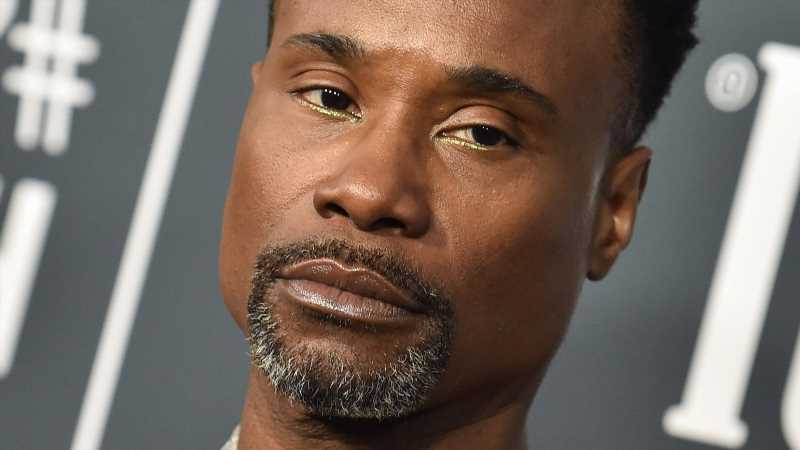 Billy Porter is breaking his silence about his health in a new op-ed for The Hollywood Reporter. The actor is opening about his HIV-positive diagnosis that he hid from his family and fans for 14 years.

Billy Porter recounted how he was diagnosed with HIV in June 2007, and opened up about why he didn’t tell his mother about his diagnosis for so long.

He noted that 2007 was the “worst year of my life,” due in part to a diagnosis of Type 2 diabetes and filing for bankruptcy. “And by June, I was diagnosed HIV-positive. The shame of that time compounded with the shame that had already [accumulated] in my life silenced me, and I have lived with that shame in silence for 14 years,” wrote Porter. “HIV-positive, where I come from, growing up in the Pentecostal church with a very religious family, is God’s punishment.”

The actor revealed how he kept the diagnosis from his mother to save her from possible “persecution by her religious community” and from his fans for the sake of his career. “I was trying to have a life and a career … it would just be another way for people to discriminate against me in an already discriminatory profession.” But he eventually told his mother, who replied, “You’ve been carrying this around for 14 years? Don’t ever do this again. I’m your mother, I love you no matter what.” And now, he is telling the world. This is why.

Billy Porter wants his HIV-positive announcement to set him 'free'

In his May 19 op-ed in The Hollywood Reporter, Billy Porter explained the reason why he wants to discuss his HIV status now.

Porter noted, “I’m living so that I can tell the story. There’s a whole generation that was here, and I stand on their shoulders. I can be who I am in this space, at this time, because of the legacy that they left for me. So it’s time to put my big boy pants on and talk.”

“The brilliance of Pray Tell and this opportunity was that I was able to say everything that I wanted to say through a surrogate,” wrote Porter of his HIV-positive character Pray Tell from his hit series “Pose.” “My compartmentalizing and disassociation muscles are very, very strong, so I had no idea I was being traumatized or triggered.”

Having ample thinking time in quarantine during the COVID-19 pandemic, Porter finally decided to open up to his mother and reveal his truth to the world.