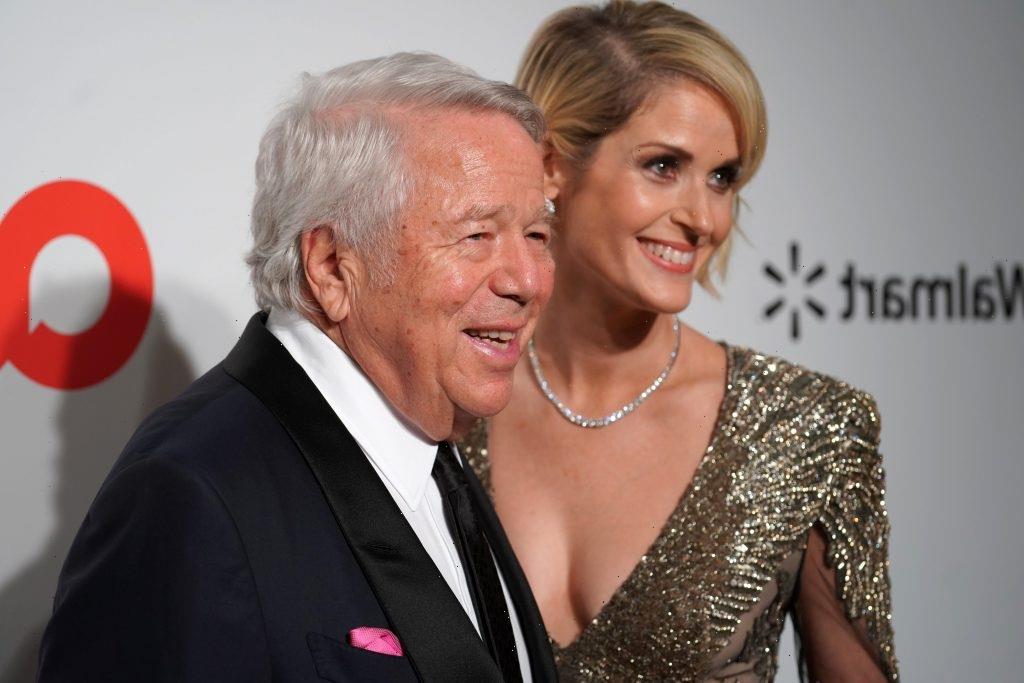 Few NFL owners grab the spotlight like Robert Kraft. In under 30 years, he went from an unknown millionaire who bought a struggling franchise to one of the biggest winners in sports. Much of this happened with his late wife Myra by his side. However, Kraft has stepped out with a new woman after ending things with his ex, Ricki Lander, in 2018. So who’s the Patriots owner’s girlfriend now?

The rise and fall of Robert Kraft’s New England Patriots

A generation who grew up with Tom Brady, Bill Belichick, and Robert Kraft’s two-decade run as one of the greatest teams in sports might forget the team’s status when Kraft first bought it. After all, it’s hard to fathom a world where the Patriots were a second-class team on the verge of moving. This was the case in 1994, according to CNN. That year, Kraft took a $172 million gamble with hopes of revitalizing the historically lousy franchise.

Joined by his wife Myra, Kraft worked up the ladder at Rand-Whitney Group, a paper company owned by Myra’s father. The newlyweds watched as Kraft became one of the most successful businessmen in the U.S. When Kraft took over, he leveraged a buyout that paved the way for Forest Products, an offshoot expanding the company worldwide.

With his capital, Kraft founded the Kraft Group, which helped him buy the New England Patriots in 1996. People scoffed when he explained why he bought the team. Kraft said his objective was “to help bring a championship to New England.” He did just that.

With Myra by his side, Kraft took the Patriots from the NFL’s cellar to the top of the league. A little-known quarterback named Tom helped guide them to one of the greatest eras in American sports history. Unfortunately, Heavy notes that Myra passed away after a long battle with cancer in 2011. Since then, Kraft’s ensuing romances have turned more than a few heads.

It didn’t take Kraft long to find a new love of his life. In 2012, just months after his first wife’s death, cameras caught Kraft getting close with actress and model Ricki Lander. Despite a nearly 40-year age gap, the two were inseparable. While Kraft kept it relatively private, he went about town with Lander by his side for the next seven years.

However, in 2018, Lander gave birth to a child Kraft claimed was not his. Not long after, he was caught up in an infamous massage scandal. He allegedly solicited workers at a local massage parlor for sexual acts. While police error got the charges dropped, Kraft maintained his innocence. He stated he knew nothing about what took place in the parlor.

As The Daily Mail notes, that storm eventually blew over, as did his relationship with Lander. However, Kraft is on to someone new.

Who is Robert Kraft’s current girlfriend?

In 2019, Kraft was spotted with Dr. Dana Blumberg. According to her page at Columbia Eye, Blumberg is an Associate Professor of Ophthalmology at the school. The pair was first spotted at the French Open, and Kraft has not been shy about bringing her along to every major event since then, from AIDS benefits to the Super Bowl.

Blumberg is successful in her own right. As a doctor at one of the most prestigious medical schools in the world, she’s helped revolutionize glaucoma treatment as well as many other severe eye conditions. Before her relationship with Kraft, she was already a passionate philanthropist, but her deep-pocketed billionaire boyfriend lets her stretch this even further.

Kraft and Blumberg appear to be in love, and after a tumultuous ride these last few years. Perhaps she can help to fill the void he’s still trying to cover after Myra’s death.