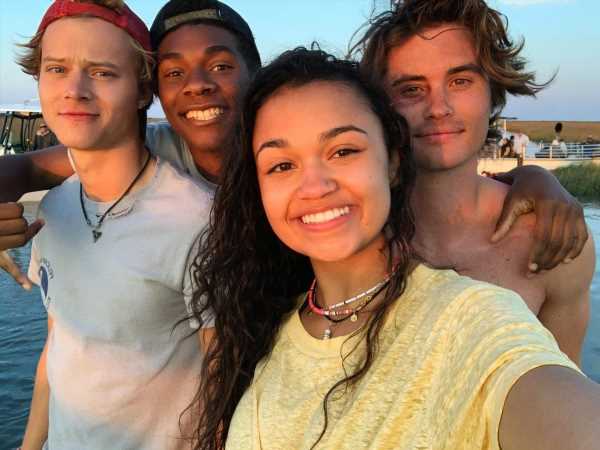 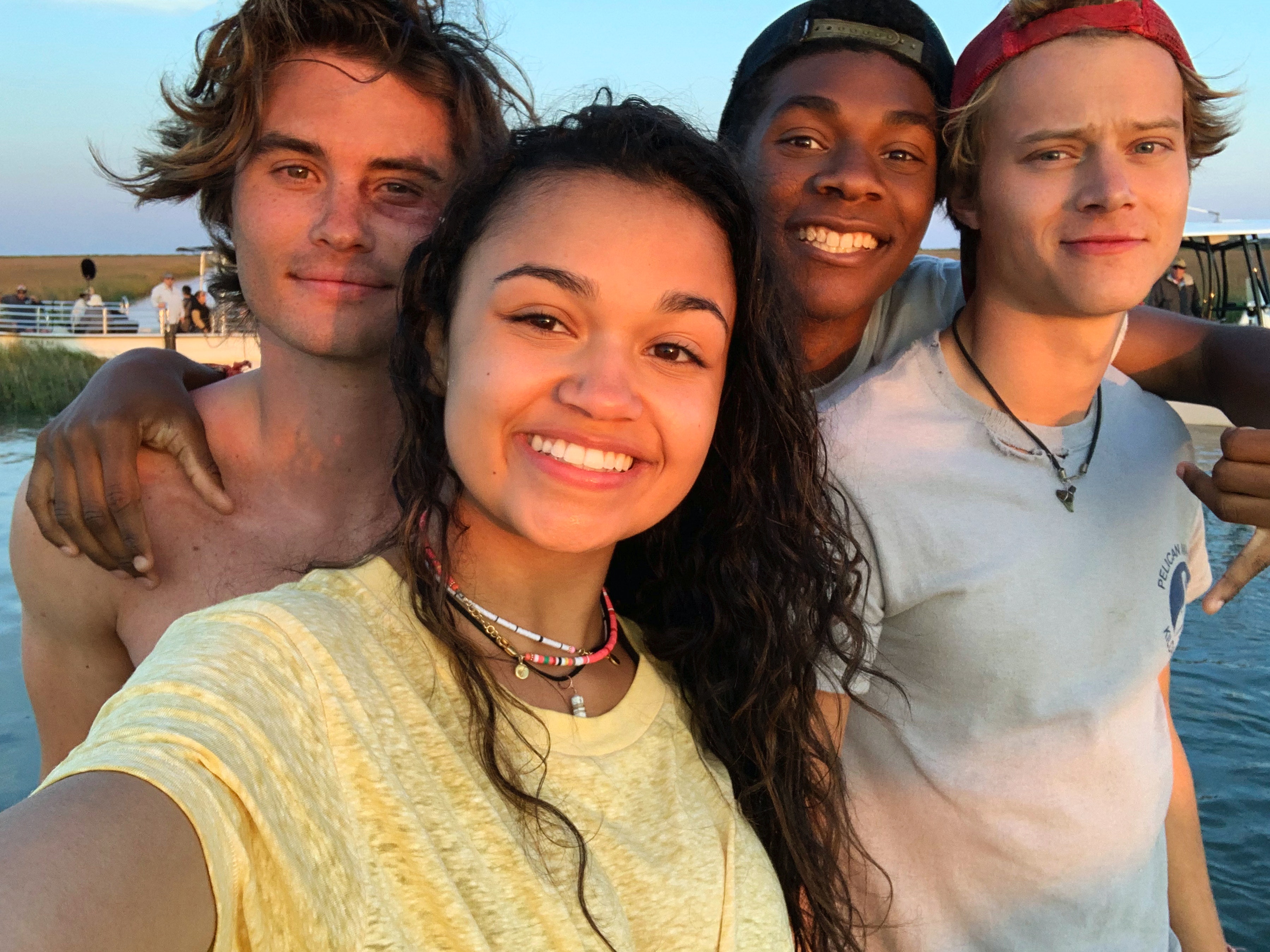 It’s been a year since fans first got to go to the Outer Banks, Netflix’s YA mystery drama. The series is a fictionalized tale of the local kids living in one of the East Coast’s most famous vacation spots, known as the Pogues. Season 1 followed the group as they find themselves headed on a wild treasure hunt after the season shuts down due to a hurricane. But the endless summer fun was never going to be one-and-done, and new faces are arriving for Season 2, including Carlacia Grant as Cleo. So who is Cleo on Outer Banks, and how will she intersect with the Pogue’s world?

The world of Outer Banks is already a complicated one. The series lead, John B. (Chase Stokes), is the ringleader of the Pogues group. However, technically, his girlfriend, Sarah (Madelyn Cline), is a Kook, part of the rich kids’ clique. The Kooks are the kids of the wealthy vacationers who see the Outer Banks as their personal playground. Kie (Madison Bailey), Pope (Jonathan Daviss), and JJ (Rudy Pankow) make up the rest of the Pogues crew. Meanwhile, the Kooks clique includes Rafe (Drew Starkey) and Topper (Austin North), Sarah’s brother and ex-boyfriend, respectively.

Carlacia Grant is part of a spate of new faces joining the cast. Grant’s character, Cleo, is described as "a Nassau girl, and formidable artful dodger" whose life will collide with the Pogues this upcoming season.

Grant is the second significant casting announcement for the new season. Previously, Netflix confirmed Elizabeth Mitchell (Lost) would also be part of the new season though her role is currently being kept under wraps.

As previously announced, Season 2 will begin in the Bahamas, which is where John B. and Sarah were headed post Season 1 finale rescue. But the series won’t spend the entire season down south. Speaking to USA Today, series co-creator Jason Pate said that only "a couple [of] episodes" would take place there, and then only partially. But what John B. and Sarah discover while they’re there will lead to a new mystery for the New Carolina crew to uncover.

Outer Banks Season 2 does not yet have a release date, but fans are hoping for one by summer.