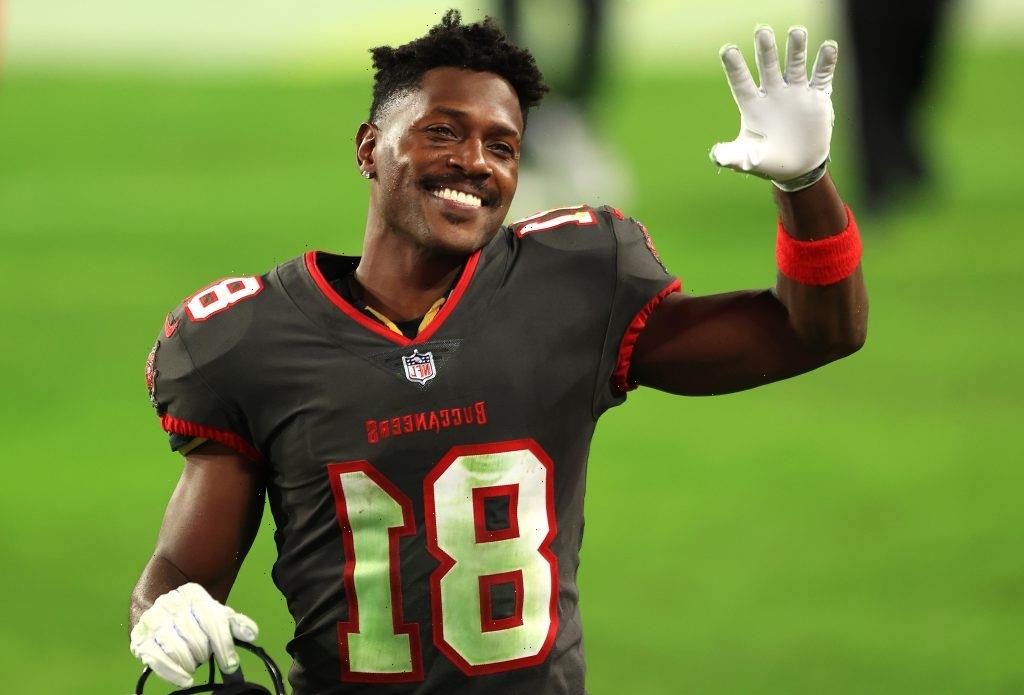 Antonio Brown has made headlines in the past for his behavior off the field and now the Tampa Bay Buccaneers wideout is in the news again for the wrong reasons following his suspension from the team.

Here’s more on what the NFL wideout is accused of doing, how his girlfriend Cydney Moreau is involved, and what we know about her including the famous star she was previously engaged to.

In July 2021, reports surfaced that Brown was vacationing with Cydney Moreau and they were an item.

The athlete’s rumored girlfriend was born on Dec. 19, 1994, in Louisiana. Moreau is a model who has over 1 million followers on Instagram where she posts much of her fashion, lifestyle, and modeling content.

In addition, Moreau has been featured in print campaigns for a number of clothing lines as well as athleisure and sports brands. She also has a fitness app and is an ambassador for the watch and jewelry company Time and Tonic.

Brown and Moreau were both recently engaged to other people

Before getting together with Moreau, Brown was engaged to his on-again, off-again girlfriend Chelsie Kyriss who is the mother to three of the Buc’s player’s children. The two began seeing one another in 2012 but split several times over the years. They welcomed their first child in April 2014. Their second little one was born in March 2015, followed by their third in August 2017. Brown has three other children from previous relationships and Kyriss has two kids from a prior relationship.

Moreau was also engaged before dating Brown. According to Billboard, she met Latin recording artist Nicky Jam on the set of his music video “Atrevete.” In December 2019, they went Instagram official and Jam proposed on Valentine’s Day 2020. However, a year later the rapper confirmed that he and Moreau were over and there was no chance of a reconciliation.

“We are not together,” Jam said on the radio program Flow Urbano. “When I leave, I don’t go back. When I end something, it’s because there is nothing there.”

On Nov. 18, 2021, the Tampa Bay Times reported that Moreau contacted her beau’s former chef Steven Ruiz to get fake COVID-19 vaccine cards and told him that Brown would pay $500 for a Johnson & Johnson vaccination card. The publication shared screenshots of the exchange from July 2:

“Can you get the COVID cards?” Moreau allegedly texted Ruiz.

“I can try,” Ruiz responded.

Ruiz said Brown and Moreau did obtain fake cards and the chef decided to go public with the story after not being able to collect $10,000 he claims Brown owes him.

On Dec. 2, the league announced that Brown would be suspended three games for violating the NFL-NFLPA COVID-19 protocols.