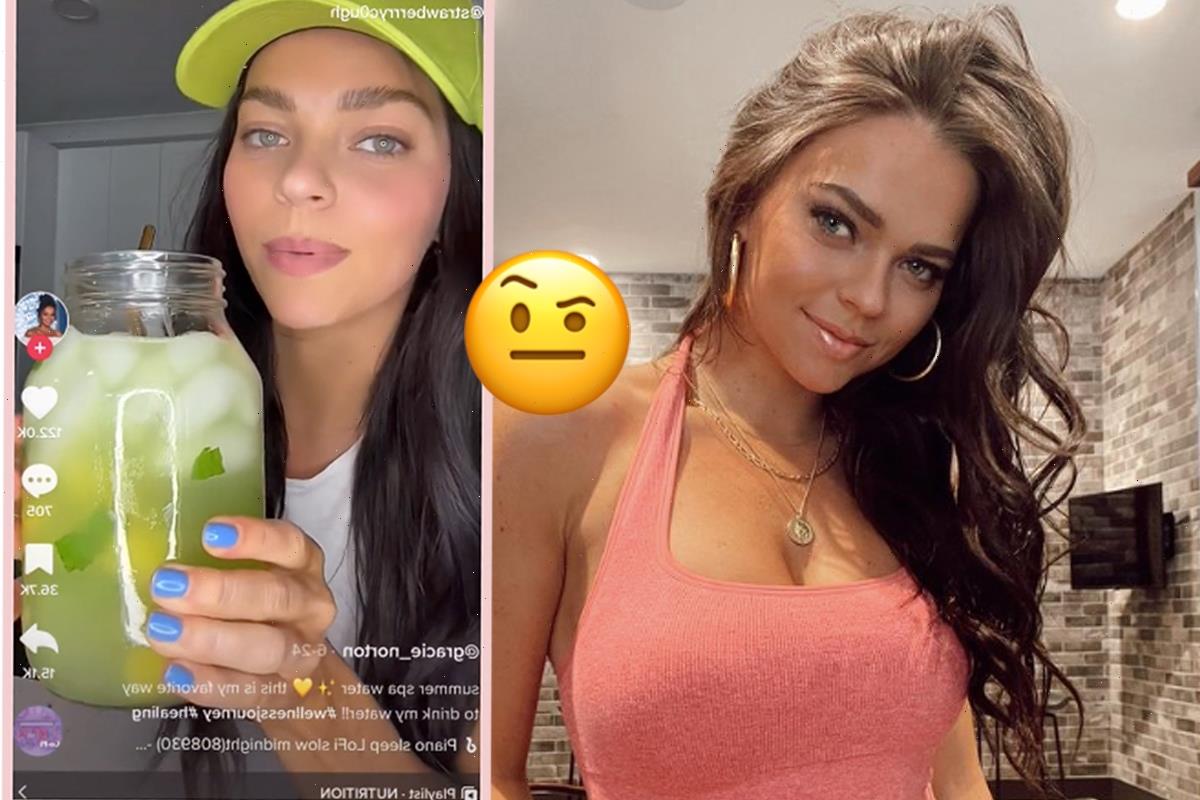 A TikTok user is facing backlash after whitewashing a popular cultural drink in the Latin community.

Gracie Norton took to TikTok recently to share news of a concoction of lemon and cucumbers she had been consuming lately with many benefits, including: hydration, antioxidants, and anti-inflammatory properties. She named the drink “spa water,” something we’re sure she hoped would catch on. But the thing is, the drink wasn’t a Gracie original… In fact, it predates her by CENTURIES.

For those who don’t know, Aguas Frescas (or “fresh waters”) is a staple drink in many Latin cultures, particularly in Mexico. Anything from fruits, seeds, flowers, cereals, and sugars can be blended with water to form the delicious, thirst-quenching beverage. This has been an important staple in the Latin community for centuries, even predating Columbus’ arrival to the Americas in 1492. It’s believed that the Aztecs first formed the mixture while traveling in Tenochtitlan (what is now Mexico City), later adding ice from nearby dormant volcanoes, according to New Mexico Magazine. The drink is extremely popular today in Mexico with some of the most common flavors being Horchata (a mixture of white rice and cinnamon) and agua de jamaica (hibiscus water).

See how easy it is to give proper credit where it’s due, Gracie??

After the young influencer shared the recipe for her “spa water,” many TikTok users were quick to call her out for attempting to re-brand and gentrify the cultural favorite. Many argued she was attempting to take ownership, making it seem like she had made the original discovery of the beverage. Not only that, they felt she was trying to make it appear more high-end by linking it to health and wellness communities. This is how things go from ubiquitous cultural staples to expensive fads.

Sadly, we see this sort of thing all the time where minority cultures have cultural items taken from them by the dominant White culture where they are then sold as being exclusive, exotic and trendy.

Gracie deleted the video, but the backlash was so overwhelming that TikTok actually suspended her account! Fellow influencers Rydel Funk and Brittany Julien posted videos of themselves trying the beverage, giving credit to Gracie for the recipe — but were quick to delete their videos before they could be called out as well!

Some actually came to Gracie’s aid by claiming that gatekeeping the beverage is no way to handle the situation, but sorry — that’s a specious argument. No one is trying to keep anyone from enjoying Aguas Frescas — just from stealing ownership of it! If credit had been given where credit was due from the start, if she had just popped on TikTok to say “I love Aguas Frescas!” instead of this attempt to rebrand it, then there wouldn’t have been such an outrage! Just saying!

As for Gracie, she apparently go the message. She’s since apologized on Instagram, explaining:

“The proper name for the drink is Agua Fresca, and the origin belongs to the Latin community.”

See, that wasn’t so hard! She added:

“I sincerely apologize to the Latin community and those of you that I have offended.” 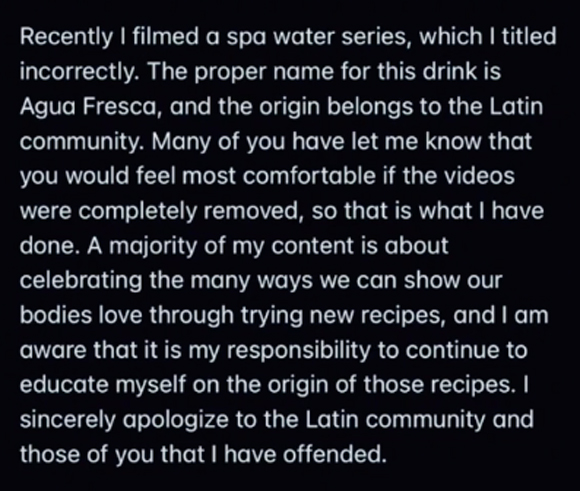 Anyways, what are YOUR thoughts on the messy situation, Perezcious readers? Let us know your stance in the comments below.